USRRC Pensacola 1965
After reading JohnZs story on the 1957 Sebring race, Kyle Dallas has requested that I share some race memories with the members. One problem with that is that although I am 1 year older than John, I haven’t had nearly as interesting a life as John, so it is more difficult for me to come up with an interesting story…with pictures. I have decided on this USRRC race at Pensacola, where I attended as a crew member on Skip Scott’s 427 Cobra. This was the very first race event for a real (Kar Kraft, coil spring) 427 Cobra.

Disclaimer: All of this narrative is “as I remember it”. After 41 years, others may remember it differently.

In 1965, Jim Hall had won the 12 hour Sebring race. This event coincided with the introduction of a new professional race series by the SCCA. It was called the United States Road Racing Championship, or USRRC, and was split into production and Prototype classes, which were further divided into over and under 2.0 liter categories.

There were 9 rounds to the championship, and the first round was at Corey Field in Pensacola, Florida.
Skip Scott was an independent “sportsman” racer, sponsored by Essex Wire, and supported by Ray Heppenstahl Racing. The limits had been reached in development of the leaf spring small block Cobra, and the new coil spring chassis, 427 Cobra had just been announced. Carroll Shelby, being to busy to develop this car, sold the first car to Skip Scott with a spare aluminum head 427 engine, transmission, differential, and four spare wheels for $10,000. I was a college student, occasional “hanger-on” at Mecom Racing, and was privileged to be asked to join the crew of Skip Scott’s car for this race.

The intent was to run our Cobra as a “production” vehicle. However, since this was the only one, the FIA said that until homologation papers were filed, we would have to run as a Prototype, over 2 liters, against the Lolas, McLarens, and Chaparrals.

Corey Field is an airfield, with no “facilities” or garages, so all of the teams were garaged in town. Our team had rented a small garage down the road, and Team Chaparral had rented the garage right across the street. Each morning we drove out into rush hour traffic, and drove to the track along with the Chaparrals. No facilities also meant no walls or guardrails. The pit road, pit straight, and hot pits were separated only by orange cones, hay bales, and 55 gallon drums half full of water. This precipitated a spectacular accident during practice, when Charlie Hays lost control of his Lang Cooper on the pit straight, and impacted one of these 55 gallon drums on the passenger side at 150mph. Charlie survived, but the car and debris was thrown through the pit area in what could have been a catastrophic accident. His car was bent into a “U” shape! We all used treaded Firestone race tires, which had to be “scrubbed” in on a skid pad. Two of Chaparral’s tires stood as tall as a 55 gallon drum.

Since only Ray and I were Skip’s crew, the refueling and tire changing was done by Team Cobra. Their team consisted of two 289 FIA cars, driven by Bob Johnson, and Tom Payne. Yes, I did get to drive the 427…….but only about 50 feet from the trailer into the garage. Ray drove to the track and scrubbed the tires (although I rode with him and took home movies). Skip did all of the track driving. Skip was very cautious with his driving, both in qualifying, and during the race. He had no off-track experiences, and had only a small dent on one side of the nose after the race, due to a collision with an orange cone. He qualified well, especially as we were racing with the “big iron”. My recollection is that Walt Hansgen qualified on Pole, with Jim Hall 2nd in the Chaparral 2A and Hap Sharp 3rd, in the second Chaparral. In under 2liter prototype, were lots of Lotus 23Bs, and Elvas of one kind or another (BMW, etc). One of the Lotus 23Bs driven by George Follmer had a Porsche 904 engine. Production classes were dominated by Porsche 904s (which won LeMans in 1964) and Lotus “Elans” (26R). One of my future competitors was Peter Greg, who drove a Porsche 904 but DNFd. Big bore production was dominated by our Team Cobras, although there was also one Mustang and one Corvette Stingray Coupe….which broke on the first lap.

The race was a disappointment for almost everyone except us (and George Follmer). I expected Jim Hall to lead, but Walt Hansgen was clearly quicker and lead from the start. He stayed in the lead until about lap 12, when his gearbox got stuck in 4th gear, and Jim Hall took over the lead. The Chaparrals were very smooth, but Hap Sharp,s #2 Chaparral quit on about lap 35. The Cobra team was very smooth and methodical in our pit stops, except that I got yelled at for thoughtlessly fastening a hood latch, when I was actually the “5th man over the wall” and could have gotten us disqualified. Towards the end of the race, Bob Johnson’s Cobra fried the differential, and drove around slowly to finish the race five laps down. Jim Hall’s Chaparral also slowed suddenly, and finished the race in the pits, with a finish of 15th place, and 6 laps down. This left an under 2 liter car, the Lotus 23B of George Follmer in the lead, and in fact he won the race. This development would lead to much recrimination later, when (after the race) the SCCA changed their own rules calling for separate championships for under and over 2 liter, and awarded the 1965 USRRC championship to George Follmer based on overall points, although Jim Hall had won most of the races, and also had most over 2 liter Prototype points. Mike Hall’s Mckee 427 Ford was 2nd overall, and Skip Scott’s 427 Cobra was 3rd overall, and 2nd in the over 2 liter Prototype class. We got a check for $3000, or about 30% of the cost of the car back in the first race (Skip would later sell this car to Ed Lowther, and buy a Ford GT 40 for most of this season). Tom Payne’s 289 Cobra finished 6th overall, 2 laps down, but first in class (over 2 liter production). In my opinion, this was an outstanding result for a brand new car, in it’s first race. Team Cobra treated us as an integral member of Team Cobra, and team manager Al Dowd gave me a Cobra team pin to commemorate the event.

I still had to get back to school in Beaumont, Texas, but since Ray was going on to his home in Philadelphia, I asked John Mecom Jr. for a ride, and he authorized me to ride in the tow truck and share the drive back with his driver Rudy. I said goodbye to my new friends, and shared the drive home towing the Lola T70 Chevy. Somewhere near Lake Charles, La. There was a bad highway accident involving a burning semi, but we avoided any involvement, and Rudy dropped me at my dorm on Monday afternoon. Great story and pictures. Thanks for sharing. If you have any more stories to tell I'm all ears.

Thanks so much for your look back at those fun times. You touched base with some of the greats.

I was a corner worker at that race, damn that was a lifetime ago. The Chaparrals are what I remember most. Thanks for the memories.

Thanks for the look back at the early days. All forms of racing were very different back then and I'm sure it was great to be part of that venue.
1989 White Cvt/Hdtp
1989 Callaway #59

Tyler Townsley said:
I was a corner worker at that race, damn that was a lifetime ago. The Chaparrals are what I remember most. Thanks for the memories.

Hi Tyler, My what a small world. I'm glad that all of you enjoyed this post, and I'll see if I can find another interesting race to post on later.

Nice story and photos. I am writing a history of the USRRC series and would like to know if I can use your photos? I am willing to pay for them.
Regards,

Welcome to the CAC. There's nothing like old race photos. Especially when there is a story attached.

Indeed! Great story, nice photos. Wish I'd been there.

Loved the story and photos. Thank you for posting.
Max Phunn 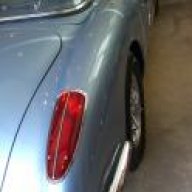 Thanks for posting a picture of Walt's Lola.....it is one of his cars that I did not have a picture of.....
He was always in fast company and left us way before his time.

Nice story and photos. I am writing a history of the USRRC series and would like to know if I can use your photos? I am willing to pay for them.
Regards,

The history of the USRRC is now complete and the files are at the printer. It has 340 pages with over 500 photos (both color and b/w). There are stories and almost complete results for each race. I have to say, "almost complete" because there are 2 races that I don't have the number of laps completed by those who DNF'd. There are points tables for each year, the appendix has maps of each track, track records, and more.

I have launched a Kickstarter campaign to raise funds for printing. This is your only opportunity to get an autographed copy at a discount. For those interesed, here is a link to my Kickstarter site: http://www.kickstarter.com/projects/445675026/publish-usrrc-1963-1968-the-story-in-words-photos<o></o>

The USRRC book is now available from the author. It have 438 pages, 500 photos, reports for each race with complete results charts, maps of each race course, and a foreword by 1965 Champ, George Follmer. At $100, plus shipping this is a great deal. Visit the blog Sports Car Racing Through Time: Sports Car Racing Through Time for order details.
You must log in or register to reply here.