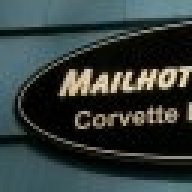 
You may be out of luck whichever way you choose.

I would think that any swap you're contemplating would reach or even exceed the $1000.00 your dreading to spend.

If I hear of anything to help I'll let you know.

Chuck M
Doesn't everybody have a 4 post lift in their garage?

thank you! the shop said about 700 to rebuild it but is it worth it and will it leave me on the road again . maybe some might have one for sale or has had the same problems and can give some advice. thank you again !

I had an 86 not that long ago with 4+3. The oD unit took a crap on me as well. Mine slowly started to slip to the point where it would no longer stay engaged. I thought this would for sure be the disks in the trani. NOt the case........!!!
Before you start looking into rebuilding the unit there are a few things to look for first.
On the underside remove the trani pan and you'll see a pressure switch and a solenoid on the valve body. The pressure switch is a common problem (black plastic canister looking thing). Most people don't bother to check it and lose a ton of money rebuilding the thing. You can run a jumper wire across the 2 terminals, this will keep the switch on at all times. Use this as a way to test it. You can also hook a on/off switch to the jumper wire and and run it manually like that. Basically it will replace the switch on the shifter that is wired to the unit. This is all asuming that the switch is not busted, just shorted out. If the canister is cracked this won't work.
If you are at all handy, you can pull the valve body out (10 bolts maybe) and check all the hydraulic pistons. Make sure they are moving freely. The OD has a bunch of little springs in the back of it that will breakdown and can make there way into your valve body jamming the pistons. This happned to mine. I had to pull the piston out and sand it down with fine grit paper to make it slide easily again.

Then you can always pull the OD unit out and rebuild it yourself. I did it in a few days. Couple hours a day on it. Not as tough as people make it out to be. There is a tecnique to doing it. (i could point you in the right direction) Once you figure it out its smooth sailing.

forgot to mention. You can buy the parts to rebuild it ($95.00) or general replacement parts at

ran low on fluid and now i have no overdrive and reverse , but 1-4 works fine dont know what parts to buy and is it safe to drive back and fourth to work as long as i keep the overdrive off and dont back up . and i did fix the leaking pan and refilled with new fluid and it backed up once and drove fine but when i got home it would not back up again , it trys the car rocks back but wont move and i was told to check the fluid while the cars in neutral and running is that right ,..thank you for any help !!!! :confused
C

The reverse gear is in the T-10 unit which is separate from the OD unit. (unless i am wrong it could be in the tail shaft, which in your case would be in the OD since the OD is your tail shaft) If you look under at the trani, you will see where the OD unit bolts up to the Body of the trani. Gears 1-4 including reverse are not in anyway part of the overdrive. So the reverse problem is not associated with the faulty OD. When you filled the trani did you drop the pan? or remove the drain plug? The drain plug should have been full of a real think gear oil. The overdrive unit has the redish colored automatic fluid. You def don't want to mix these up.
The T-10 is a very tough trani, usually they never have problems unless you race it. So i would assume you have a linkage problem with the reverse gear.

Will the trani go into reverse, but not move? or can't you even get it in reverse?
hmmm
C

BTW you can drive it all you want.
Oh you say it will rock the car thats it? Does it just slip? Like a bad clutch would do? wow thats weird
hmmm
D

yes like a bad clutch would do but only in reverse. the 4 forward gears are fine.hnoes
C

Now that i think about it, i think the reverse gear is in the tail shaft, but sholdn't have anything to do with the OD.
I have a shop manual for that car, let me look see what i can find.

OK the reverse gear in right in the center between the OD and the trani in a thing called the "reverse gear housing", It has a few idler gears that could be bad, but if that was the case the car probably wouldn't rock backwards. But then it has an internal shift fork (looks diferent than usual ones since it's a dif trani) that fork could be stuck. It may not be engaged the whole way. I would try playing around with the shift linkage under the car, see if you can free it up. Maybe get someone inside to sift through the gears for you.
hmmm
D

any kind of help will do im lost. :W
R

Not to hijack the thread but I'm haveing somewhat of the same problem. When I push the button the rpms drop but it wont engage. The rpms will drop in all gears 1-4 is this normal? I only notice the rpm drop if I let up on the gas than push the button, if I push it again the rpms jump back up 400 to 600 rpm.
C

i would guess that its partially engaging, maybe slipping clutches in the OD give it a feel that they are not engaging, they maybe engaging enough to lower rpms but yet not enough to grab and pull the car along. I can't think of any other reason the RPMs would fall.

the 4+3 seems to be one of the hardest parts of the C4 to figure out. Not to many people mess with them. Seems hard to get any real good answers. I know first hand, i went through this myself. After posting several threds, i decided to tear it apart. I got lucky it worked out
hmmm
D

i think ill pull it apart and see if i can fix it my self. so if any help you can give me ill give many thanks!!!!!

I have an 85 that had a 4+3. The previous owner ran over something and punched a hole in the O.D. pan, running it low on fluid. He patched the hole with silicone and put in more fluid - but the damage was done. I bought the car with no reverse. After some research on the net (I can't remember the site), I found that the loss of reverse is a sign of a major O.D. failure. Instead of spending the money to rebuild the O.D., I swapped in a Tremec TKO 500. This is beyond your budget even if you can fabricate your own kit. The T-5 is too weak to live behind a 350. The Camaro T-56 is a better 6 speed than the ZF and there are swap kits to put the Camaro 6 speed in your vette - still out of your budget. You might want to have the shop pull the transmission out and see how bad the damage is - it might be minor or it might be junk!
You must log in or register to reply here.