I own an '88 35th anniversary, stick shift. This has been a great car for about 8 years but now I have had a problem that I just can't understand and I hope that someone may be able to give me some ideas on what to try to repair it.

Symptoms:
1.) The car is a stick. I has the 4 + 3 Transmission. The first thing that I noticed is that instead of rolling gently to a stop at a light after using the brakes and pressing in the clutch, I could feel the car gently jerk to a stop (like it would do if you had the parking brakes on just a little, or you were applying the brakes a little too hard and too long on a regular stop). It is very subtle, but it definitely feels like the brakes are "on" a little all the time. I first thought that I must have bad shoes, but the shoes are fine. Then I thought that the parking brake must not be disengaging fully so I tore out the parking brake mechanism and loosened the parking brake cable so that it was not tight at all.... this did not change the problem. I had let the car sit a while and I began to think that the rotors might just be getting a little rusty or rough and that was causing the car to feel like the brakes are on... so I have driven it more, and sometimes it feels fine, but then other times it still feels like it is "jerking to a stop".

Symptom 2. The brakes feel fine ("stopping feel") about 97% of the time. Every once in a while, the brakes feel "mushy". Often the first time I use them coming out of the garage, they feel fine... but the second time I use them 30 seconds to a minute later, they feel "mushy". After that, they feel fine again for the rest of the drive or trip. I have no way of knowing whether this is related to symptom #1 above, but I would bet that it is. Both problems developed about the same time.

3.) Symptom 3. I have no idea if this is at all related to my basic problem, but the console between the two seats tends to get much hotter than it seems like there is any reason for it to get. I believe that I have heard others complain about the temperature on either side of the console (the lateral sides closest to the seats) but I am beginning to wonder if my brake problem may also be related to my transmission somehow. Its probably not related but I wanted to mention it.

Does anyone have some suggestions on what I might try to get this problem resolved?

I'd appreciate any suggestions or comments. Thanks in advance

Hi Gary,
Not sure if I have your answer but I'll try, Could the jerking feeling be the overdrive kicking out ,or a brake piston sticking and finally applying.
# 2, the mushy feeling in the brake pedal, I had the same thing ,I installed speed bleeders and bled the brakes,I don't think that was done in my 86 since new and that took care of the mushy pedal.
Numbers 1& 2 could be related if a caliper piston is hanging up.
# 3 I'm not too sure about, You might want to put a call out to c4c5 specialist for that one ,BTW my 86 is warm after running about an hour or so,espically in stop and go traffic.
Hope I was some help and could point you in some direction.

Gary, in regards to the brake problem, just guessing here, but I'll bet you have a warped rotor.

Symptom 3. I have no idea if this is at all related to my basic problem, but the console between the two seats tends to get much hotter...
Click to expand...

All I can say is that do you mean to tell me after eight years of ownership, you just discovered how hot it is in there? You never felt the heat emanating from the console when you had the ashtray door open? :L

When I re-did my interior last winter, I added extra insulation (both the stuff (DynoMat? -- I forget.) from Corvette Central and the stuff from the Eastwood catalogs (much less expensive ), as well as new insulation/padding for the new carpet. It helped considerably. :gap

I hope you find this site to your liking, and good luck with you Corvette!

I appreciate the comments posted to the board.... Thank all of you.

The problem with the brakes is difficult to describe and maybe there are two independent problems.... I am going to follow the suggestion and bleed the brake system and change the system to new fluid. That may resolve the mushy brakes problem and really all the problems with brakes. I shall see.

The main problem is the one where the car seems to "snap to a stop", even when I don't have my foot on the brakes. If I was out cruising around and then come back home and up the drive way, there is a large perfectly flat part right in front of the garage. If you apply the brake and then depress the clutch, a stick would normally just glide to a stop... very smoothly. The car would simply move ever more slowly and then simply stop. That is not what happens with my car. When the car is down to 1 or 2 mph and I have the clutch depressed and my foot no longer on the brake and it should roll to a stop, instead, it sort of "snaps to a stop". It doesn't roll to a stop. it jerks to a stop.

The comparison that I have experienced is that if I had the parking brake still engaged 5% and did the same thing, a car will kind of jerk to a stop. That is the feel but the parking brake is fully disengaged. So it is like one of the brakes is still more engaged than it should be without my foot on the brake pedal...

Will calipers not relase fully... will pistons not release fully? If so, what would produce that? That would be similar to what I feel, I think. Do they stick on? What would I do to repair or diagnose that problem?

Again, thanks everyone for the answers I have already gotten and would be happy to get more..

The same thing happened to me! Check the following,

with the car stopped brake on go between fwd & rev and see if anything in the driveline goes clunk when you reverse direction.

It could be a defective U joint or possibly a wheel bearing going out?

Jack the car up off the ground, and grab each wheel at the 12:00 & the 6:00 position and rock the wheel
in and out towards the car ( using opposite force with each hand) If you feel any play...your bearings are going out.

visually inspect the U joints for any play.

The mushy pedal is easy to fix. Had the same problem on the 90 with the six speed. Turns out that the brake master cylinder had some kind of problem. I replaced it and did a deep bleed (full flush) on the system. Brakes are rock solid now and no more strange pedal movement or mush. I also installed new brake hoses. Those fail over the years and cause unequal pressure in the system. Sometimes a bad hose can cause a caliper to not get enough pressure to stop all the way, or cause it to stay on.

You say you can coast to a stop and it will suddenly jerk to a stop? That is very strange. All I could guess is a possible failure in the rear diff or o.d. unit.

Try this (after you replaced the master cylinder). Jack up the car and support the rear wheels off the ground. Start rotating the wheels by hand. Look and listen. You may notice something that way by using hand pressure and everything being quiet.

Just to add to the suggestion of sticking calipers.
A good way to check is to examine the heat on each wheel after a drive. they should all be about the same unless a caliper is sticking.

Brake hoses, caliper piston seals as mentioned can cause this.
One of the other things to check for caliper sticking is the slide pins. they should have someheat proof lube on them at all times.

The most important maintanence item for brakes is brake fluid changes at least everyother year. The fluid is hydroscopic and absorbs moisture that eventualy can cause internal rust.

The varing pedal fell is a classic case of a failed Master cylinder. Have the engine running at idle and pump the pedal a few time until it seems to be at its peak, hold your foot on it for a minute or so and you should have almost no pedal sinking. If you do then seals in the m/c are leaking internaly.
Frank M.
Derry, New Hamphire 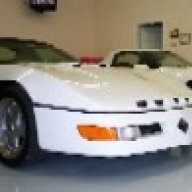 gejones, sounds like the master cylinder. It's possible that the pressure relief valve in the MC is glogged up, and not allowing the pressure to be released from the calipers.