92 Coupe LT1 a couple of questions? 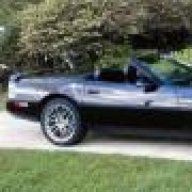 Car is 1992 Corvette Coupe, LT1 automatic. I have had a couple of other C4 Corvettes but they were L98, I am new to the LT1. Car has 54,000 miles and I have owned it for 6 months.
1. Coolant temperature is 198 to 201 normal driving and 203 to 206 in slow moving traffic with outside temperature at 92 degrees. Is this normal operating temperatures or do I need to do something to the cooling system? Temperature is from the digital gauge as my Coolant and oil temperature analog gauges do not work. I have replaced sending units for both still no analog temperature gauges working.

2. What is the best source to get the instrument cluster repaired with LCD re-placed and all gauges repaired as necessary and tested for correct functioning? As usual I want a quick turn around time and cheapest price.

Thanks for any and all replies.

Lotsa threads discuss running temperatures. Those sound on the low side but I see not need for change.