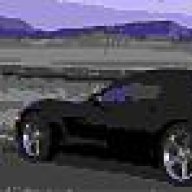 Anybody out there driving a 2006 paddle shift convertible (or coupe) notice an oscillating harmonic vibration that emanates from the drive train or possibly the exhaust system during heavy acceleration? If so, have you had it successfully diagnosed?

HI there,
Is this something that is FELT or HEARD???
Vibrations and exhaust resonance are 2 different things and both can be diagnosed with a Electronic Vibration tool at the dealership level.
Allthebest, c4c5
GM World Class Certified Technician.
Like us: www.facebook.com/corvettemechanic
http://twitter.com/GMvettemechanic
http://thecorvettemechanic.com
Podcast: Itunes, search 'the corvette mechanic'

I have had it to the dealership ... the service manager was able to duplicate and sustain by running the car at 4000 rpm uphill. He says that it is normal due to all the hp and not to worry ... says he has driven other A6 and they did it too, but I can't verify that he is just feeding me a line of bs.

The performance doesn't seem to be affected and it only happens during wide open throttle between about 3000 to 4500 rpm ... in any lower gear (haven't tried it in 5th or 6th ... too damn fast).

I know about the analyzer, but haven't pushed for a solution out of fear that the mechanics will screw up something during the process. I can live with it if it really is normal ... that's why I started the thread.
S

My A6 runs smooth as silk. No vibrations or harmonic resonance that I've noticed and I'm pretty sensitive to these things.

Thanks Silverman ... I love my car, but the vibes do worry me a little. I think the service manager was skirting the issue ... maybe I will take it elsewhere.