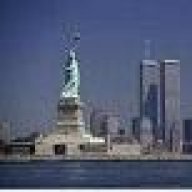 Has anyone installed an aftermarket stereo in their C6? If so, I'd be interested in make and model as well as some feedback

Just wondering if you put in the aftermarket stereo. I've heard there is serious wiring surgery reqired.

No, the stock radio is not Bose. 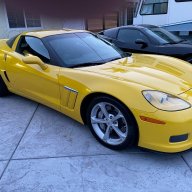 I'm digging this thread up from the dead to see if there's anyone else that has explored upgrading the sound system in their C6?

For some background, I've been in the consumer electronics industry selling higher end audio/video products for over 30 years. I've always loved music and liked high end stereos. In the mid to late 80s when I was in my mid 20s, I used to run 12V car audio shops. I remember selling the first generation cell phones before you could carry them around when they were Car Phones! We did some amazing sounding cars, from crazy loud to the better projects that were actually high fidelity in your car. As a side effect, I got to drive a bunch of cool cars in the process which cemented my interest in sports cars.

Fast forward to more recent times. for the last 25 years I've worked as a manufacturer's rep in the home AV space, so still selling state of the art AV stuff at a wholesale level, but being very removed from car audio. I've been driving SUVs with mediocre factory audio systems as they are a good fit for my job. About a year and a half ago, in my mid 50s, I finally decided that I should indulge myself in a sports car. I found a 2013 C6 2LT at a price I could swallow, with about 61K miles. At the time I thought that it would either be a six month dalliance, and I'd get the sports car urge out of my system and be done, or it would be my starter Vette. The car I found was a 2013 base 2LT coupe with an over the top aftermarket stereo in it. I almost didn't buy it as from my previous experience, I knew how bad a bad installation could screw up the car's electrical system if the installation wasn't done right. After looking at the installation quality closely, it was apparent that it was pretty well done professionally, if perhaps a bit over the top. I bought the car. It was in good shape mechanically and while it clearly hadn't been babied or garaged, didn't have any significant flaws. It was one owner and had no reported accidents according to Carfax. IT's black and I've learned to hate having a black car. It shows every spec of dust, but it has a bad ass stereo (see attached pic)!

Eighteen months later, I've found that I really like having a Corvette, but there's a few things I'd like to improve on. While not really looking, I'd kept my eyes open and a few weeks ago found a Velocity Yellow 2012 Grand Sport with a bit over 12K miles that looked like it had been babied all it's life. I bought it on Carvana as it was listed under KBB and had a seven day, no questions asked return policy. My detail obsessed mechanic deemed it to be in pretty much as new condition, so I kept it.

Here's where things get complicated. The aftermarket system in the 2013 supports Apple Car Play, High Res audio files, a backup camera and has a modern touch screen and sounds great, if a bit over the top. The stock 2LT Bose system in my Grand Sport sucks! The sound is mediocre at best and the nav system sucks. Phone integration sucks. It's a great car, but the factory technology package is really dated.

Having said all that, my initial plan was to just transplant the electronics package from the 2013 2LT to the 2012 Grand Sport and put the 2012 Bose system into the 2013 car, effectively restoring it to stock status so I can sell it. As I started to talk with a couple of better 12V specialists, it has become clear that just doing a swap would be expensive and not give me what I really want, which is great sound, modern tech and a minimal footprint in the Grand Sport. The system as it exists in my 2013 takes up most of the storage area (although it does accommodate the removable top). There has been much teeth gnashing and hand wringing while I sorted this out.

In the end, I've found a shop that I think can deliver what I want performance wise, while vastly decreasing the footprint in the car so I retain most of the cargo space while having a very current technology package. I'll have a very high performance hifi with modern nav and Bluetooth with a fairly minimal physical footprint.

I'll share a pic of what the cargo area on my 2013 looks like now, then update it on what the GS looks like once the job is done (late January).

That pic shows 2 x 12" JL subwoofers, an Alpine amp with 4 x 150 watts for the main speaners and 1 x 1200 watts for the subwoofers. It will definately rattle the mirrors in all the cars at an intersection if I'm playing obnoxious music at high volume. I 'm not interested in that going forward. I want great sound in the Grand Sport, but don't need that much output and want my cargo area back!

While they have much of the interior apart, I'm thinking of having them add in a sound insulation package like this:

VetteNuts Premium Insulation Kit C6 Corvette Ensolite IUO Here is another great Insulation package from VetteNuts. It is a peel and stick Ensolite IUO insulation material. This is a very high grade foam/adhesive combination that will handle high heat, is
www.vettenuts.net

It only adds 9lbs. , but significantly reduces road noise.

Anyone else done anything significant as an audio upgrade?

Well, I didn't do it, but 007 had had a major upgrade by the guy I bought him from. Alpine ampand speakers and a Pioneer head unit. Pretty sure he added the insulation kit in the process. I really need to have the installation looked at, as the last 3 or 4 times out my SiriusXM radio has worked for a bit them errors out saying "Check Antennae" It's crazy, as it works fine for 15 to 20 minutes then quits. Maybe a new head unit is in my future.....
2007 Atomic Orange Coupe Cashmere/black interior