Question: "Brace" when tops are off coupes? 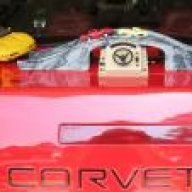 Does any one know about/have seen/or purchased a "brace" that goes in place of the acrylic or hard top on a coupe? I was made of what looked like 1.25 in. square metal, painted black.
I saw a C4 Coupe at an autoshow that had such a brace that when in place it resembed the frame around where "T-Tops" would be. (Around the perimiter and down the middle).
It "bolted" into the four areas that the tops would bolt into and was removeable so the regular tops could be put in place. The owner said it cut down on the usual C4 shake that happens when the tops are out.
Owner said it came with the car when he bought it used so he didn't know where it came from. Doubt it was custom made.
Anyone know about such a thing and where it can be purchased?
"Ah,I love the smell of burning rubber in the morning!" 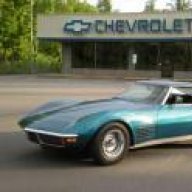 I think you may be referring to the "Targa Truss" at this website:
http://www.r-dracing.com/targa-truss.htm

That's it, thanks Mike.
"Ah,I love the smell of burning rubber in the morning!"
You must log in or register to reply here.