Ive come across one of these cars and am interested in buying it. Im pretty sure that people who work for Callaway post here and am curious if there is anyway i could give the vin number by posting it here or calling Callaway to confirm that the car is a legit Callaway Twin Turbo.

Also, just for opinion. THe odometer on the car seems to have a problem as it reads only 006874 but the guy said when he bought it from the dealership they claimed around 30,000. Now basically would you let true mileage concerns keep you from purchasing a car like this as it is only 1/35 made? As everything on the car runs strong and has been recently rebuilt. 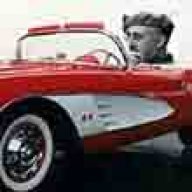 Call Callaway direct and ask. They have a reputation of being more than helpful to all Callaway owners.

Alfa's (over priced Fiats) are even a joke over here in Euro Land.
Having said that if anybody could ever breath some life into an Alfa then that man would be Reeves Callaway.

If nit picky things like Spedos working, door handles falling off, big end failures or major electrical problems were a deterrent to would be buyers nobody would have ever bought the first Alfa.

Buying a specialty car is always a gut feeling type of purchase. If you like the car buy it. The enjoyment of owning something you want will outweigh the annoyance of it sitting in the garage waiting for parts.

How would I know? I own some of the worst cars and bikes ever built. i.e., AH 100-4, Saab Sonett, Mahari, & 1/2 dozen old British bikes. Not one of them could be considered transportation but on that rare day that I put a few hundred miles on one of them then it is all worth while.
¨To be or to do? Which way will you go?" Col John Boyd 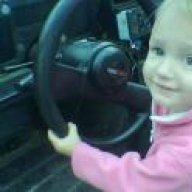 The Callaway Alfa was a very special car. but unfortunately they have lost ALL documentation whatsoever regarding their old turbo projects

Only when you are a Corvette TT owner or younger they still keep track.

also parts will be dificult to obtain.

I am into the old Callaway VW kits. So only know little about the Alfa's

If the car is in good shape and completely rebuilt, I personally would not worry about the mileage given its uniqueness. At that point, mileage does not necessarily influence its price. Granted, some documentation would help its value but it sounds like that may be very difficult to obtain at this point.

Now how about posting some pics

Question: New car to me. Did I pay too much?