OK guys, I need some opinions. I ordered a new C6 and I'm considering a "3M Clear Bra".
First of all, are they worth the price? Does the film stay on even with a sharp water spray? Would you do it yourself or pay someone to install? Is there a local source in the Detroit area? What is the going price? If you own one, would you do it again?
Thanks in advance.
W

I got mine installed about a year ago, after owning the C6 for less than a month.
Yes, I am satisfied and would do it again. It's durable and will not come off with a washing.

Do not install it yourself, if you never did anything like that before. Most installers also do window tinting; it’s the same type skill.

I have a 2005 vert and clear bra was one of the first mods. I can play the radioand ends my expertise, so I had it done. Cost was 450 and he even gave me a couple of strips on the trunk to prevent dings when loading and unloading. Yes I would do it again. And nothing has come off to date.:cool
Jim 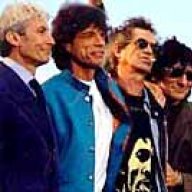 Thanks guys, I appreciate the input. I did find a local installer and will get in touch with him. Thanks again for your prompt replies.

I'm going to have the Clear Bra installed on my Vette. 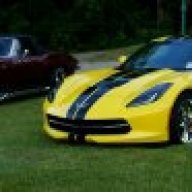 Provide some details, pictures, and feedback. I've been thinking about it also.

This could still turn out to be an interesting post. I prefer the the black contrast, but thats me.
2005 Mag Red Z51 MN6

I'll get some pix after I get it installed. I take delivery (tripple black vert) end of May. Can't wait!
S

I'm going to have one of these installed as well. 24 inch hood cover, the complete front end and chin spoiler, rocker panels and door handle recesses- all for about $1,000.

I'm concerned however about putting this on the car so close to the time it was built. I took delivery this past Saturday 5/5 and the car was built a week ago on 5/1. I'm tentatively gong to get it done on 5/17.

Anyone out there know if there's an issue with putting this stuff on such a new vehicle? Does the paint need to be cured for more than 2 weeks?

I also was told by the dealer not to get the 3M film on the headlights as the heat from the headlights causes the 3M film to yellow/peel off.
Anyone out there with insight on this issue??
You must log in or register to reply here.