Following a long layoff due to the COVID-19 pandemic, Corvette Racing makes its return to competition this weekend


CORVETTE RACING AT DAYTONA: Prepare for the Restart

DETROIT (June 30, 2020) – Following a long layoff due to the COVID-19 pandemic, Corvette Racing makes its return to competition this weekend at the same place the 2020 IMSA WeatherTech SportsCar Championship began. Daytona International Raceway is the site of Saturday’s WeatherTech 240 and Corvette Racing’s second IMSA event this season.


Five months ago, Corvette Racing debuted the mid-engine Chevrolet Corvette C8.R in the Rolex 24 At Daytona. It was a landmark event for the program, which is in its 22nd year of top-level endurance sports car racing competition. Unlike January’s Rolex 24, each mid-engine Corvette will have two drivers apiece for the two-hour, 40-minute race on NBC Sports Network – Antonio Garcia and Jordan Taylor in the No. 3 Mobil 1/SiriusXM Corvette with Tommy Milner and Oliver Gavin in the No. 4 C8.R.


All four are past winners at Daytona. At this year’s Rolex 24, Garcia, Taylor and Nicky Catsburg placed fourth in GT Le Mans (GTLM), and the No. 3 Corvette C8.R completed more miles – 2,794.60 – than any other Corvette in race history.


This weekend’s race will have a drastically different feel, however. Aside from the difference in race length and grid size, Corvette Racing (like all competitors) will operate in accordance with federal, state and local guidelines for social distancing and wear appropriate PPE at all times.


The event schedule will include a one-hour practice Friday with another practice Saturday morning, qualifying early Saturday afternoon and a race into dusk Saturday evening.


Corvette Racing is a three-time winner at Daytona – all coming at the Rolex 24 including an overall victory in 2001. The GRAND-AM Rolex Sports Car Series held mid-summer races at Daytona through 2010; Garcia, Taylor and Milner each competed in at least one of those previous events.


The Corvette C8.R is the fifth racing version that Corvette Racing has fielded since its first season in 1999. The team’s record since its debut is unmatched – 107 victories, 13 IMSA Team Championships, and 12 Manufacturer and Driver titles.


The mid-engine C8.R is based on the strong foundation of the 2020 Corvette Stingray with both developed simultaneously. There is a deeper level of technology transfer between the race car and production Corvette than ever before which helps contribute to many of its advancements. As a result, the C8.R shares the highest percentage of parts between the production and race car than any previous generation.


Initial design and development on the Corvette C8.R – with Corvette Racing engineers working alongside Corvette production personnel – began more than five years ago with track testing starting within the last 18 months. Heavy emphasis on wind tunnel and simulation aided in the testing program.


The IMSA WeatherTech 240 at Daytona is set for July 3-4 with live race television coverage on NBC Sports Network, NBCSports.com and the NBC Sports App starting at 6 p.m. ET on Saturday. IMSA Radio will broadcast all practice and qualifying sessions as well as the race on IMSA.com, which also will host live timing and scoring.

ANTONIO GARCIA, NO. 3 MOBIL 1/SiriusXM CHEVROLET CORVETTE C8.R: “It’s going to be a challenge for everyone. Not being able to test your development on track is a new thing to do. Everyone is working at home so it’s not easy. You go by how the race went at Daytona, and we hope we are fixing the items we identified but we couldn’t test them on track. That’s the only downside to that and having just two hours practice. It will be a challenge, but Corvette Racing is the best team out there. If anyone can do this, it’s this team.”


JORDAN TAYLOR, NO. 3 MOBIL 1/SiriusXM CHEVROLET CORVETTE C8.R: “It will be a much shorter race with a much different mindset. For the Rolex, you’re trying to race to the end and survive the first 20 hours to race in the last four. For this one, you’ll prepping a car for speed to compete in laptime and performance. You’ll have to take a lot more risks not to lose track position. There will be a bit of difference in strategy. Corvette Racing has a long history of bouncing between races of these lengths (endurance vs. sprint).”


OLIVER GAVIN, NO. 4 MOBIL 1/SiriusXM CHEVROLET CORVETTE C8.R: “It’s fantastic to get back racing. All credit to everyone at IMSA for working away tirelessly for the last couple of months to get us back racing at Daytona. It will be obviously pretty hot and sticky conditions but at least we will be back behind the wheel. Some fans will get to see cars out on track, which I think is fantastic. It’s been a long break… probably the longest period for anyone involved in racing. There isn’t a lot of track time at Daytona, which will present some challenges and be a little weird, to be honest. But everyone is really wanting to just get out there and get on with it.”


TOMMY MILNER, NO. 4 MOBIL 1/SiriusXM CHEVROLET CORVETTE C8.R: “With a new car, we are approaching each race trying to learn as much as we can. Winning races is always the target, and that won’t change whether we had a bad Daytona or not. For Olly and I, it’s about continuing to push the car forward and going for race wins. That’s the best way to make up that deficit. With less cars, it’s harder to make up larger point gaps but it’s the same for everyone. Just because we had a bad Daytona doesn’t mean we are out of it. As always, the goal at every weekend especially early on is to finish as high as we possibly can. Winning obviously is No. 1, but getting points is big. That won’t change by any means. There is an expected learning process with the new Corvette. If there is something we can learn early on here that will help us down the road then we will certainly explore that.” 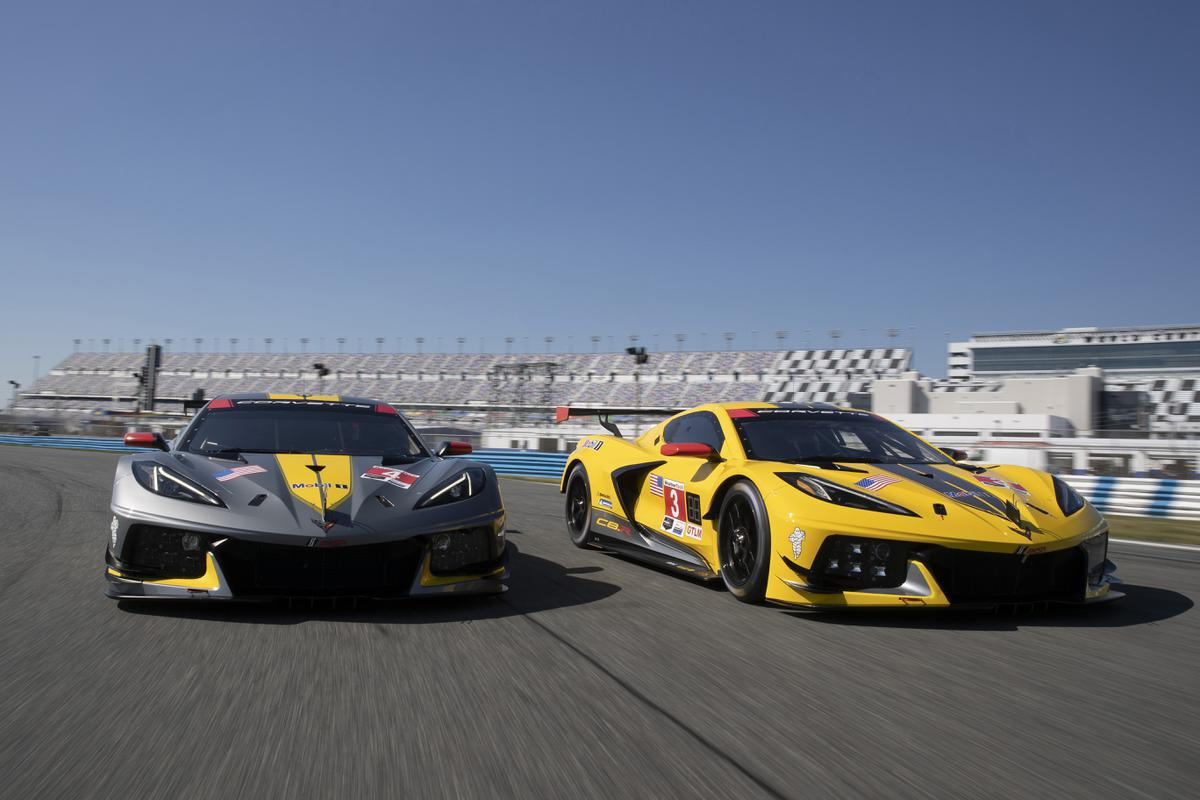