That also was the last time Corvette Racing started Le Mans with two cars on the front row. Antonio Garcia sealed the effort in the No. 63 Mobil 1/SiriusXM Corvette C8.R with a time of 3:50.177 (132.414 mph). It continued a solid pre-race program for the mid-engine Corvettes, which are at Le Mans for the second time.


The two Corvettes have shown impressive form since Sunday’s Test Day with the full benefit of running the WEC with the N. 64 Corvette being realized. The next goal is add another 1-2 finish… this time Sunday afternoon for the team’s ninth class win and first since 2015.


Corvette Racing will contest the 24 Hours of Le Mans on June 11-12 with the green flag set for 4 p.m. CET and 10 a.m. ET. MotorTrend TV will air the race live with the MotorTrend Plus adding on-board footage. Live audio coverage will be available from Radio Le Mans.


NICK TANDY, NO. 64 MOBIL 1/SiriusXM CHEVROLET CORVETTE C8.R – GTE PRO HYPERPOLE WINNER:"What a fantastic day and a fantastic car. It's great to see so many Corvette flags around the track. This is for everyone who is here to support us and here to watch us. Hopefully we can keep these two yellow Corvettes up front for 24 hours. It was great out on track. The car feels fantastic. These GTE cars are so much fun to drive when you're out there with fresh tires and low fuel around this circuit... it's a real privilege."
"The practices have been really good. Corvette Racing knows how into and race these events. It's been a long time since they've been on the top step at Le Mans. The plan is always to keep it clean, keep it fast and have a great race. The ultimate thing though is still to end up still on the track and first on Sunday afternoon."


ANTONIO GARCIA, NO. 63 MOBIL 1/SiriusXM CHEVROLET CORVETTE C8.R – SECOND IN GTE PRO HYPERPOLE: "You can't get much closer than that. It's the first pole and first 1-2 for Corvette in quite a while. They were good runs. It was pretty difficult to know what the track was going to be like. This new format for qualifying here is just different for us. It's the first time I did this, so I'm happy. I'm happy with how the car is running, for sure. Yesterday we were up front and we're still up front now. It's a nice place to start the race for sure." 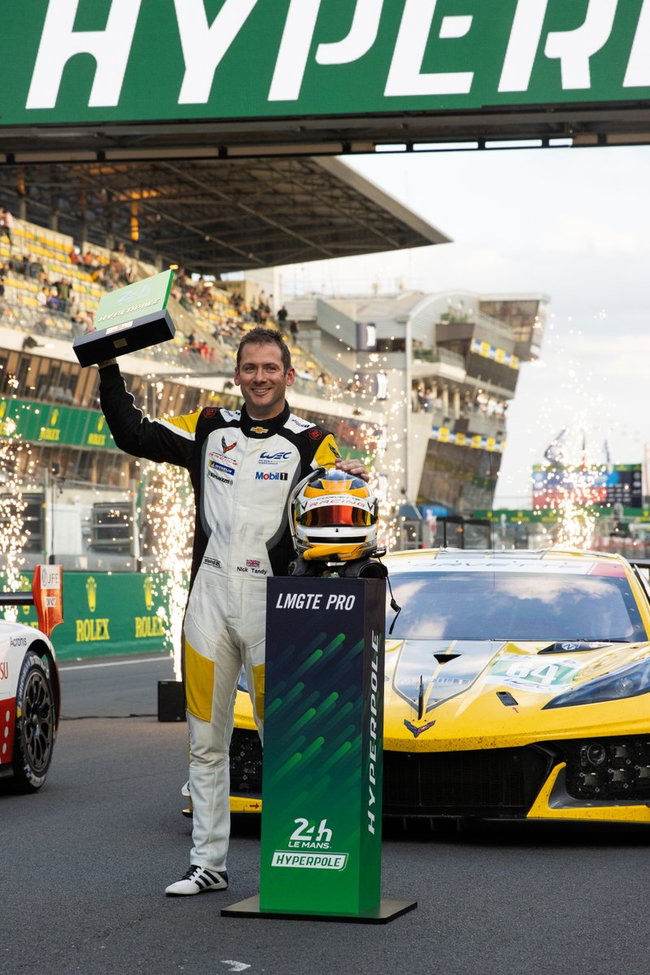