Taylor stymied in qualifying, No. 3 Corvette to start fifth on grid for GT-only sprint race


CORVETTE RACING AT LIME ROCK: Tough Job in the Race
Taylor stymied in qualifying, No. 3 Corvette to start fifth on grid for GT-only sprint race


LAKEVILLE, Conn. (July 15, 2022) – Corvette Racing will start Saturday’s Northeast Grand Prix from the inside of the third row after qualifying Friday at Lime Rock Park.

Jordan Taylor set a best lap of 51.302 (103.715 mph) in the No. 3 Mobil 1/SiriusXM Chevrolet Corvette C8.R. He’ll start fifth Saturday in the mid-engine Corvette that he shares with Antonio Garcia in a race where track position is key.

Taylor looked set to contend for the front row until a slower GTD car exited the pitlane and interfered with the Corvette going into the first corner. The Corvette’s Michelin tires were coming to their peak before Taylor had to abort the lap and regroup. By that time, however, the tires were past their optimum operating window and Taylor finished 0.223 seconds behind the pole-sitting No. 9 Porsche.

Corvette Racing used the first two practices to acclimate the GTD-spec Corvette to Lime Rock through a series of chassis and tire pressure adjustments.

The work paid dividends in the second practice at Taylor led the session late before ending second – just a half-tenth of a second behind the No. 9.

Corvette Racing’s history at Lime Rock dates back to 2004 with the fifth-generation racing Corvette, and the C8.R is the fourth different version of Corvette Racing entry to compete at the venue. The team has six previous victories to its credit to lead all IMSA entrants, and Chevrolet ranks second among manufacturers with 13 race victories.

The FCP Euro Grand Prix from Lime Rock Park is scheduled for 3:10 p.m. ET on Saturday, July 16. The race will stream live on Peacock and air same-day at 5 p.m. ET on USA. IMSA Radio will broadcast all on-track sessions beginning with Friday afternoon’s practice at IMSA.com. The IMSA Radio call of the race Saturday also will be available on XM 207 and SiriusXM Online 992.

JORDAN TAYLOR, NO. 3 MOBIL 1/SiriusXM CHEVROLET CORVETTE C8.R – QUALIFIED FIFTH IN GTD PRO:“Really frustrating session. We made good progress from the first practice. It took some time for us to balance the car and the tire this morning, but this afternoon we made a good step forward. I think a front-row start was a possibility until I got blocked. After that, I couldn’t get the tire pressure and temps back up and that was it. Overall I think our Corvette is good for tomorrow and we should have good race pace. We’re just going to have to work that much harder to make up positions either on the track or in the pitlane. We can do it but it’ll take patience and some luck at this track.” 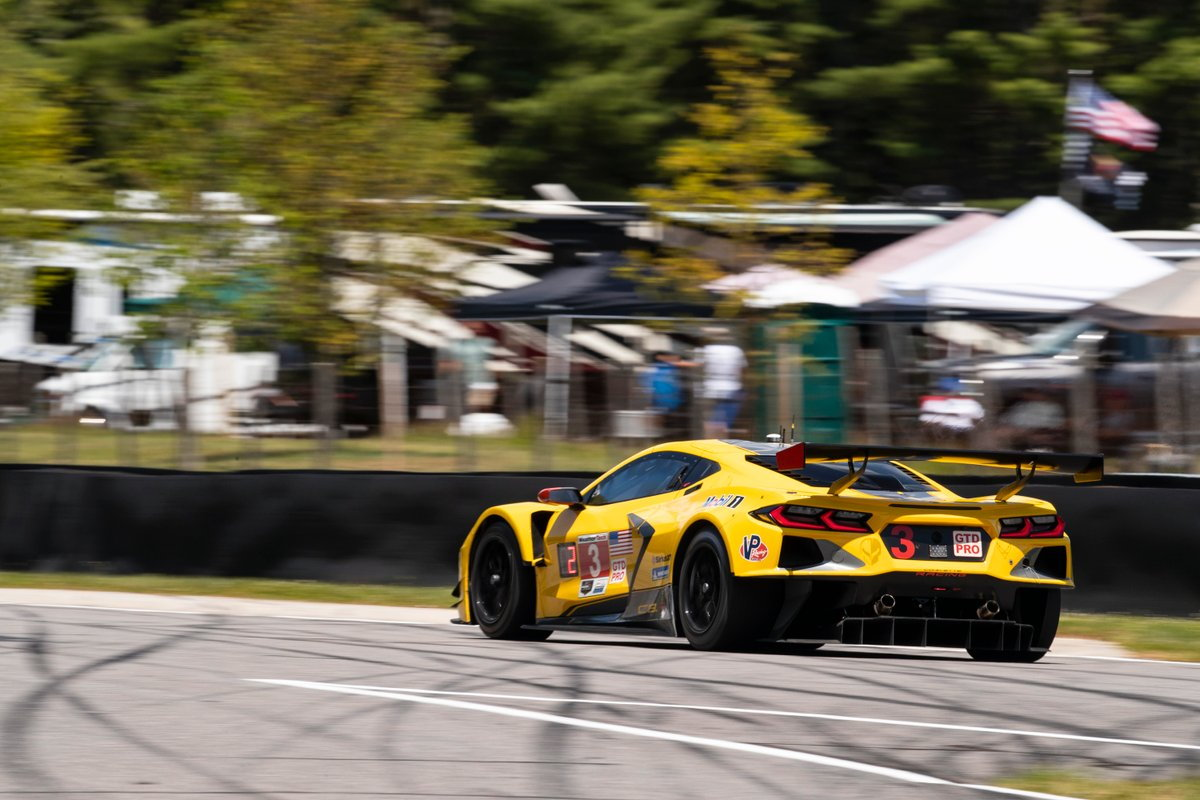