Garcia, Taylor, No. 3 Corvette drive back to take third in wild sprint race


Garcia and Taylor recovered from a mid-race, drive-through penalty in the
No. 3 Mobil 1/SiriusXM Chevrolet Corvette C8.R for a second consecutive
podium finish in the GT Daytona (GTD) PRO class. The pairing parlayed the
result into an early-season points lead in the category’s Manufacturer,
Driver and Team standings heading to WeatherTech Raceway Laguna Seca in
three weeks.


Taylor began from pole position after a sterling qualifying effort Friday.
One of the biggest early keys to the race occurred at the drop of the green.
Taylor perfectly timed his jump at the start and protected his lead down the
long frontstretch and into the heavy braking zone into Turn One. From that
point, he slowly and methodically opened a margin due to the strategic fuel
and tire management.


Taylor made the No. 3 Corvette’s one and only pit stop with 61 minutes left.
Garcia took over after what appeared to be a perfect tire change and refuel
by the Corvette Racing crew – carrying on the good work from the victory at
Sebring last month.


Unfortunately, the team had to serve a drive-through penalty for losing
control of a portion of its pit equipment. Garcia fell back to fourth in
class and a lap down, but the race’s first full-course caution only minutes
later (for part of the track curbing coming up) allowed Garcia to gain back
his lap and move back into podium position.


A pair of full-course cautions inside the final 30 minutes stymied any hope
Garcia and the Corvette team had to move back into the lead.


Corvette Racing’s next event is the Hyundai Monterey SportsCar Championship
from Laguna Seca in Monterey, Calif., on May 1.


ANTONIO GARCIA, NO. 3 MOBIL 1/SiriusXM CHEVROLET CORVETTE C8.R – FINISHED
THIRD IN GTD PRO:“Knowing that you had the pace and everything ran really
smooth, I think we should have won. But I do agree that it was fair that we
had a drive-through. It’s a bit of a shame. We worked very hard. We know we
are strong over a lap, but to race the other GTD cars is very tough. The way
every car achieves a lap time is completely opposite to us. That makes it
very difficult in order to gain back positions, especially here. Maybe if we
had a full 30 minutes of green after the penalty, who knows what would have
happened. We will take the result but it’s a shame for sure. That’s another
one to add to my list of ways to not win at this race!”


JORDAN TAYLOR, NO. 3 MOBIL 1/SiriusXM CHEVROLET CORVETTE C8.R – FINISHED
THIRD IN GTD PRO:"All things considered, it was a pretty good save for a
points day. Unfortunately because we had such a strong car and I think we
had a winning car, it’s tough to swallow to not maximize the points. As a
whole, we had a decent lead at the beginning of the penalty didn’t destroy
our race as much as it could have. It was such a fluke of an accident. It’s
unfortunate that it happened in the race. We’ll leave here with the
championship lead, which is great. We’ll go to Laguna Seca with more that we’ve
learned this weekend and build on that.” 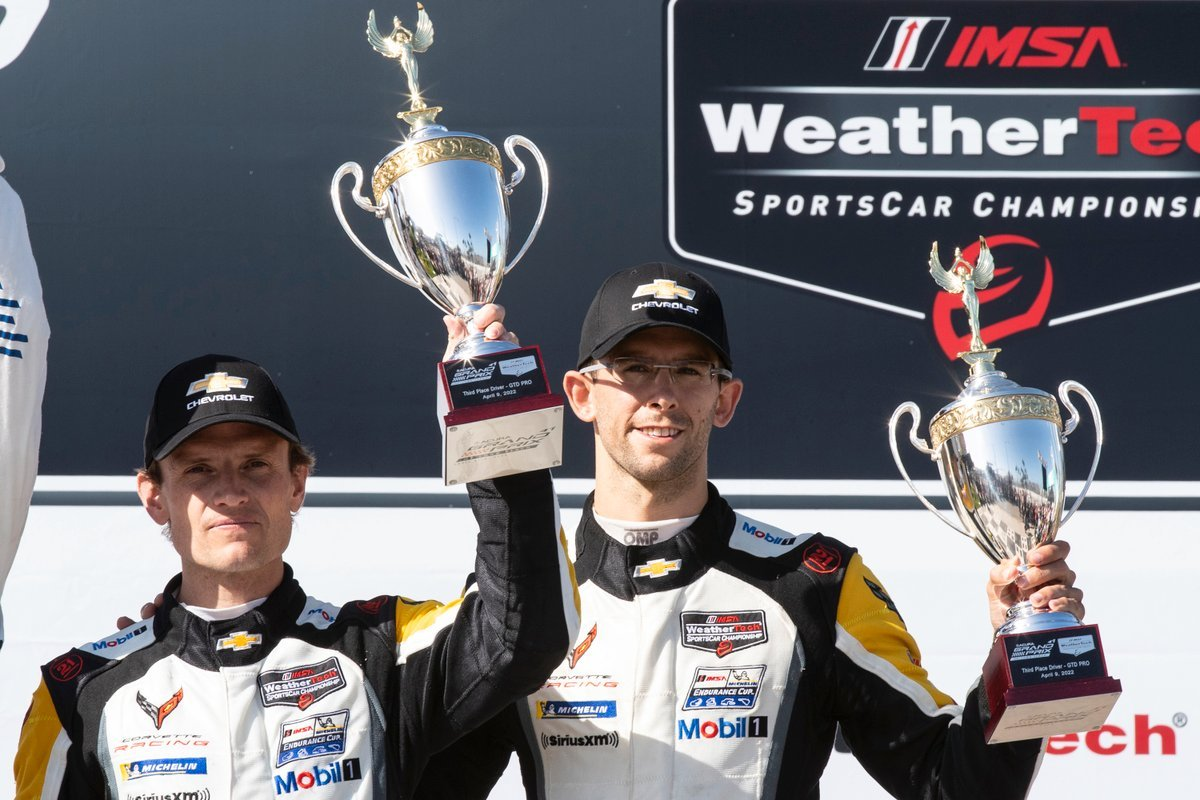 Ryan Smith
Judy Kouba Dominick
You must log in or register to reply here.