GTE Pro front-row start for No. 64 C8.R in Corvette Racing’s debut at Monza


MONZA, Italy (July 9, 2022) – Nick Tandy put Corvette Racing on the front row of the GTE Pro class in qualifying Saturday ahead of the Six Hours of Monza for the FIA World Endurance Championship.

Tandy set the fastest lap in class during Saturday’s final practice and was the only driver under the 1:46.000 mark ahead of qualifying. The competitiveness of the Corvette is a testament to the prep work on Chevrolet’s Driver in the Loop simulator and the efforts of the engineering team and crew to get the C8.R in an optimal spot for qualifying at a new circuit.

The team hopes to get back on the WEC podium, having started the season with a runner-up finish at the 1,000 Miles of Sebring. Misfortune while leading at both Spa and Le Mans dashed promising chances for victories at each.


The Six Hours of Monza for the FIA World Endurance Championship is scheduled for noon CET/6 a.m. CET on Sunday, July 10 from Autodromo Nazionale Monza in Italy. The race will air live on MotorTrend with live streaming coverage of the race on the MotorTrend Plus app. Radio Le Mans also will stream live audio coverage of the race.


NICK TANDY, NO. 64 MOBIL 1/SiriusXM CHEVROLET CORVETTE C8.R – QUALIFIED SECOND IN GTE PRO: "That was very close but I'm obviously really happy with a front-row start. The Ferrari looks very quick. It's nice for them to be on pole for their home race. Qualifying is always a situation where as a driver you push the limits. We had a fast lap but unfortunately I ran out of bounds of the track and we had the lap deleted. Luckily the car was still strong for the next two laps, which is a good omen for the race; it's not one lap of qualifying but an endurance race. So yeah, I'm glad we could get back in it and get this Corvette back on the front row. The first corner and first chicane at Monza... who knows whether it's better to start on the inside or the outside! But this was a good session, and it's overall been a good day and good weekend so far for Corvette Racing." 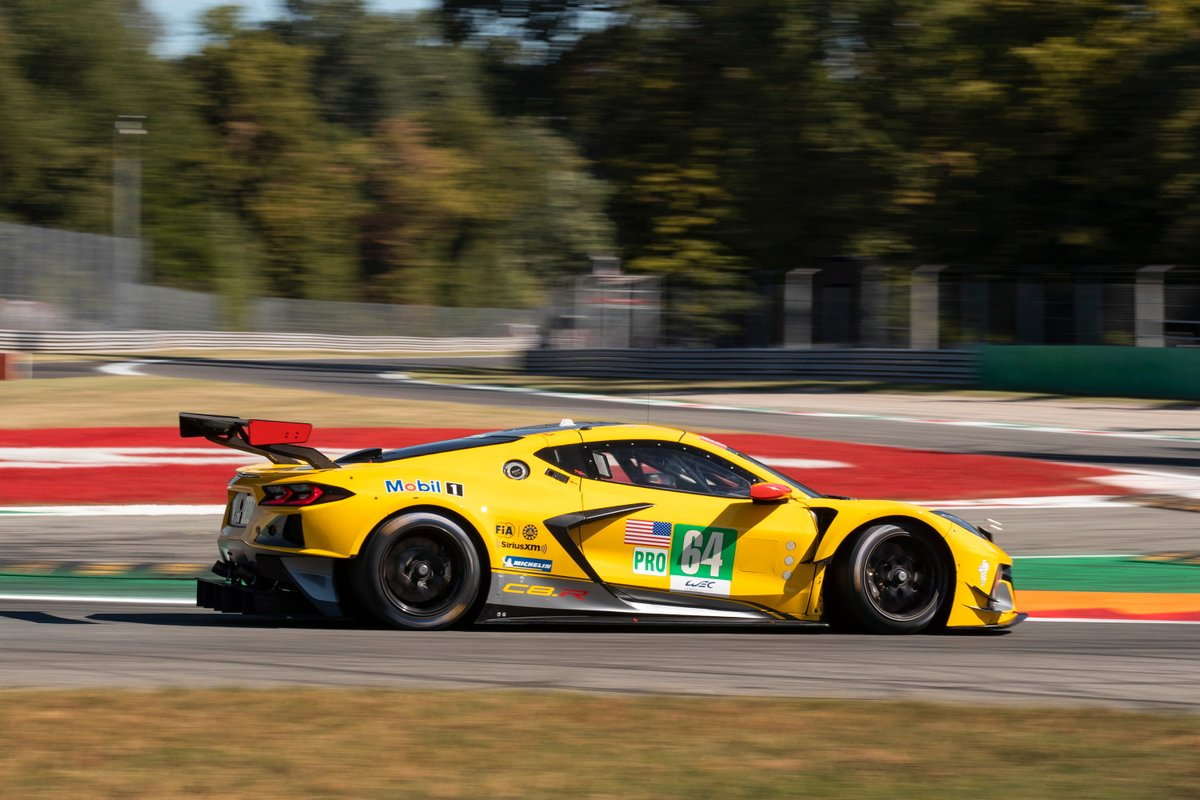