SEBRING, Fla. (March 14, 2022) – Corvette Racing’s Tommy Milner and Nick Tandy completed two days of solid, trouble-free testing over the weekend ahead of Friday’s 1,000 Miles of Sebring and the start of the 2022 FIA World Endurance Championship.


Evaluations of the Michelin tires for Sebring and the 2022 season – Corvette Racing’s first full campaign in the WEC – along with continual operational practice and strategies were the order of business for the weekend. The latter is especially key as there are notable differences in pit stop and race procedures for the WEC compared to the IMSA WeatherTech SportsCar Championship, in which Corvette Racing will also compete in Saturday’s Mobil 1 Twelve Hours of Sebring with a separate Corvette C8.R for the GTD PRO class.


The 1,000 Miles of Sebring for the FIA World Endurance Championship is scheduled for noon ET on Friday. Qualifying is set for 7 p.m. ET on Thursday, March 17. The race will air live on MotorTrend with live streaming coverage of the race and qualifying on the MotorTrend app. Radio Le Mans will broadcast the race, qualifying and all practice sessions.

TOMMY MILNER, NO. 64 MOBIL 1/SiriusXM CHEVROLET CORVETTE C8.R: "All things considered, these were two very good days. We didn't really have an issues, which was great. It was a good chance to understand the tires that we will use in the WEC throughout the season. It was an important two days not just for Sebring but also looking toward Spa, Le Mans and beyond. It's great to have a good baseline and we'll learn as we go. We're all generally pretty happy about the amount of information we got over the two days. So it was a very successful test.
"When you have essentially the work of running in two championships, there is a chance for some things to be overlooked or missed. But we had none of that... no issues that prevented any running, which was important for us to learn as much as we can to prepare for this race at Sebring and beyond.”


NICK TANDY, NO. 64 MOBIL 1/SiriusXM CHEVROLET CORVETTE C8.R: "It was a worthwhile couple of days for us. Even though we've run this car at Sebring a lot, it's kind of the first time we've run it here in WEC configuration. We have different tires, different power levels, different weight levels than what we run in IMSA spec. Even though the car and track is very familiar to Corvette Racing, we had a lot to get through. The good thing is that a mix of conditions – it was quite warm Saturday and Sunday was very cool in the morning with a quite a change in track temperature –it gave us some good work on getting an idea of tire windows and the like. We're all very pleased with how the test. We got through a lot of the work we wanted to. It sets us up nicely for the race week." 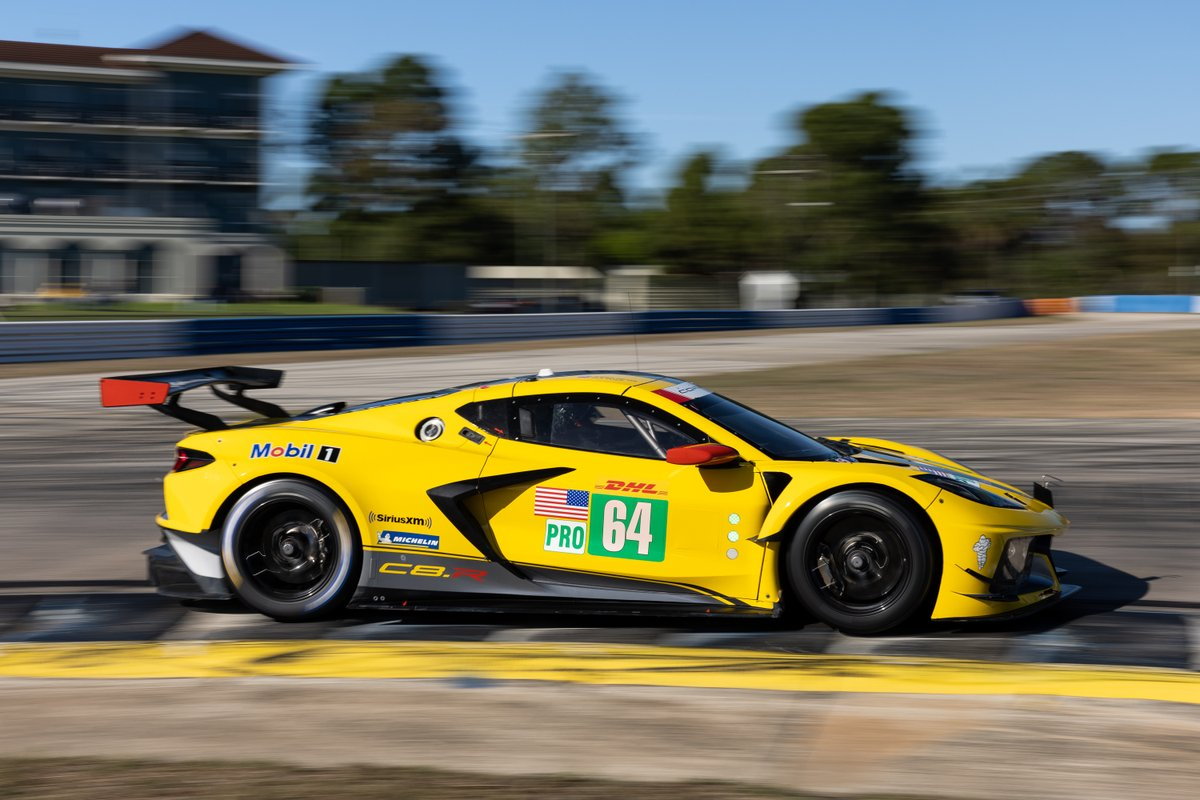