Press Release:
In the midst of one of its hottest streak of racing during the last few seasons, Corvette Racing heads to Virginia International Raceway

DETROIT (Aug. 18, 2020) – In the midst of one of its hottest streak of racing during the last few seasons, Corvette Racing heads to Virginia International Raceway for the Michelin GT Challenge at VIR – the fifth round of the IMSA WeatherTech SportsCar Championship.
The program, in its 22nd season of competition, has won three straight races in the GT Le Mans (GTLM) class and is coming off back-to-back 1-2 finishes with the first-year, mid-engine Chevrolet Corvette C8.R. Antonio Garcia and Jordan Taylor, the GTLM Driver’s Championship leaders, enter off an unexpected victory at Road America in the No. 3 Mobil 1/SiriusXM Corvette C8.R. The result also increased Chevrolet’s lead in the GTLM Manufacturer’s standings.
Oliver Gavin and Tommy Milner in the No. 4 Mobil 1/SiriusXM Corvette stand third in GTLM points on the back of a victory at Sebring and runner-up finish at Road America. The pair teamed for Corvette Racing’s initial victory at VIR back in 2012 when the team raced there for the first time.
In all, the program has three wins at VIR including two overall – 2016 and 2017 – as the race has transitioned into a GT-only race for the WeatherTech Championship. Garcia was part of the two latter winner efforts with Jan Magnussen, and the No. 3 Corvette has been on the GTLM podium each of the last four years.
This year’s event also will be the first for Jordan Taylor with the team as a full-time member of Corvette Racing although it isn’t his first time at the circuit with the team. He was a late fill-in for an injured Magnussen in 2014.
This time around, a different kind of Corvette will be present as the mid-engine C8.R makes its VIR race debut. The track, however, isn’t completely new to the 2020 Corvette as Corvette Racing tested its first two race chassis for the first time following last year’s VIR race.
That knowledge could provide a good omen. Each of the team’s previous three events following the COVID-19 shutdown came at tracks where Corvette Racing had tested the C8.R over the last two years – Daytona, Sebring and Road America.
Both the Corvette C8.R and the 2020 Corvette Stingray production car were developed simultaneously with a deeper level of technology transfer between the race car and a production Corvette than ever before, which helps contribute to many of its advancements. As a result, the C8.R shares the highest percentage of parts between the production and race car than any previous generation.
The Michelin GT Challenge at VIR is scheduled for 1:40 p.m. ET on Saturday with live coverage on NBC Sports Gold and Trackpass. NBCSN delayed coverage is set for 10 a.m. ET on Sunday. IMSA Radio will broadcast all practice and qualifying sessions as well as the race on IMSA.com, which also will host live timing and scoring.
ANTONIO GARCIA, NO. 3 MOBIL 1/SiriusXM CHEVROLET CORVETTE C8.R: "After three really good races, we are back at another track I really like in VIR – not just because we have had a ton of success but because I really enjoy driving around there. The grip level is very high, and the C7.R was pretty good there. We've tested the new car there, and there is some representative data for sure from that test. We were competitive there in years past against cars like the Ferrari and Ford that are a similar configuration to what we have now with the C8.R. I'm looking forward to getting back there and being a tiny bit more competitive than we have been the last couple years. We should have a good car and should be able to contend."

JORDAN TAYLOR, NO. 3 MOBIL 1/SiriusXM CHEVROLET CORVETTE C8.R: "Racing at VIR is a more of an engineering exercise. The track has a number of different corners – high-speed and low-speed – long straights, big brake zones. So you have long straights where you want to trim out the car and lose all your downforce and drag, but then you have some very technical sections where you want that downforce and braking capabilities. It's a lot on the engineers to find that perfect setup, which makes it fun. As a driver, it's a fun track. You have to know where you're going. It's very narrow with not much room for error. From those standpoints, it's always very challenging at VIR. From the experience I've had so far with the C8.R, it has suited different types of tracks very well. With this track layout, I think it will be a blast to drive around there in this Corvette."

OLIVER GAVIN, NO. 4 MOBIL 1/SiriusXM CHEVROLET CORVETTE C8.R: "When I first went to VIR, it reminded me of a couple of tracks in the UK... ones like Oulton Park and Brands Hatch. This track has a number of challenging corners where you have to be absolutely bang-on with your line and you really have to thread the car through certain parts of the circuit. It's quite a technical track. The circuit has a lot of grip level, so the G-loads are pretty high. You can certainly feel that when you've been in the car for about an hour or more. It's usually a very hot and physical race. But the circuit generates great racing. You have the Oak Tree turn onto the backstraight... that long run into the Roller Coaster turn... that always generates a few moments in the race and good passing opportunities. Likewise coming out of the final turn onto the frontstretch into the first couple corners. It has a number of fast, sweeping corners and challenging areas, bits of the track where you need to be brave but others where you need to be spot-on with your braking, line and positioning of the car.”

TOMMY MILNER, NO. 4 MOBIL 1/SiriusXM CHEVROLET CORVETTE C8.R: "VIR is always one of the highlights of our schedule, especially for us in GT as we have our own standalone event. It definitely adds some prestige and excitement for those of us in GTLM. This has always been a great event, and we're excited for this race with our new Corvette C8.R. We tested there about a year ago and with everything we learned from it and how we've raced so far, I'm looking forward to seeing how successful we can be with this new car. It's a bummer that fans won't be there for it but we'll give everyone at home a great show." 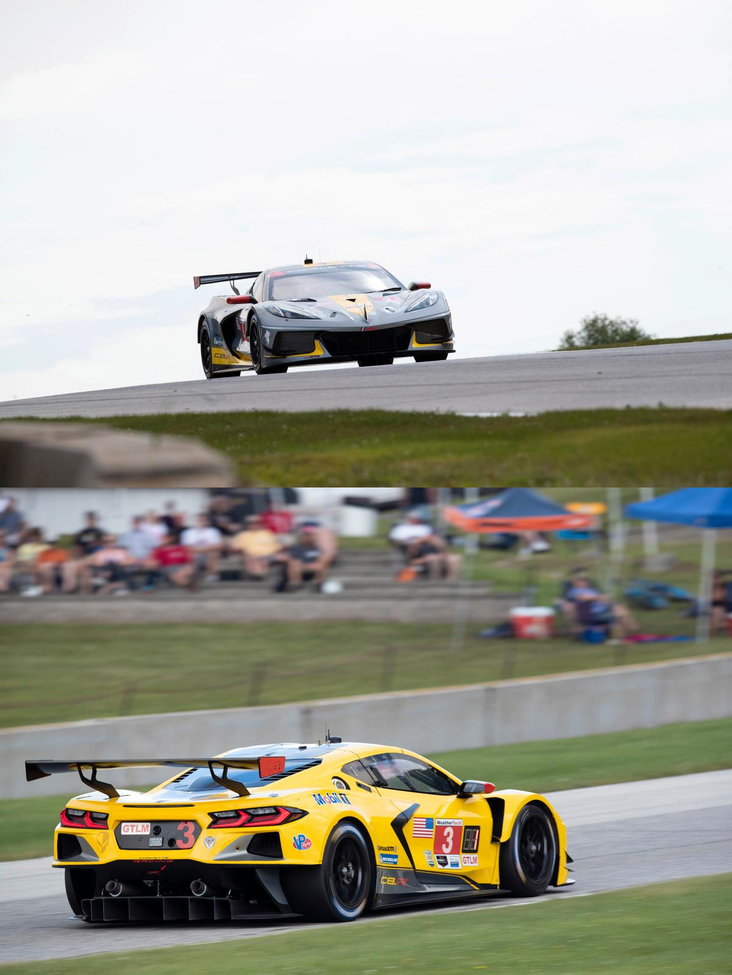