The No. 3 Mobil 1/SiriusXM Chevrolet Corvette C7.R finished just 0.452
seconds behind the class-winning Porsche, and the Garcia/Magnussen duo
claimed their third straight podium at Watkins Glen International. The day
included an added bonus: Garcia and Magnussen are a single point of the GTLM
Drivers’ Championship as they seek their third consecutive title.


The news on the other side of the Corvette Racing garage wasn’t as good.
Tommy Milner suffered contact and crashed on the opening lap in the No. 4
Mobil 1/SiriusXM Corvette C7.R, ending the day for him and teammate Oliver
Gavin.


The damage to the Corvette was extensive but the team will have the No. 4
entry repaired for this week’s Mobil 1 Sports Car Grand Prix at Canadian
Tire Motorsport Park. The Corvette Racing crew faced a similar rush job
after a heavy crash at the 24 Hours of Le Mans forced the team to switch
chassis for the No. 4 Corvette ahead of Watkins Glen.


Down to one entry, the Corvette Racing team soldiered on and very nearly
pulled off a storybook ending. Garcia and Magnussen led Sunday’s race four
times but a call to pit ahead of a full-course yellow that never came
seemingly put the No. 3 Corvette on the back foot to the end.


Magnussen, making his 150th start for Corvette Racing, drove the middle
three stints and gave the Corvette back to Garcia for the final two hours
and 40 minutes. A final full-course yellow set the stage for the late-race
charge from seventh to very nearly a long-awaited victory.


There is little time to rest. Corvette Racing’s next event is the Mobil 1
Sports Car Grand Prix on Sunday, July 7 from Canadian Tire Motorsport Park.

ANTONIO GARCIA, NO. 3 CHEVROLET CORVETTE C7.R – FINISHED SECOND IN GTLM: “I
can’t be super, super happy about the result. I think we had this race. We
have such a strong field. We took one part of the strategy away thinking
there would be a yellow when one didn’t come. The race was split then
between half of the field and us. We could gain back some spots but when we
restarted after the last yellow, we didn’t have track position. To be sixth
or seventh in this field and try to win with an hour to go is tough. At the
end of the day, we didn’t make it. It was a good call to top off the car on
the last yellow to give me a chance to jump both Porsches at the end, but
the big thing is that the winning Porsche was too far up the road. I don’t
know what’s worse… ending up six or seven seconds off or three-tenths off. I
think it hurts more to finish so close. But it’s good points and we’ll take
that.”


JAN MAGNUSSEN, NO. 3 MOBIL 1/SiriusXM CHEVROLET CORVETTE C7.R – FINISHED
SECOND IN GTLM: "We had a shot at it today, but we are just missing that
last little bit. I am happy for the team and happy for the points. But it’s
been awhile since our last win. We keep getting so close but it is getting
hard to come up with excuses. We just need to go out there and do it… get
that win. I am very happy with how the whole team performed. We could not
have done much better. So we will just go on to Canadian Tire Motorsport
Park, another fantastic track, and see if we can get a win there.”


TOMMY MILNER, NO. 4 MOBIL 1/SiriusXM CHEVROLET CORVETTE C7.R: “It’s not a
cliché, it’s how I feel… it’s disappointing and unnecessary. It was the
first lap of the race and going side-by-side which should have been and is
possible. Hindsight is 20-20. Knowing the Porsche didn’t check up enough to
allow us to go two-wide… he said he gave some consideration but it wasn’t
enough. I’d love to say we could rewind it, I’d give up the position and we’re
still racing. And if he had given me a little more room than we’re also
still racing, too. It’s these split-second decisions we have to make.
Unfortunately I got penalized for someone’s small mistake - and that’s what
it was: a small mistake that ended up a big problem for us. A big thanks
again to Corvette for building such a strong car. But I feel bad for our
Corvette Racing guys. We were here and ready to go racing, but we’ve had
some really bad luck the last couple months. I feel bad they have to put in
more hard work and a lot of hours to get the car ready for Canadian Tire
Motorsport Park. But that’s our focus.” 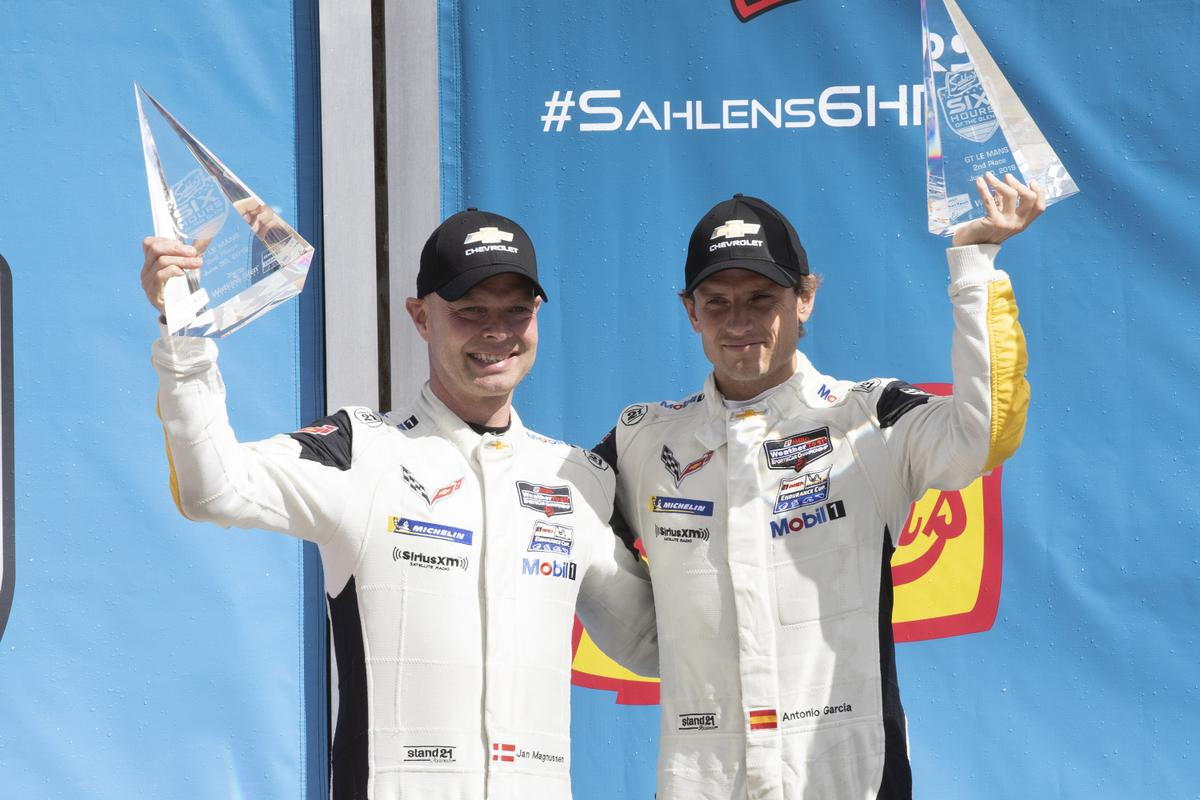