WATKINS GLEN, NY (June 26, 2022) – Nearly all the late-race luck went
against Corvette Racing on Sunday in the Sahlen’s Six Hours of The Glen. The
No. 3 Mobil 1/SiriusXM Chevrolet Corvette C8.R finished sixth in GT Daytona
(GTD) PRO after the class’s fifth round in the IMSA WeatherTech SportsCar
Championship.

It was the first GTD PRO race since early May for Antonio Garcia and Jordan
Taylor, who were coming off a similarly disappointing result at the 24 Hours
of Le Mans. The Corvette had crossed the line Sunday seventh in class but
the class-winning car was sent to the back of GTD PRO due to a post-race
drivetime violation.


The race’s first two hours saw five full-course caution periods which
prevented any sort of rhythm. It wasn’t all bad for Taylor and the No. 3
Corvette team, though. Fuel savings and the crew’s usual sterling pit work
gained Taylor two spots to fourth place on the first stop for fuel and
tires.


Taylor stayed in the car for just shy of three hours. The fuel-saving
strategy from Corvette Racing engineering offset a performance deficit and
continued to provide benefits in terms of track position, as did a decision
to take fuel only during a full-course caution period 90 minutes into the
race. It netted the No. 3 C8.R another spot, and Taylor ran second as the
halfway point approached.


Unfortunately things went south just shy of the three-hour mark when Taylor
had to serve a drive-through penalty for exceeding track limits. Without the
outright pace of the pursuing cars, Taylor had to maximize the boundaries of
the track and hence the call from race officials.


Garcia drove the rest of the way and continued saving fuel while trying to
produce as much pace as possible. The plan was working as Garcia was slowly
but surely reeling in the class leaders who were on the same pit strategy
until the severe weather warning stopped the race with 88 minutes to go and
Garcia running fifth – still a positive gain from the Corvette’s starting
position.


The race started back with 35 minutes on the clock. With the fuel situation
dicey for a majority of the GTD PRO field, Garcia set out in search of a
podium spot but was hit almost immediately by the No. 25 BMW, which was
trying to overtake on the outside of the first corner. The contact caused
one of the Corvette’s rear tires to go down and relegated the No. 3 to
seventh.


The slow drive to the pitlane for four fresh tires grew more frustrating as
the four GTD PRO cars ahead of Garcia had to stop for fuel inside the final
five minutes, leaving the Corvette Racing team to wonder what might have
been.


There is no rest as Corvette Racing immediately moves to Canadian Tire
Motorsport Park for the Chevrolet Grand Prix, which is scheduled for 3:05
p.m. ET on Sunday, July 3. The race will air live on NBC and stream live on
Peacock inside the United States and IMSA.com outside the U.S. IMSA Radio
will air on-track sessions beginning with Saturday morning’s practice at
IMSA.com with the race call also on XM 207 and SiriusXM Online 992.

ANTONIO GARCIA, NO. 3 MOBIL 1/SiriusXM CHEVROLET CORVETTE C8.R – FINISHED
SIXTH IN GTD PRO: "We deserved better today. We had a chance for a good
result after the last restart until the 25 hit me right away. Without that,
I think we definitely were on the podium and had a good chance to steal a
win with most everyone else pitting late. The car felt really good and
consistent. Full credit to the team for the improvements from practice and
qualifying. I think we had maximized the car's performance. But the
result... none of us are happy at all."

JORDAN TAYLOR, NO. 3 MOBIL 1/SiriusXM CHEVROLET CORVETTE C8.R – FINISHED
SIXTH IN GTD PRO: "We started toward the back and were able to pass some
guys on some of the restarts. Plus we saved a lot of fuel and made up some
positions in the pits; the guys really made some good calls and stops. So we
were kind of maximizing where our strengths are. On track, we don't have
many strengths. We can hold guys off but can't really drive forward on pace.
That was frustrating, and the penalty was unfortunate. The only way to hold
some guys off was to drive off the track a little. I was trying to maintain
track position knowing that and not thinking they'd give us a penalty for
it." 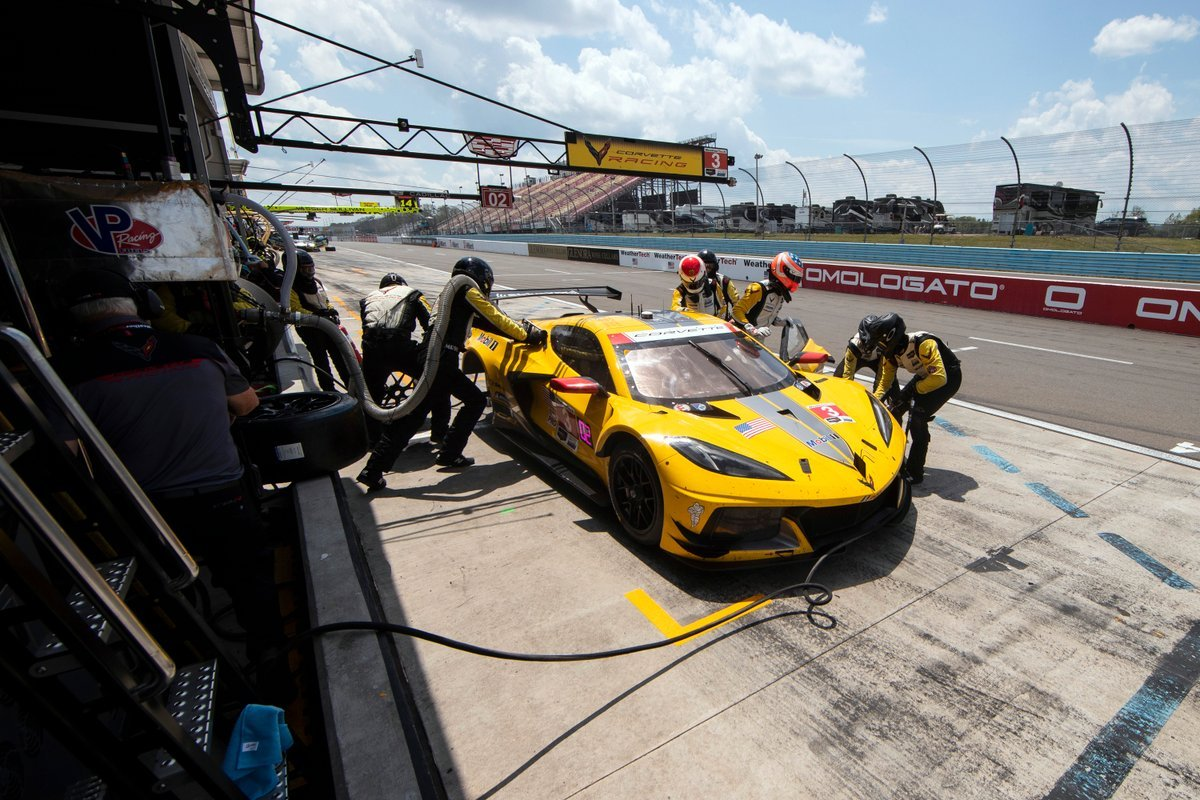