It was the second GTLM pole in less than a week for the No. 3 Corvette with Garcia claiming the honors ahead of the Six Hours.


Rain pelted Watkins Glen throughout Thursday afternoon. The day’s lone practice session featured a mix of light and more moderate showers that left the track damp throughout. Conditions dried out for qualifying with both Corvettes opting for slick Michelin tires for qualifying.


Weather for the race could mirror what Corvette Racing experienced Thursday, giving team strategists and engineers plenty to think about before Friday evening’s green flag.


Friday’s race will air live at 6 p.m. ET on NBCSN and Trackpass via NBC Sports Gold. Live audio coverage from IMSA Radio is available on IMSA.com, XM 202 and SiriusXM Online 992.

JORDAN TAYLOR, NO. 3 MOBIL 1/SiriusXM CHEVROLET CORVETTE C8.R – GTLM POLE-WINNER: “It’s great to be out front again. We were all glued to the TV watching Madison (Snow’s) qualifying trying to decide whether to go wets or drys. We knew he was on wets and a couple other guys were on drys, and they were way out for most of it. Then they bridged the gap on the last lap but not enough to get him. We thought maybe if they had a couple more laps, slicks would have been the way to go. So we committed to it. The first couple of laps were a little git sketchy but as soon as you built some temperature, the grip level was pretty high, other than (turns) 9, 10 and 11. You needed a nice rhythm to keep building temps, finding brake points and how much speed you could carry. I caught someone with two to go, which kind of broke the rhythm and kind of had me stressed the last lap. But thankfully everything worked out. When you are head-to-head with a guy like Nick Tandy, you really need to make the most of it. He’s a guy I've grown up watching and respected. So to go head-to-head with him, I knew I would be nailing everything and had to be on my A-game. I’m glad it worked out. It’s going to be a tough race tomorrow, but it’s nice to have Corvette Racing with another one-two.”

WAS THE RACING LINE DRY AND COULD THE SLICK TIRES WORK ALL THE WAY AROUND OR WERE THERE WET SPOTS? "To begin with, there were definitely wet spots in some of the short chutes between corners. Turn Nine was still pretty slick and 10 seemed a little slick. Everywhere else, it looked damp but you had to commit and trust that the grip was there. It was more of a mental game than anything. There definitely was a very narrow line. On a couple of laps, I got maybe six inches to a foot wide and you lose the front end of the car. You definitely had to be precise. By the end, everyone knew where the grip was and you could carry speed."


NICK TANDY, NO. 4 MOBIL 1/SiriusXM CHEVROLET CORVETTE C8.R – QUALIFIED SECOND IN GTLM: “It was an interesting day today because we got to run in the full wet conditions, we got to run with the wet tires in the dry conditions and then we got to run a slick tire in a wet to dry condition. You don’t often get that sort of thing in one day. It makes it difficult to plan what you are doing, or to make any plans. It’s kind of interesting in some regard because it is different. For the qualifying session, when it is like this you go out on slicks and you know every lap is getting quicker and quicker. It’s always difficult to know how hard to push the car on the tire. But that is why we are in the car to find out. The good thing is we have both cars with decent lap times and in one piece. I think it’s given us all good experience of what the weather could bring tomorrow.” 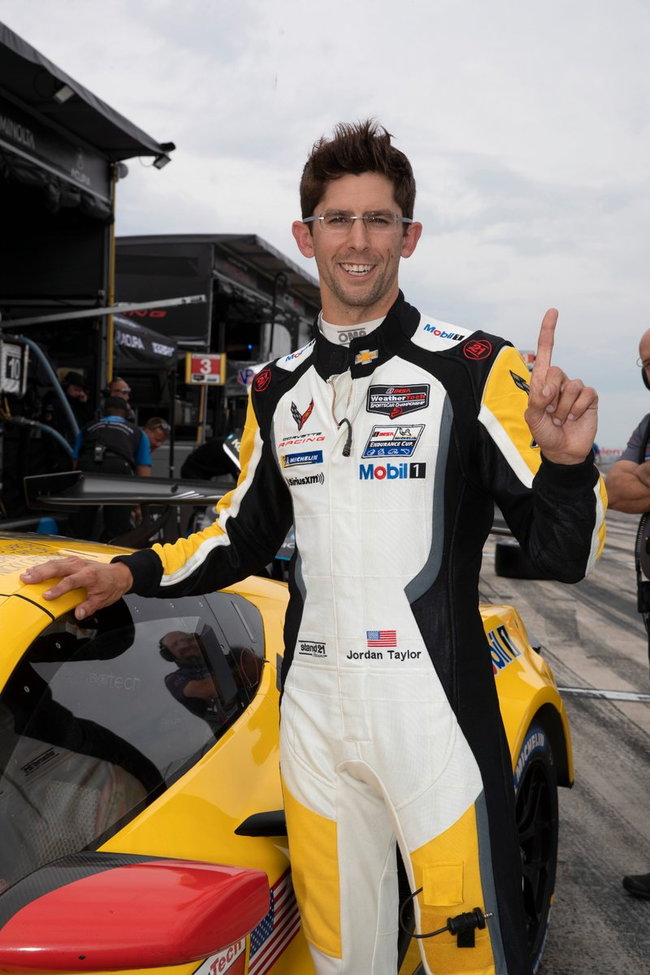