Members of the Corvette Racing team held a Zoom call with the automotive media today ahead of the Rolex 24 at Daytona race coming up this weekend.

Antonio Garcia, Jordan Taylor, and Nicky Catsburg shared their thoughts on taking the 1-2 win at the "Roar Before the 24" pre-race qualifying session last weekend and the team's strategy to take on the Rolex 24: 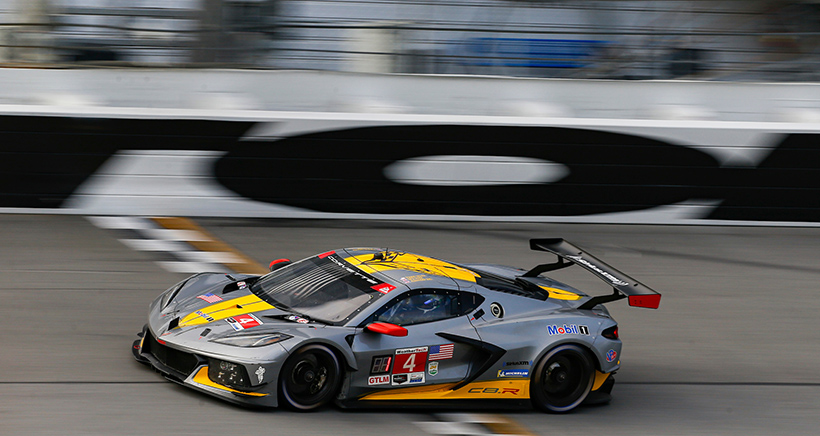 Corvette Racing drivers Antonio Garcia, Jordan Taylor and Nicky Catsburg – teammates in the No. 3 Mobil 1/SiriusXM Chevrolet Corvette C8.R – met with members of the media during a Zoom conference call Tuesday to discuss the upcoming Rolex 24 At Daytona, expectations following the 100-minute race during the Roar Before the 24, transitions of new team members into the No. 4 Corvette and other topics. FULL TRANSCRIPT:

ANTONIO GARCIA, NO. 3 MOBIL 1/SiriusXM CHEVROLET CORVETTE C8.R
IMPRESSIONS FROM THE ROAR BEFORE THE 24: “I didn’t do as much as Jordan and Nicky since they did the race. A 1-2 for Corvette, though, is all you can ask for. Everyone ran smooth, we had good strategy and everything ran according to plan. We still don’t know where our competitors are (on pace) but we need to focus on our program, what we do and try to learn as much about the C8.R as we can. Doing all that should make us prepared for the big one Saturday.”

IMPORTANCE OF CONTINUITY ON THE 3 CORVETTE SIDE: “It’s good to have this team of crew and engineers. Initially last year was a big shift between the Rolex 24 and our first race after the lockdown. Now things are running very smooth. It’s a good starting point to have everyone on the same page – same drivers, same mechanics and same engineers. We just need to keep the momentum going and winning races.”

TAKING CORVETTE RACING’S FIRST ROLEX 24 WIN SINCE 2016: “Every time you come back here, you want to win. The last time we won the race for us on the 3 car was 2015, and the 4 car won in 2016. We want to be back up there and get a watch, for sure. I think the C8.R is the car to do it. I just hope this past year of racing helped us to develop it in order to compete and win a long race like this one. You never know what is going to happen and how the car will behave. I think we did all we could to be as prepared as possible. Let’s hope to be up there right at the end and be able to fight for the win again.”

BIGGEST CHANGE IN THE C8.R SINCE ITS DEBUT A YEAR AGO: “Everything changes. There is constant development going on every day. Each time we hit the track, there is something to learn. There is input from the drivers and data to analyze. So the car improves every day. Now with more tools like the simulator and some other things, the C8.R is far away from being fully developed. The guys at Corvette Racing are still working flat-out on that… not only on performance but also on reliability. Everyone is working as a group to make it faster and more reliable. Things are going in the right direction. We need to see where we are Sunday morning and if we are able to carry on and win it again.”

ON ADDTIONS OF NICK TANDY AND ALEXANDER SIMS TO THE NO. 4 CORVETTE SIDE: “Coming from other manufacturers, you get to know where the strong points are on other cars. Once they drove the Corvette, they could figure out the good points of this car but they also may have some new ideas about how to make this car better. It’s not only about the current setups but also how you work with the car, how you work the tires… all that additional experience helps a lot. Corvette Racing has been very consistent with the same guys, so getting new guys coming in from other teams helps a lot to get a wider view and more input on how to improve things. These additions are big gains for Corvette Racing to get these guys who have a ton of experience to help improve the car and the whole team.” 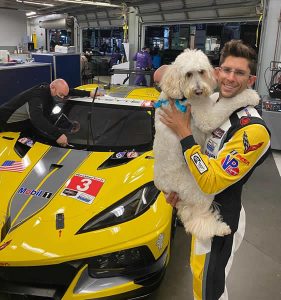 JORDAN TAYLOR, NO. 3 MOBIL 1/SiriusXM CHEVROLET CORVETTE C8.R
IMPRESSIONS FROM THE ROAR BEFORE THE 24: “We’re going in with some good momentum after last year, winning five races and the championship. It was a strong showing for the C8.R. Coming back to Daytona having a year under our belt with this car, a lot of development and winning the sprint race here last year gives us confidence. This year with new cars and new classes, it’s definitely going to change the game a bit with how careful and cautious you are going to be through the night with some new drivers in new cars. At the end of the day, it’s the same style of racing where you have to survive to the end. It could be a little extra important in making sure you get to the end of race with a very strong car and a very fast car. You know that at the end of these races, you can get a late yellow and go racing at the end. We learned a lot this past weekend that can help us with it.”

TEAM AND CREW CHANGES ON THE 3 CORVETTE AFTER NEW FACES LAST YEAR:/ “It’s the same crew. All of the same guys are still there. Some of the truck drivers moved around and a couple of guys retired in the off-season. But our engineer is still John Lankes, we have the same car chief (David Marin) and same crew guys going over the wall. There are no big changes on the crew side, just the management side (Marc Maurini as team manager).”

ROLEX 24 OUTLOOK FOR THE CORVETTE C8.R: “It has all the right pieces to get the Rolex. Last year when we hit Petit Le Mans and the Sebring 12 Hours, those were big on our list because we wanted to get an endurance win with the C8.R. The Rolex 24 is like a championship in itself; if you win it, it’s such a big prize and huge honor. I know everyone’s focus is on the Rolex on the one hand, and after that you start looking at the championship as a whole.

“We had the right pieces last year. We had a very good race and finished fourth with no major issues. Coming out of the box like that and not having much development on the setup side, the crew not having a lot of pit stop experience and strategy with a new car, and maybe not understanding fuel mileage and drivability… now we are way more prepared and it gives us a lot of confidence that we had such a strong race last year. I think of how far the car has been developed, even during the couple of months that we were in lockdown. I think we have all the right pieces. It’s just down to things going our way, getting traffic in the right places and not getting caught up in other people’s races. It’s always difficult to win these races, but we do have the right pieces at Corvette Racing. All we need to do is stay out of trouble for 20 hours and hopefully go racing for the last couple.”

CHANGES ON THE NO. 4 CORVETTE SIDE: “It’s been good. They obviously are professionals, so they’re coming in and were up to speed right away. It’s always interesting to have new guys coming in to have a different perspective. We drove the car all year, and some of the guys have been developing it over a couple of years. It’s interesting to have gotten to this point and have some fresh faces come in and give it a different perspective. They can see things from the outside now that maybe we are used to, maybe some habits that we’ve developed. It’s always good to have that, and it will be good for the rest of the year for us to keep developing this car.”

NICKY CATSBURG, NO. 3 MOBIL 1/SiriusXM CHEVROLET CORVETTE C8.R
THOUGHTS ON BEING PART OF THE RACE AT THE END OF THE ROAR: “It was a bit different this time. Normally we don’t go racing before we go into the actual Rolex 24. I must say I was a bit skeptical at first but I actually really liked to do this race. It gave me an opportunity to get a stint under my belt and do some driver changes, and it feels like very good preparation for the event. To come back with a 1-2 result was very good for us. It was very good preparation for the Rolex.”

TRAFFIC WITH LMP3 CARS AND HOW IT COULD IMPACT THE RACE: “I was quite surprised at the Roar. I was kind of expecting it to be very difficult, but then it turned out not to be. I do feel like it will be more difficult (in the race) than other years. The LMP3 cars seem to be doing exactly the same speed in any particular sector. We are pretty much the same speed everywhere. After every restart, it will mean we will behind the LMP3s. So it will be intense. As Jordan mentioned earlier, I think we have to be more careful than previous years and try to make it to the end because there will be a lot of action.”

DOES THAT MAKE RESTARTS THE MOST CHALLENGE PART: “I definitely think restarts and in the night, as well. I think some of the LMP3 drivers might be new to night racing. Going out on cold tires for some of those guys is difficult just like it is for us. I think we have to really take care and try to make it until the last hours before we start pushing.”

PROGRESS OF THE CORVETTE C8.R FROM LAST YEAR’S ROLEX TO THIS YEAR: “My breaks between the races I do are a bit bigger than the other guys. So every time I step in the C8.R, I feel like a big step has been made. If I compare it to Daytona from last year, I can feel things like general car balance is better, drivability is better. If I look at myself, I feel more comfortable within the team and with the car now. I feel more ready for this race in general. Those are the two biggest things.”
You must log in or register to reply here.