<img src="/images/design/front/c6z06race.jpg" width="175" height="129" border="1" hspace="5" vspace="5" align="left" alt="" />
From AutoMotorSport Magazine:
​
Corvette Z06 beats Porsche 911 Turbo around a track​
We’ve always known that Chevrolet’s Corvette Z06 was good, but we’d never have imagined that it could beat Porsche’s AWD 911 Turbo around a race track and with a lead of 2.6 seconds to boot. The test was carried out by Swedish magazine Auto Motor Sport, who pitted the two cars against each other at Mantorp Park in Sweden, near Saab’s aircraft factory in Linkoping.

Comments from test driver and STCC champion Richard Ekblom included gems like “the Porsche felt feminine in comparison with the Z06” and that “it ****es on the Porsche.” Further, they wrote that the Z06 had the feeling of a true racer while the Porsche felt a little too soft round the track.

And before Porsche purists scream out that the writers were biased, take a look at the performance numbers. Both cars were right on the boil with both finishing the quarter mile in 11.8 seconds with the Turbo actually outrunning the Z06 in the 0-62mph dash, 3.7 seconds for the Turbo versus 4 seconds for the Z06. Click here to download the article [PDF link].
http://www.motorauthority.com/news/coupes/corvette-z06-beats-porsche-911-turbo-around-a-track/ 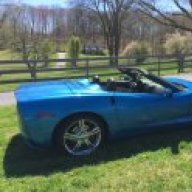 Any chance of getting an english version of this PDF?
Scientia Est Potentia
[SIGPIC][/SIGPIC]
R

The Z06 is kicking super car Azz all over the world. 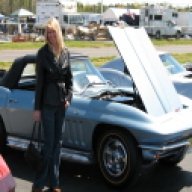 For decades the Corvette wasn't a contender with the euro supercars, we now have a true American supercar that kicks *** and costs a fraction of what Porsche, Ferrari and other "Supercars" go for. I'm just glad I get to witness it. Times are good. Cheers to GM to have the brass to build it!:cool

MC
You must log in or register to reply here.

News: 'Vette with a vengeance