Cranking up the 76 saturday. 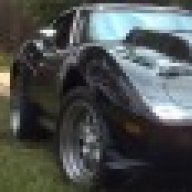 Well its been since the first of December. That is when my heartache began. My 76 caught on fire and was towed to the body shop. While it was there i decided to change a couple of things and add even more performance mods. I pulled the tranny which had barely evaded the fire, and added a B&M shift kit. New manifold, cam(the one in the motor was already brand new but ran like crap,didnt match well) 1.6 roller rockers and an msd ignition system. I added a few other mods that should help the car run a lot better. It has been roughly 5 months without my vette. 5 months of torture. But tomorrow i am cranking it up and taking it for a spin. Some body work still has to be done, so it should take about another week. Ill keep you up to date. thanks, T
You must log in or register to reply here.

ZZ383 GM Crate motor in my Vette. Here's how it worked out.