Well folks, the times - they are a-changin' and no matter how hard we try, we can't resist the wheels of technological progress.

The automotive rumor mill has been a-buzz this past week thanks in part by some who believe that GM accidentally revealed an all-electric Corvette SUV during GM's CES 2021 presentation put on by the Consumer Technology Association.

During the all-digital presentation, GM's Vice President of Global Design - Michael Simcoe teased several electric vehicles. One particular model placed in the background of a presentation slide appeared to be a sleek looking all electric SUV. As is usually the case these days, automotive blogs lit up the internet quickly proclaiming that it was proof GM is working on an all-electric Corvette SUV. Simcoe later denied the rumors stating that it was actually a future Buick model. 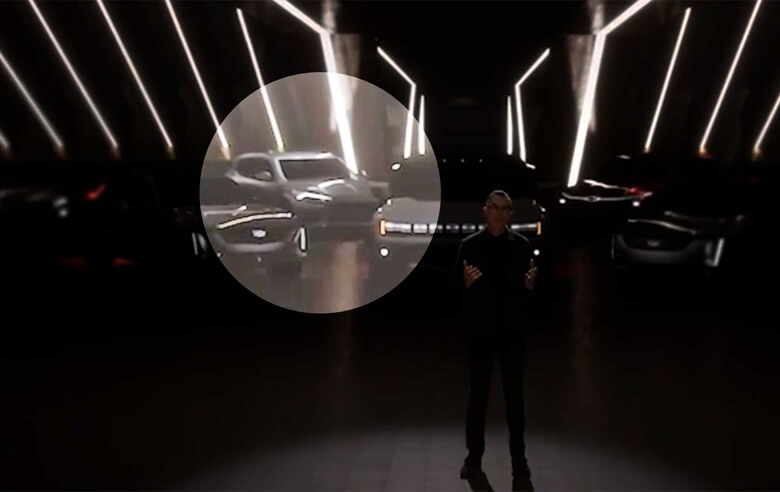 While this may or may not be true, we do know that GM is looking at ways to expand the Corvette platform to reach a larger customer base. Since GM's plan is to bring 30 EVs to the global market by 2025, a Corvette EV SUV isn't out of the realm of possibility - especially in light of Ford's new Mustang Mach-E SUV.

Last week, GM unveiled their new corporate logo and marketing strategy as part of its move toward all-electric vehicles. And GM is not alone.

Kia Motors is now dropping the "Motors" from their name and brand marketing. From Automotive News:

Kia is dumping “Motors” from its corporate name as part of a global brand relaunch meant to position the South Korea automaker as a mover in electric vehicles and new mobility.
In changing its name to Kia Corp., from Kia Motors Corp., the company is reaching for a new identity that better reflects its push into new fields, CEO Ho Sung Song said in news release. The move follows the adoption of a new company logo and slogan this month.
“Changing our corporate name and logo is not only a cosmetic improvement,” said Song, who took the helm last April. “It represents us expanding our horizons and establishing new and emerging businesses that meet and exceed the diverse needs of our customers worldwide.”
Click to expand...

So, all of this change to eliminate the internal combustion engine leaves us wondering, what will happen to the Corvette sports car as we know it?

We do know that the Corvette Team is working on hybrid technology for an upcoming, higher performance C8. 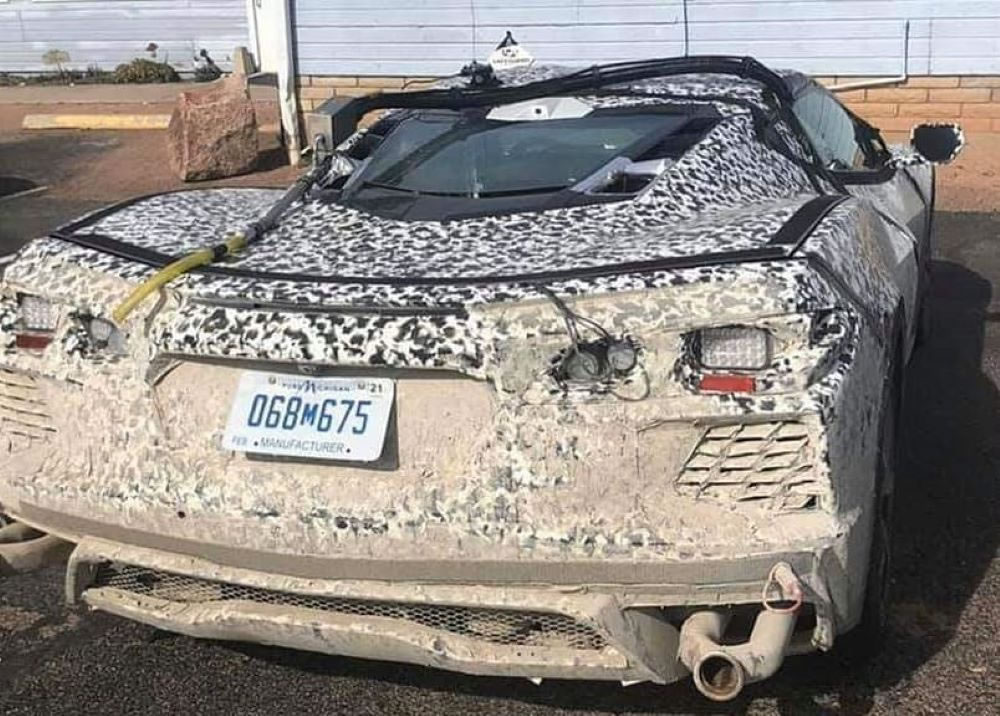 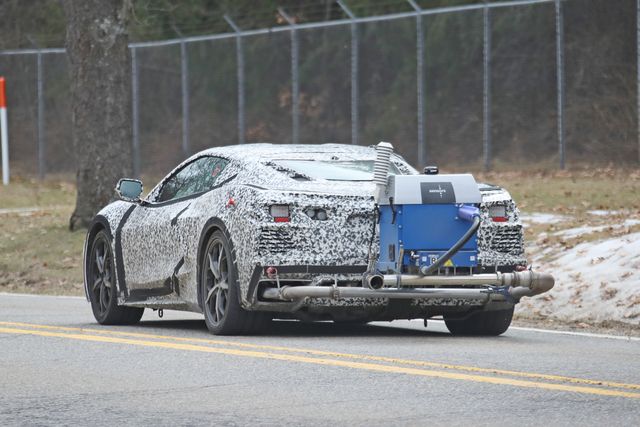 Based upon what we've seen and heard, we're expecting to see a mild hybrid technology similar to the Ferrari LaFerrari where excess power under braking or excess power created by the gas engine, is used to recharge a battery pack. That battery pack then powers two electric motors. One motor provides boost to the gasoline engine and the other provides power to the accessories. 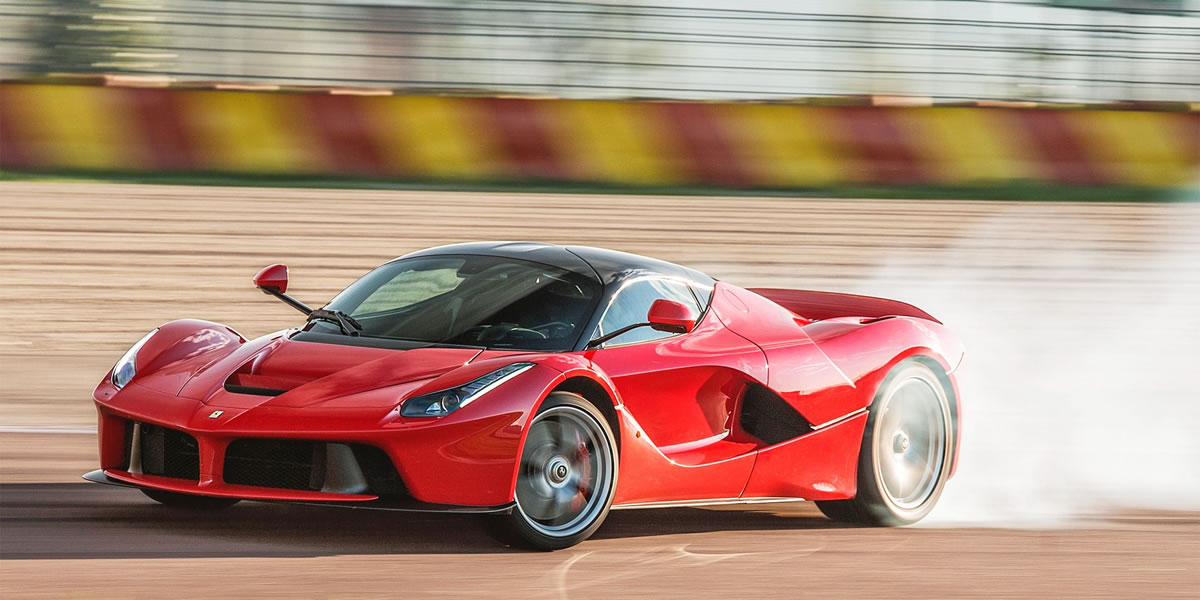 The hybrid kinetic energy recovery system (HY-KERS) used on the LaFerrari runs along side of the engine but never on its own. As a result, the Ferrari LaFerrari is considered to be a mild hybrid similar to a Honda Civic.

Looking past a Corvette using hybrid technology, what would an all-electric Corvette potentially look like?

Without the need for a gas-powered engine taking up space, that would certainly allow the pens and imaginations of GM Designers to run unrestrained. Thanks to a couple posts made by GM Design on Instagram, we now have an idea of what the future of Corvette design may look like. 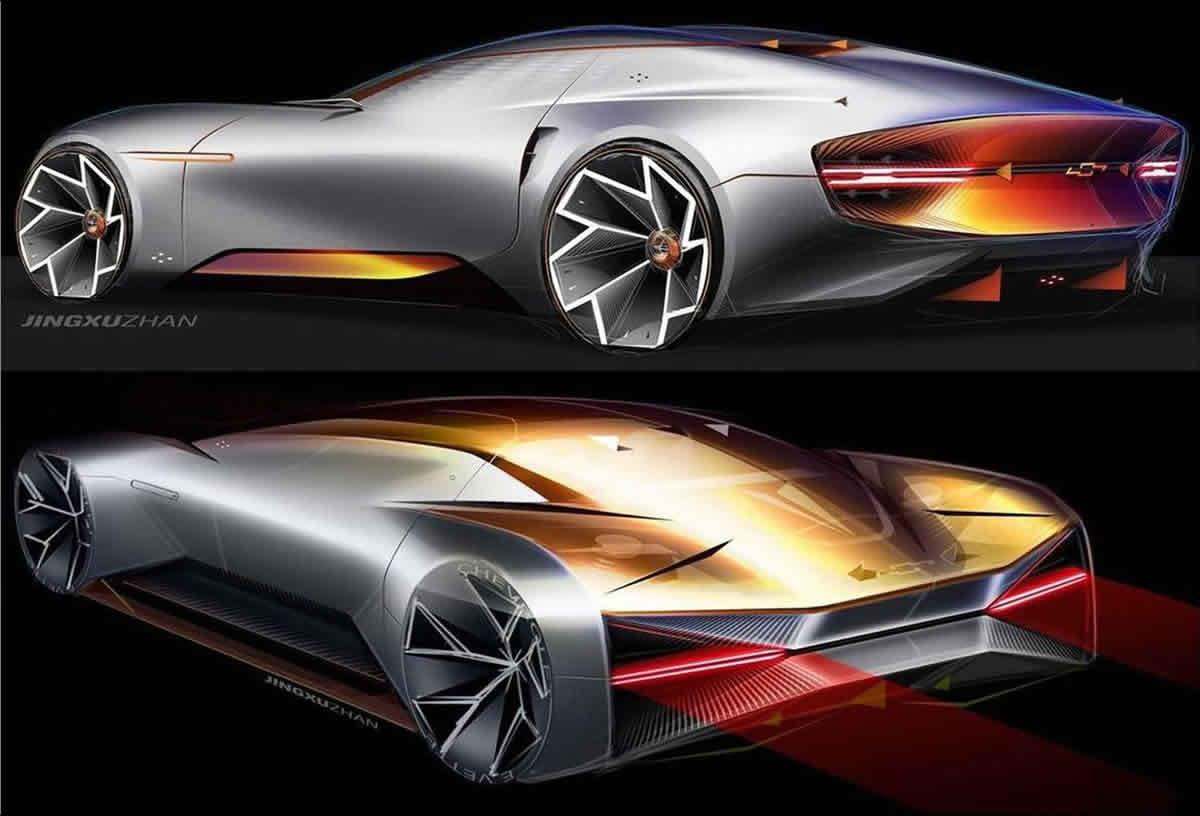 We know that in 2015, GM filed to trademark "Corvette E-Ray" with the United States Patent and Trademark Office and renewed the trademark in August of last year. This led many to believe that GM is working on an all-electric Corvette for the future. Now, we know that to be true thanks to these design studies by GM Designer Jingxu Zhan. But, will it be called the "Corvette E-Ray"? 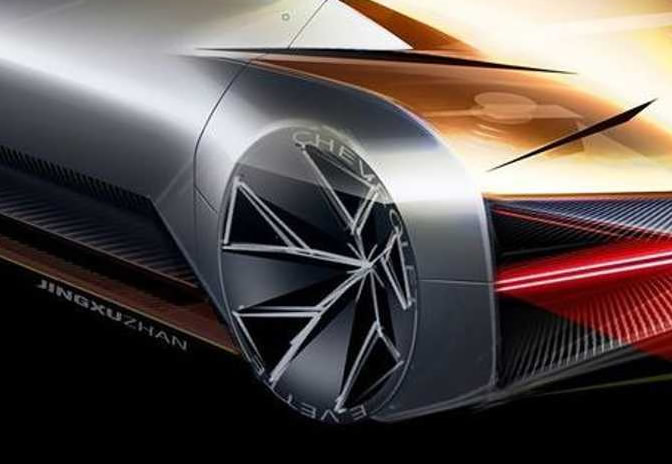 Upon closer inspection of the rear wheel, it looks like an all-electric Corvette could be called the "Chevrolet E-Vette" or just "E Vette".

While the overall design is sleek and bold following in the footsteps of Corvettes of a bygone era, we can see that the "E-Vette" will utilize state-of-the-art lighting technology which was has been an important element in Corvette design since the C7 generation.

These exercises in Corvette design may seem way too futuristic - like something out of the Jetsons, but with the entire automotive industry moving swiftly toward all-electric vehicles, some of the design elements we see here just might appear on a Chevrolet "E-Vette" sooner rather than later!

Could This be the Future Corvette SUV?