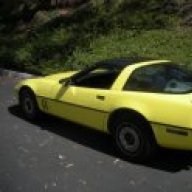 A
water from exhaust when first starting