My English 'vette pen-pal just sent me a report of the 2002 UK Corvette Nationals, including several JPeg photos. One of a C5's ample rear end, showed it had TWO large, EXTRA tailights below the four standard ones and about even with the license plate well. I questioned him about them, and he replied that he was not sure if they are fitted in the States or when they arrived in the destination country, but they do only appear on Euro Spec cars. When I asked, he replied that they are used as high visibility rear lights (fog lights) and come on when dipped (low) beam lights are used; also that they looked as though they have been put on as an afterthought, since they stick out from the rear fascia, and that owners who had 'brought in' U.S. spec cars prefered to place twin lights below and under the rear of the car or alternatively, replace one of the reverse lights to become a single fog light.
Meanwhile, back in the states, Bowling Green factory tour guides have described as "export standard" cars on the line with divided red/yellow lenses replacing the standard U.S. lights.
Can anyone further explain this? I've tried to attach one of the pictures of the U.K. cars.

Not sure about what is required VS what is actually installed at the factory for export, but the C5 big butt sure allows ample room for mounting plenty of lights. I wonder if some people get carried away with lighting like the light shows you sometimes see on the big rigs? :L :L :L :L :L
vettepilot
C

yep she came from the factory that way. they also have the Z06 breaks and suspension I think. (im sure about the breaks)
It's not the car, it's the people

they have normal vette brakes and either available suspensions. the only difference is that RED Brake Calipers are available as an option. I don't think Red is a standard color caliper.
If you visit the Plant in BG,KY the export cars can be spotted a mile away. The rear-end really stands out as difference. The first time I saw the Red calipers of a coupe I was very jealous.
D

CorvetteWave said:
they have normal vette brakes and either available suspensions. the only difference is that RED Brake Calipers are available as an option. I don't think Red is a standard color caliper.
If you visit the Plant in BG,KY the export cars can be spotted a mile away. The rear-end really stands out as difference. The first time I saw the Red calipers of a coupe I was very jealous.
Click to expand...

Yep, you are correct. The interior is a bit different as well. The door rests and door pulls are leather like in the 50th ann.
W

European laws require those big 'ol lights for parking. With the lack of Off road parking there and the amount of morning fog you're apt to see,it's probably a good thing!
Joe 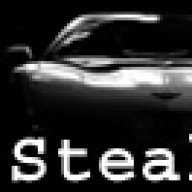 May I clear any misunderstanding regarding Rear Lights on Export vehicles?

In the UK an additional rear light is obligatory, the purpose is for use as in conditions of poor visibility, fog, falling snow/rain and when motorway spray affects visibility. Commonly these are known as Fog Lights, these must not be operated by the foot brake and must have a tell-tale warning light to indicate when illuminated.

Many European cars have the Fog Light incorporated in the rear light cluster, as the requirement is for only one Fog Light this is on the driver’s side (USA passenger’s side). This single light when in use makes the vehicle look lop-sided. Wishing to amend this, on a French car, examination of the opposite cluster showed the lamp holder and wiring in place but the reflector had no matching aperture. However this was soon rectified and an evenly illuminated car was the result.

A quote from the regulations states ‘Where two rear fog lamps are fitted to a motor vehicle first used on or after 1st April 1986 or to a trailer manufactured on or after 1st October 1985 they shall form a matched pair.’ So for the export Vette there were not many options, one lamp or two? The export rear lamps are already ‘crowded’ by other obligatory requirements, amber indicators and white reversing lamps. The USA reversing lamp-number plate assembly was probably not used on export Vettes in order to accommodate our rather large plate size. Some owners here have however obtained the USA package and manage to display almost legal plates.

Thanks for clearing that up Stan. Welcome to the Corvette Action Center.