General Motors Corp. is investigating how photos of a vehicle identified as a top-secret, super high-performance Chevrolet Corvette showed up on several Web sites Thursday.

Several photos of the Corvette that showed both its exterior and engine began appearing Thursday on auto enthusiast Web sites such as Autoblog.com, Jalopnik.com and thegmsource.com. It's unclear where the photos were first posted.

The car was identified as a prototype of the 2009 Corvette SS, a 600-plus horsepower supercar dubbed by some as the "Blue Devil" after GM CEO Rick Wagoner's alma mater, Duke University.

GM spokesman Terry Rhadigan confirmed that GM is investigating a possible "breech of security" but would not confirm the vehicle in the photos was a Corvette supercar prototype. "We don't comment on future products," he said.

He said GM believes the photos were snapped in Romulus by an employee of a transport company that was in the process of shipping the vehicle.

"We acted on what was an alleged breech of security," Rhadigan said. "We are still piecing it all together."

The Internet has been abuzz in recent weeks with speculation about GM's rumored development of a 600-plus horsepower Corvette supercar. GM Vice Chairman Bob Lutz hinted in January that such a car was in the works, but it has not been officially announced.

Automakers have struggled in the recent years to keep a lid on photos of cars in development as Internet sites aimed at auto enthusiasts have proliferated.

"We do take it seriously," Rhadigan said. "We are a car company that has a lot of confidential future products in various stages of development. We rely in security to keep those products confidential."

GM is asking some Web sites to take the photos down, Rhadigan said. Autoblog.com said on its site it removed the photos out of fear of incurring GM's wrath.

Although I anxiously await information on this car, perhaps any new Corvette, and will look at the pictures if posted for one to see I can't help but think GM could do a much better job at maintaining secrecy.
If it matters that much to them you would think that they would have devised some method by now to either totally disguise the vehicle while driving it around town or shipping it from one place to another.
Do they really think that some warehouse/shipping employee is going to turn off his camera phone when something like this rolls in? Of course not, the guy is gonna shoot a bunch of photos to show his buddies, etc.....
Makes me wonder just who popped the hood so the pics could be taken??

I enjoy seeing these pictures but have no sympathy for GM with regards to "word getting out"......maybe GM needs their own Area 51......

I find it hard to visualize how the authorities can be summoned on pretenses of a security breech. It would seem they would have to prove a gammet of situations (i.e. un-authorized entry, contract breech, private property rights) against someone.

A lawyer where I work told me once that the clock starts ticking on anything that is exposed to the public no matter how or under what conditions it was exposed.

It probaly sucks for them that the "cat is out of the bag." But legally, it would seem hard to sustain.
GerryLP :cool ​ 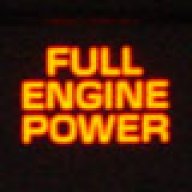 68Roadster said:
I enjoy seeing these pictures but have no sympathy for GM with regards to "word getting out"
Click to expand...

I don't see how it's really any different than if say some janitor took photos or made copies of some drug company's research, or any other form of industrial espionage.

When you are talking about people photographing stuff from a public place, like looking into GM's proving grounds from the outside or catching them on test drives, that's one thing. That does not sound like the case here though.

They thrive on "leaked" photos.

It' like the "superstars" puke ), hating the paparazzi (yeah right 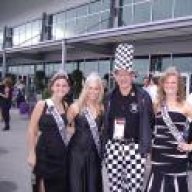 Much ado about nothing. It's a car few can ever afford to get, assuming that one can be found. Who cares except Jay Leno? If I can't buy it it is just like a Ferrari or McLaren SLR. Put it on a shelf til Barrett-Jackson, or race it, but for the average Joe, it looks just like another Corvette. Ho hum.

If the morons hadn't left it sitting on a loading dock unguarded........ Wait just a minute.........maybe they left it unguarded on purpose. Oh boy this is big. I'll bet the Democrates set up a Senate Hearing.

2020 Corvette Production to Halt Due to Mexico Supply Chain