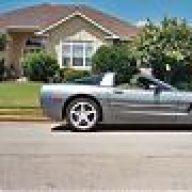 Hi All,
I have an '04 Coupe with the original standard equipped AM/FM/Single CD player. How difficult would it be to install an aftermarket XM satellite radio that I can easily take out and use in another vehicle. If this subject has been brought up before, you can just redirect me there. Thanks a lot.
John K.
John K.

I'm interested in this too. Right now I'm looking at both XM and Sirius and have really yet to decide whic is better. I signed up for the free 3 day subscription to XM and will try the Sirius next week. My intent is to do the initial install in my 99 Silverado Z71 and be able to move the radio unit between there and my 02 coupe.

I looked at the link but it's pretty old, going back to '04. My 02 does not have a CD changer and I'm not too sure I want to go thru the hoops and additional costs to buy the changer cable and the other pieces to use that cable. With moving the satelitte radio between vehicles, it may be just too much more money for me.

Sirius has a cassette adapter you can use for their radio. You connect a cable between the Sirius radio and a cassette adapter and then insert the cassette. It's probably a better connection than going thru the basic FM transmitter. You would still have to provide 12v to the Sirius unit, but it might work for multi car applications.
C4cruiser
Corvettes de Olympia
Puget Sound Corvette Club
NCM Member #7353
02 Vortech supercharged EB Coupe
87 Gold Coupe 4+3 Z52
My Past Vettes: 92 Vert, 78 L82 Coupe, 73 L82 Coupe, 70 LS5 Coupe
B

When I had a 2002 C5, I settled on the Delphi Skyfi2 (now about $129 at Best Buy with the car kit). We had it in a 2002 coupe and still have one in a 2003 Monti Carlo. Worked great in both installations. We also have the home installation kit that attaches to the stereo and the remote boombox so it will go portable. I moved the unit from the C5 to use in one of the other locations from time-to-time.

In the C5, I put the tuner in the center console. plugged it in to the accessory plugin, ran the antenna wire around the bottom of the dash and put the antenna on the dash by the front right corner of the dash where the dash met the windshield. Later on, I did find another location that worked better. I Removed one of the inside tail lights and put doubleback tape on the antenna. Reach in and slip the antenna up between the center stop light and the top of the car's rear skin. It just barely squeezes in there. Run the wire through the bulkhead and around to the center console.

I used FM 107.1 in this area to let the XM unit transmit to the car radio. Sounded good in both installations! Now, I have a C6 with the NAV radio and the XM tuner that was in the C5 stays connected to the home stereo.

By the way, I tried both Sirius and XM and decided that I liked XM better. Personal choice on my part (I am not into Martha or Howard <grin>).

Do you happen to have a pic of how the tuner looks in the C5 center console? Thanks.
John K.
B

Do you happen to have a pic of how the tuner looks in the C5 center console? Thanks.
Click to expand...


John, I am sorry but I don't have any pictures of the XM tuner in the console. It did have lots of room in the forward part of the console to fit and the heat it generated never became a problem for it even in the summer. If you have a Best Buy close, take a look at the Skyfi2. - Bill

No problem, Bill. I have a Best Buy close and plan to check it out. Thanx!
John K.

XM vs. Sirius? Next year NASCAR moves to Sirius so I guess I will be dumping XM.

ad
You must log in or register to reply here.