It Is An Annual Thing 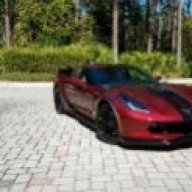 This thread is NOT intended to generate controversy. In the event it does, I hope a clearheaded Kahuna will relocate it to The Edge (if that is still around)


Deceleration Of Independence from British Oppression.
​
For the very first time, I read the document. I should be ashamed!

Why read it today? Well, I guess because now, more than any other time in my life, I believe the country & culture envisioned by those 56 signees is in serious jeopardy.

Here are small examples of what is happening:

We hold these truths to be self-evident, that all men are created equal, that they are endowed by their Creator with certain unalienable Rights:

~ that among these are Life, Liberty and the pursuit of Happiness.

~That to secure these rights, Governments are instituted among Men, deriving their just powers from the consent of the governed, (powers given from the governed...what a concept!)


~That whenever any Form of Government becomes destructive of these ends, it is the Right of the People to alter or to abolish it, and to institute new Government, laying its foundation on such principles and organizing its powers in such form, as to them shall seem most likely to effect their Safety and Happiness. ……………..

The history of the present King of Great Britain (POTUS) is a history of repeated injuries and usurpations, all having in direct object the establishment of an absolute Tyranny over these States. To prove this, let Facts be submitted to a candid world.

He has refuses his Assent to Laws, the most wholesome and necessary for the public good. (Think rampant, out of control spending & curtailing a Balanced Budget Amendment)

He has forbidden his Governors (states) to pass Laws of immediate and pressing importance, unless suspended in their operation till his Assent should be obtained (Think Arizona immigration law & the Fed suite to have it overruled.)

He has endeavored to prevent the population of these States; for that purpose obstructing the Laws for Naturalization of Foreigners; refusing to pass others to encourage their migrations hither. (Think the reverse…he does nothing to protect our borders but instead not only encourages illegal immigration, but places the economic and social burden of those illegals onto the American people.)

He has erected a multitude of New Offices, and sent hither swarms of Officers to harass our people, and eat out their substance. (What a list that can be developed here!)

He has combined with others to subject us to a jurisdiction foreign to our constitution, and unacknowledged by our laws; giving his Assent to their Acts of pretended Legislation: (think allowing Sharī ah Law to creep into our legal system)

For imposing Taxes on us without our Consent (Think ObamaCare)

(Not so much) ~ For depriving us in many cases, of the benefits of Trial by Jury: (but for allowing civil law to be applied to war criminals, terrorists, and enemy combatants.)

In every stage of these Oppressions We (today's citizens) have Petitioned (POTUS et al) for Redress in the most humble terms: (and at the polls) Our repeated Petitions have been answered only by repeated injury.

A Prince whose character is thus marked by every act which may define a Tyrant, is unfit to be the ruler of a free people.

It is said that “History repeats itself.” And “What goes around, comes around.” Both are easily visible in just this one document.

THESE are the times that try men's souls. The summer soldier and the sunshine patriot will, in this crisis, shrink from the service of their country; but he that stands by it now, deserves the love and thanks of man and woman. Tyranny, like hell, is not easily conquered; yet we have this consolation with us, that the harder the conflict, the more glorious the triumph. From The Crisis by Thomas Paine

The difference is that in 1776 we were Giving Birth to our nation.

Today, we are like the passersby who do not wish to get involved in a mugging.

We take little or no part in our own rescue, instead preferring to stand by and watch as our nation and our futures go on Life-support.

We have become a nation of summer soldiers, sunshine patriots, and self-consumed individuals. We are more interested in placing blame and personal gratification than we are on working to resolve the problems. Our mantra:

Not one man, not one party, not one generation is to blame. However; our collective complacency over many years is taking its toll!

As the next cycle of Silly Season bears down on us like a runaway train, we must make a searching and fearless moral inventory of our individual and collective consciousness.

We must do our own research, rather than allow our selves to be lead by the media and special interest groups.

In the end, we must elect leaders who will return us to the principles laid out by the Original 56!
So while you're grilling those ribs, dogs, and all the rest, pause to reflect upon what made this country great and the blessings that have been bestowed upon it, you, and us.

​
There Is No Cure