Lingenfelter Super Ram, is it any good, need help !! 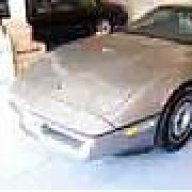 I have a 85 vette and was going to buy a used super ram from Lingenfelter. I was going to buy the accel manifold later and bolt it up for better performance. I have an automatic and the torque band on the super ram is designd for automatics. What are everyones thoughts on them, do they install corectly? are there clearance issues ? do they give you real HP and Torque gains? I have heard they dont mount right, they leak and dont fit under stock hood?

Anyone who has any experience or input as I must pay by tomorrow Tuesday the 11th and If not a good idea, will shy away from. I was going to get polished large runners from arizona marine and a ported plenum with larger throttlebody until I saw this. I have seen many pics of vettes with them, will they work with stock heads? what about the leaks? is the super ram fine and the accel intake the problem? have hard the eddelbrock high flow is a better choice with the superram?

there are allot of vette owners who know much more about this, and those who actually have it or have had it, your input would be greatly appreciated.. thanks cheers

I had a Superram for over 12 yrs - sold the car. Never any issues.

Car with intake and heads, went 13.0. This was an L98 F Body.
For more information on Callaway Corvettes, please visit: http://www.callawayownersgroup.com 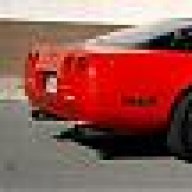 I have had an LPE Superram on and off several times with no problem except it takes time. The torque numbers are awesome with this intake. You will love it on the street.
1994 LPE 385

Can you use the super ram with stock iron heads from an 85? My intake needs replacing anyway the previous owner was a jerkoff and tightened the thermostat bolts so tight he broke one off and drilled it out, without tap and die and just used larger bolt, so of course it leaks a little. Looks like will be picking up later today then, anymore input would be super..

They can be a pain to seal right, but I like mine. I'm not dialed in yet completely, but with heads and cam and intake I've gained over 100 FWHP and the engine is still pulling when it used to be out of air. I've got a 4+3, and don't see where the torque curve is a disadvantage.
[RICHR]

I'm actually very close to buying a SR. I have read alot of threads about how much of a pain it is. However I have yet to come across any threads that acknowledges any problems, or attempts to correct them.

I have been looking for about two weeks. I think a SR and a new TB will be on the christmas list this year, if I can wait.

Problem: Machining, especially on newer units, is inconsistent. As a result, things don't line up right all the time, especially if you get parts that were manufactured at different times. Porting may be necessary.

Problem: the gaskets are also inconsistent. They're made by MR Gasket, which probably means they're from China. They often need trimming inside the ports, and my two sets were quite different in size, to the point where my first set would not seal the lower runners to the manifold. Since the gaskets aren't a normal item, it's also hard to get them on short notice if needed quickly.

Problem: the bolts which hold the plenum to the upper runners go in from underneath and you need size-1 fingers to start them, and oddball tools to set them, plus it's very easy to start one on an angle and strip the hole. Some people, myself included, tap the runners instead and thread the screws DOWN from inside the plenum. However, if you're not careful you can drop a screw down the intake that way...

Problem - the lower runners seal badly to the intake. I had to try two different sets of SR-specific gaskets before I found one that was wide enough to actually seal all the way around.

Problem - not all valve covers fit under the widened runners and may need to be ground (the thicker nicer AL ones especially. The cheapo Edelbrocks are fine).

That enough? I'm sure I can think of more.

That said, I still think it's a better investment (with the right cam) than a mini-ram because you keep your low-end torque. My engine is still gaining HP at 5k RPM and breathes nicely to 5500, which is the fastest it's been dyno'd, but will also spin tires through second and sometimes chirp in 3rd.

That is for sure enough info to get me going. I dont want to hijack the thread too much but I guess this is related info to the original post.

Can you use any gasket maker, which would help seal, that way you aren't dependent on the gaskets supplied? The right stuff comes to mind, but that would be a bear to take apart.

Is tapping the screws to be put in from the top a must? I have heard that before. I imagine you can tap off the runners to avoid dropping anything.

We considered using gasket-maker only (believe it WAS The Right Stuff, which I used on the intake manifold) but there's a decent thickness to the cardboard gaskets that helps place the pieces properly (well, helped in my case). We used a little Permatex Blue on the gaskets as well, but trying a dry-fit without them everything was shifted down too far.

You don't HAVE to tap from the top; the first time I put the plenum on I did it the "right" way. When I had to take it off again, I tapped it from the top because it was even harder getting off... and I did tape cardboard across the runner ports so as to not drop anything, but it was still in the back of my mind.

And your last sentence is the plain truth - the right mods. If you just put on the SR, I think you'll see maybe 25-30 HP gain MAX, and that at the top end above 4500 RPM. You really need to replace the cam (LPE recommends the 74219, which is a roller cam, which makes life interesting for us flat-tappet people) and at least port the heads. Otherwise, you aren't really using the extra air your engine is pulling in.

My combo grew a bit from my initial plans, but I've got a 91 block (roller cam) with the 74219 LPE cam, polished SR with ported/polished runners, 52mm throttle body (LPE says 58, but that seems overkill), ported/polished racing heads with larger intake and exhaust valves, lightweight valvetrain, longtube headers, and a serious tuning headache. So far I've got 278 RWHP which equates to between 330 and 370 crank HP depending on whose conversion factor you believe. Don't know if there's a torque conversion as well, but if not then TQ didn't change much at all. LPE told me my setup would be good for 400-425 HP and 400-450 lb/ft of torque and I'd give a C5 Z06 a run for its money in the 1/4 mi. Not seeing that yet...

I called lingenfelter directly to verify whats in john lingenfelters book. That is the super ram and larger intake base would get 60hp and 85 ft pounds of torque. add the 58mm throttlebody and get 15-20 more. stock injectors fine and stock cam fine. Go messing with cam and could fail inspections. you also need the cold ram air filter kit, it also says with all, torque curves I looked at 2500rpm is where it started up 10hp 14 torque and by 3500 up37hp and 61 torque and at 4500 it was even with stock but hp up, but curves going down compared to stock. because of the automatics long gears this worked well.

I just read nothing about installs and must take into account things not properly installed:bash, the mechanic at chevy who only works on vettes, and has a racer 88 said 1st try perfect and no problems to date? so might depend on your parts or skills. Tools always play a big part thanks

85SilverSurfer said:
... 1st try perfect and no problems to date? so might depend on your parts or skills. Tools always play a big part thanks

The guy who installed mine, slotted the bolt bottoms so he could use a small screwdriver to turn them from above (through the intake, where it net the runner tops.

Apr 14, 2020
Bagoftrix
B
L
Question: 17YO need help deciding to upgrade to a later model C4 this summer, or keep current cars