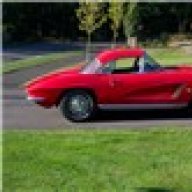 I have a '62 with a non-original, non-vette 327 (built in '62 at the Tonawanda, NY plant). Although the enigne runs OK, the engine and engine compartment need a good makeover so I plan to pull it, rebuild it, and restore both (at least appearance-wise) to their full glory.

Given it's not the original engine, not a vette engine, and I don't know what the car originally came with, I figure my rebuild options are pretty wide open. The only restrictions I plan to put on the project is I'd like for it to look like one of the three carbureted options that came in the '62 and I'd like to keep the costs within reason.

I'd like to install something with some real get-up-and-go. I've considered restoring it to the 300hp version, the 340 hp version (assuming that's do-able), or even rebuilding it with some kind of a stroker kit (if they exist for 327's).

From what I've read, there's no way to identify what the car originally came with because GM destroyed the build records back then. Even if I could identify it's original configuration, it still wouldn't have it's original engine so I'm probably not interested in going that route (back to original config). However, I might change my mind if there was a sure-fire way to know more about what it came with. Any advice on this subject would also be appreciated.

How about a small block 400? Lots of torque for street power, step on it and it goes, and still very driveable. Could look almost stock with a little work. You could use allot of your old stuff... heads, manifold, clutch, exhaust, water pump, starter etc. Will need external balancing parts though. PVC venting considerations also... no draft tube provision. 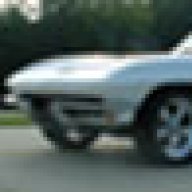 I'd put a ZZ4 crate motor in it with a 5 speed from Keisler Automotive. Run 411 gears in the rear and it would be an awesome ride. You'd spend about $9,000 but what a great combo without trying to take an older motor and make it new again. A friend has the ZZ4 in his car with a standard 4 speed and a 355 gear. The car will scream. Just the ZZ4 with no other changes would make an impressive ride. 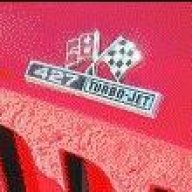 I'd use properly rebuilt 350 short block, add an LT-1 cam/lifters, a decent set of heads, and a 62 alum intake/AFB (or edelbrock copy of one), corvette alum valve covers & air cleaner. then add a set of 3.70 gears. A nice all round street/performance package.

Any ideas on the hp of that engine and can you give me any kind of a ballpark estimate regarding cost for that build-up?

Funny you should mention the ZZ4 motor. I've been thinking about doing just that. The car currently has the Muncie 4-speed so I'd have to figure out how to mate-up that thing but it sounds like your friend did just that. Is his 4-speed the Muncie 4-speed? Any details on the setup would be much appreciated.

Speaking of the GM crate motors, I was watching "Classic Car Restoration" on the DIY network last night and they installed a GM crate motor into the '67 Camaro they're working on. It all seemed pretty normal except for the part where they broke-down the brand new motor (totally took it apart), checked ALL of the tolerances, and even degreed the cam before putting it back together and installing it in the car. Of course they didn't find anything wrong but it is my understanding the GM crate motors come ready to be installed. I can't figure out whether they did it to demonstrate the steps a person needs to take to determine whether an engine is in good shape or those engines need that extra level of work. Do you know?
J

There are lots of options, but you have to decide what your goal is for the engine before you start, then stick with the plan; changing direction in mid-stream gets expensive.

If you want original appearance, stick with your 327 block (or, preferably, any pre-'69 Flint block) so you have the crankcase vent hole at the back; if judging is in your plan, you'll need an 870 Flint block cast within six months prior to the build date of your car. From there, you can rebuild it as either a 250/300/340hp package - lots of parts are available to do that.

If original appearance and/or judging aren't in your plan, the options are wide open, from 327's to 350's, 383 strokers, 400's, crate motors, etc. All will bolt right in, and you can use a T-10 or a Muncie - your choice. There are few "clues" as to what it was originally, so you can build it any way you want (if you go with the "originality" plan), and nobody can tell that it wasn't "born" that way.

Ryan,
I spent 2500 on the rebuild. I took the builder a complete engine and he returned it ready to go minus the extras ie starter,dist, carb...blah blah blah.. This include complete valve job new hardened seats and valves. TRW forged pistons, forged crank the rods were some that he had. The crank is a 350 crank with the mains milled down to the 327 journels. New Comp Cam and roller tip rocker 1.5:1. Completed all machine work and put the motor together for me. I can't say enough about this guy. Now though I still haven't fired it either but his reputation is what I bought. Needless to say he "claims" 375 to 400 hp but from what everyone says here it's not possible. I still need to order my carb but I think a speed demon is going to reside on top of this ole girl. Then once the Keisler is here we'll take it to the dyno and see what we have at the wheels and I'll report back... Dave..

i would go with the 400 if the price is right thereis no substitute for the cubes you would love it steve
ase,gmc,olds,master tech and L1 certifed