Wife's 98 vert with tire sensors keeps losing air. Sometimes she will drive to work and return home with no problems, however at other times when she drives to work and leaves at the end of her shift the tire will be flat.

It's used primarily as a weekend (no kids) driver and we've driven it all weekend with no problems only to find the tire flat several days later.

I took it in for service and they could not find a problem, when it repeated itself I took it back and they found a small amount of air escaping from the screw on the tire stem. They changed the screws and I thought problem had been fixed, but it began occurring again, I checked all the stems and the screws are still tight.

Has anyone else experienced this problem, if so how did you fix it?

Is there any rim damage? Where did you take it for service? Would breaking down and reseating the tires help? The intermittant part of this makes me question the seal at the tire bead.
Save the Wave!

Took it to the Chevy dealer. No rim damage, purchased new tire/rim package 8 months ago. When this problem first arose tire was completely flat when I saw it, since then I check it daily and put air in tire when I notice it getting low. 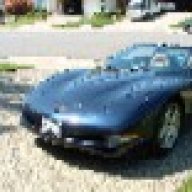 Sounds like you have a nail that leaks air when you happen to park with the nail on the ground. I had this problem and drove me nuts. Found the nail, repaired the tire and no more problems. This will at least give you something to look for. 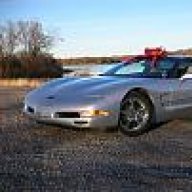 Are these new wheels too? Does this happen when there's a drastic temperature change in the weather? Years ago I had a leaky wheel, when a cold front came through it would leak and I'd have a flat! Just a thought....
Doc
M

Brand new rims and tires, no nails or punctures. When I first went to the shop they imersed the tires in water and found no air leaks what-so-ever, it was only after leaving the shop when I noticed the tire losing air. I took it back to the shop and they dunked them again and found a small amount of air leaking out of the valve stemand tightened the valve stem screw.

I'm down here in Florida and its been hot and cold, but I've had these rims and tires for eight months and this problem only arose a few weeks ago. The car is kept in the gagrage and only driven primarily on the weekends.

The rims are not factory, but they are made to accomodate the tire sensors and I'm only having problems with the rear tires. I'm beginning to think I may have to get two new valve stems put on the rear.
O

Have they tried to adjust the tire pressure sensors? A similar situation happened to me when I put my new wheels on. The valve stem on the outside of the wheel was nice and tight, but the sensor on the inside of the wheel was off a bit. I ended up getting a slow leak when the car sat for a while, but it was fine while I was driving. I guess the guy that mounted my tires wasn't paying attention or something....go figure:duh
M

Haven't tried that,but I'll take it in and have them do it, hopefully that will fix it.

Thanx...
You must log in or register to reply here.