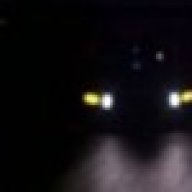 The answer to the question of what these belong to

Came today via the

Holy Crap! I can't even explain how nice these are ::W:W:W

Those are cool Chip! 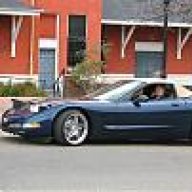 
WOW! I love them, Chip. Can't wait to see them installed. My Navy Blue Vert may be needing some more attention, soon!:cool

God must have invented CNC machines. What a work of art. It will be almost a shame to close the hood once they are installed.

Tom Bryant said:
God must have invented CNC machines. What a work of art. It will be almost a shame to close the hood once they are installed.

Here are the install pics...

Finally got the time to install the valve covers and new fuel rails.

The install of the valve covers went pretty smooth, nothing in the way.
The only small issue was that the #4 and #5 coil. There had to be a small modification to the coil bracket to fit. Everything else fit perfectly.

The fuel rails were a different story

The second major issue with the fuel rails was that the rail stands were a touch to short. Everytime I'd bolt it down, they would leak from one of the injectors. It took me some time to track the cause down, but once I did, 1 small washer under each stand relieved enough pressure so that the injectors were no longer pinched down, and there was no leaks.

Here is the oil that came out of the one that was on the car, approx 2000 miles of light

Here are the semi finished pics, still have to clean up the wires and re-clean the engine bay...

Looks real good makes it look like an engine instead of some plastic thing.