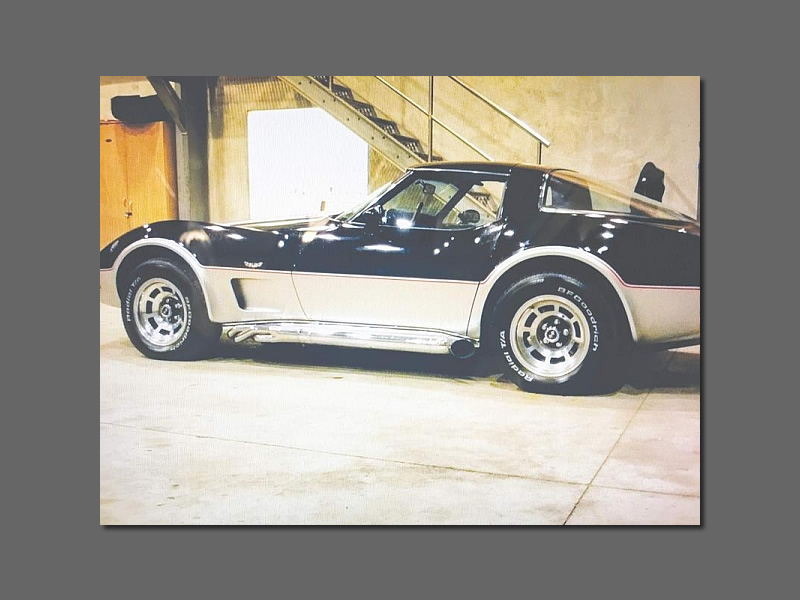 Steve Woolston, of Auckland, New Zealand has been the owner of a 1979 Corvette for the last 20 years.

It was his daily driver In Auckland, Australia up until last year, when he brought it home with him to New Zealand. Since then, he's been gradually restoring the car while storing it in a friend's garage.

The people that own the home where he was storing the Corvette came home from a weekend trip to find the car gone and the lock to the garage smashed open. They also discovered that the main camera box that controls the security cameras was missing.

“It wasn't driveable. I had parts of the engine off and the ignition wiring needed to be finished off, bits and pieces like that.”

“It was a targeted thing.”

The Corvette is painted a two-tone black and silver similar to the 1978 Corvette pace car and is equipped with side exhaust that Woolston installed himself.

“The whole country is upset that the car has been stolen. It's useless to whoever stole it. They can't register it and the serial numbers on the chassis have been reported.
“It's flagged nationwide as a stolen vehicle.”
Click to expand...

“Somebody, somewhere will have seen something. But it depends whose hands it is in whether I will get it back in one piece.”