Whats average consumption per 1000 miles for a coupe? I recently read an article in Automobile Magazine about a long-term test they ran on a ZO6. The piston rings had to be replaced because of excessive consumption. Ive added about 2 quarts in 3500 miles since I bought my '00 coupe 2 months ago. Is this considered normal? Does the Z06 tend to use more oil?
T

After reading these oil consumption threads I checked mine yesterday, and after more than 4000 miles (and these are the first 4000 I've driven the car since I bought it with 10k on it) I still haven't lost any appreciable oil. It still reads well within the XXXs.
--Drew

02 C-5, I have noticed your description line and I just gotta ask. Do you have your vette yet? It states that it was born on December 02, which according to my calender is still 5 months away. A typo? Please enlighten me.
--Drew

GM sent out a bulletin about this problem that the LS1 burns about 1 quart of oil every 2 to 3 thousand miles. You just need to keep checking. Some do and some don't.
0

I Fixed the date .
D 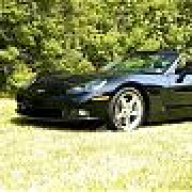 Well guys, maybe I've got a good one. But in the past 2000 miles I haven't burned a drop. I'm a die-hard AMSOIL user, both oil and filter, and I'm sold on the performance and ease of maintenance.

The oil burning issues come down to anti fric. rings gm used. I don't know if all years got this package but, I can say that A quart or two of Mobile-1 at 2-3k of miles "is" eccessive being that your not slaloming or drag-racing. GM is telling customers that this is normal; why should't they? A total recall on all LS1s would be a catastrophic loss! Note that many 6.0l in the trucks and caddilacs have been running into the same problem. My brother- in-laws 2002 2500HD truck motor failed at 10k; burnt 2 qts of mobil-1 every 3k w/ piston-slap noise similar to cold lifters sounds. They honored the warr. w/ a "new" 6.0l only to have the same thing happen w/ the 2nd engine: The result was Lemon law action; the dealer took the truck back and told my brother-in-law to pick out A new truck. He took the same 2500hd w/ 8.1l w/ the allison trans. No more problems. My "opinion" is this: If your vette burns that much oil "complain" and do it loud! Many of lawyers have gotten dealers to eat these oil burnin' vettes only to be resold through dealers. Check out your state's lemon laws. Luckily, my 97 has not burnt a drop of oil ever! I also don't beat it but I don't baby it either. Its an auto w/ 2.73 rear. Good luck! les

The pertinent service bulletin is posted in the Knowledgebase, on a subsequent page in this forum and in the Z forum.

The PCV system is also involved. Reviewing it might be helpful, and no, it's neither just Z's nor is it all Z's. Just some of them.

Hi there,
It is about time for a little fact here on this issue.
1 quart in 2000 miles is classified as normal.
This was addressed in a TSB for 99-01 vehicles, which was also now revised to include the PCV baffle plate, and knock sensor housing in LS6 only.
The LS1 has no issues with the PCV system and this should not be mistaken.
You are dealing with a more tightly built NASCAR engine, and this will consume oil.
I can reference other manufacturers that state that their high performance cars will also consume oil, at about that rate, Cobra R, Boxster, 390 Cobra, and I can go on.
GM series trucks with Gen 3 are in a different class as they have different PCV systems, and are NOT the same. There is a bulletin about a revised PCV valve on the 6.0 engines, as well as the piston knock that has been mentioned here.
Every rering that has been performed per GM guidelines, will increase the rate of usage to about 1 quart in about 3000.
This is based on fact, NOT anything else.
Reference can be made in the GM database for those technicians whom want to use it.
Besttoall, c4c5

Once again, a big thanks!!!!
Steve

So , we are stuck with expensive high performance oil burners , keep an eye on the oil level so they won't run dry .
Thanks.
Joe
0

So , we are stuck with expensive high performance oil burners , keep an eye on the oil level so they won't run dry .
Thanks.
Joe
You must log in or register to reply here.