Report: Junior to drive for JR Motorsports in 2008 What subject does Dale Earnhardt Jr. want to talk about?

Members of the media have been invited to a Thursday morning news conference at the JR Motorsports race shop in Mooresville, N.C. However, details of the conference were not provided, lending speculation that it may involve his contract negotiations with Dale Earnhardt Inc.

SPEED will interrupt regularly scheduled programming to go live from the JR Motorsports race shop at 11 a.m. ET for the news conference.

Junior's contract with DEI is scheduled to run out at the end of the season, and he and sister Kelley Earnhardt Elledge have been involved in talks with team officials. Both parties have stated in the past that they want to have the issue resolved by May.

During Media Day at Daytona International Speedway in February, Junior first mentioned his desire to obtain a majority ownership in the company founded by his father, a demand which was repeated by Elledge two months later.

"Fifty-one [percent] is the right number because that gives us control," Elledge said. "We'll take 75 or 95 or whatever we work out. At the end of the day, 51 gives you control. And we want control."

According to the Associated Press, DEI president Max Siegel said DEI has "worked hard to address everything" that Junior sought, without discussing specific percentages.

Good for Jr and Kelley!!

Time for stepmom to get a reality check. Can't imagine Bud would stick around to watch someone count profit from Big E memorabilia or "Dale" movie ticket sales.

Time for stepmom to get a reality check. Can't imagine Bud would stick around to watch someone count profit from Big E memorabilia or "Dale" movie ticket sales.
Click to expand...

I understand Mikey will be driving for DEI next year 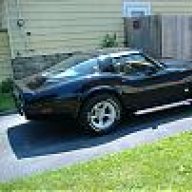 Its really sad to see her do what she has done, and im sure Sr is rolling in his grave right now.I dont think Jr running and driving for his own team will work either, its a tough thing to pull off.Id say if he hooked up with childress or hendrick and drove for them he would be way better off.
G

Well the truth is out ,Dale didn't marry the women for her brains.Every time I see her I get a chill and have to put my TS jacket on
You must log in or register to reply here.