Time to buy a lift! Which one/what type?

I know some of you here have lifts. I'm building a new house, and the 3rd garage bay will have a 13 foot ceiling. Any suggestions on what I should buy - type/size/brand/etc....

Put the lift on hold untill you move in,Your going to have a ton of other stuff to think about.
YOUL SEE.

check the Corvette "STABLES" forum area here at the Corvetteactioncenter site - threads on this are plenty
For more information on Callaway Corvettes, please visit: http://www.callawayownersgroup.com

Actually I have a eagle 4 post lift.As I use it more and more I think I could be built safer.

I would search the web to see if they have any new designs I actually wanted a back yard buddy I thought it was a better unit ,I was impatent (back yard buddy had a 4 week lead time when I purchased mine) and purchased the eagel lift.

I have never had a problem with mine it has worked flawless,and eagles customer service has been TOP NOTCH.I just dont like the idea of not being able to see all the locks are released to safeley lower the car on the lift.

I'm not buying it TOMORROW...

I like to plan WAY AHEAD... I'm not moving into the house for another 9 months. But I'd like to start shopping now, or at least know what to shop for from those who've had experience with them... So I suppose I should have titled the thread "ALMOST time to buy.." 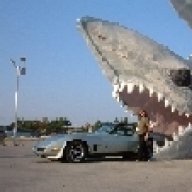 If you're planning on a two post lift and if the slab where the lift will be placed has not been poured yet make sure the concrete is 3000 psi and a minimum 4 inches thick preferably 5 inches.

This is the kind of info I'm seeking... No, the slab has not been poured yet.

I'm in Florida, so I'm not worried about temperature at least. 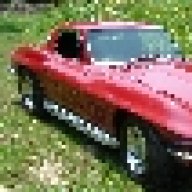 Just bought a Backyard Buddy. The first thing that impressed me was that the posts are heavy square tubing not C chanels. Looks much stronger to me. The second was the roll about casters are attached to the post not the lift frame. Finally they have a power jack setup that rolls under the car and lifts an end up to do tire and bake work. Everything has very substantial locks.

If you are going for a two post have lots of concrete poured for a base. That is the only thing holding it up. Also be careful of the placement. I know some one that installed it based on the cars he had and then bought a 61 Impala and now can't close the grarage door because the car sticks outside when it's on the lift.

With Backyard Buddy's new lift system all the reasons for having a two post lift are gone.


*89x2* said:
check the Corvette "STABLES" forum area here at the Corvetteactioncenter site - threads on this are plenty
Click to expand...

Any pics of the power jack setup? There's no info on it on backyardbuddy's website

which is rather poorly designed... All they have is the "rolling jack platform" - https://www.backyardbuddy.com/item13.htm

I have the http://www.autolifters.com M6 lift, that I purchased several years ago. This fall I'm installing a second M6. The design is like the Backyard Buddy, which I feel is the best design of all the lifts, especially the column lock mechanism design. Their advertised price is $2395 but when you call they normally have a "special deal" they will offer (you may have to ask for it). If I wasn't satisfied or was concerned about working (or storing another vette ) under the raised car, I wouldn't be putting my money where my mouth is by purchasing a second one. For me, being able to park 4 cars in a 2-car garage is the primary reason for selecting a 4-post, but using the lift for maintance and restoration of my '56, '64 and '98 vettes is equally important.
S

Thanks to those who recommended checking the Corvette Stables -- I never really noticed that before -- some cool stuff there. There wasn't a plethora of info there on lifts, but it pointed me in the right direction. I also did a fairly extensive search on this forum as well as CorvetteForum as well as the internet and I've come up with what I think is a fairly comprehensive list of the quality lifts on the market.

I have now decided on the 4 post. I like the ease of drive-on/drive-off. If I can find (and afford) a 4-post with a rolling air jack, then the ease/convenience of tire/suspension access makes the 4-post the obvious choice. True, the 4 posts take up more room, but as far as stability, safety, convenience, mobility, not needing special concrete, etc., I think the one downside is substantially outweighed by all the upsides when compared to other styles of lifts.

Here's what I've got:

www.directlift.com -- certainly can't beat the price on the Pro-Park 7. Comes standard with a Jack TRAY (doesn't roll though, and no jack). Like the color - black - matches the Vette, the Harley, the MDX, the toolchests, etc...

www.backyardbuddy.com -- a well-known name in lifts apparently. Jack TRAY (it rolls at least), but unsure on the rolling air jack.

www.autolifts.com - the Bend Pak HD-12 Space Saver -- I like the 12,000 lb capacity vs. the 7000 of the others... Does have rolling air jacks which are PRICEY!!!! Saw reference elsewhere to a Bend Pak Free Wheel which had scissor jacks flush mounted in the ramps -- neat idea, but model is apparently discontinued.

www.stingerlifts.com - appears to be a quality lift - annoying that no prices are listed on the website. I like the polished aluminum on the SC model. Some nice accessories - no rolling air jack though.

www.doublepark.net - also appears to be a quality lift... ALSO annoying - no prices on the website. Like the ability to have custom colors. Nice FAQ though...

www.autolifters.com (thanks JP) - I REALLY like the extra clearance on the M6 Plus! Lots of good website info on safety. Interesting "slam" on DoublePark's lift... Might also apply to the Stinger and Pro-Park -- hard to tell from the pictures.

I honestly have no idea at this point which one to purchase. Ordered brochures on all of them to assist in the decision. I anticipate whichever one I do purchase, I'll have to fabricate the rolling air jack as the only ones I've seen prices on have been $3000 JUST FOR THE JACK!!
J

Have your garage door guy install the door in your lift bay as a "high-lift" arrangement so you can have the door fully open with a car at full working height on the lift. Also pays to get 8'-high doors instead of the standard 7' doors, so you can roll the lift outside (on its caster kit) if you need to. My ceiling is 12', and the horizontal tracks are 9" from the ceiling with the "high-lift" door setup. Also, get the optional aluminum ramps - the standard steel ones are a bear to handle and store.

Thanks John! I'd already noted your setup -- EXACTLY what I want. I'll have 13 feet only in the one bay, the other 2 bays will be 10 feet. I'm not sure how much more it would cost to have 8' doors on all 3 bays, but I'll check into it.

I've also noted your floor with great interest. I'm going to check into Jacksonville, Florida area appliers of epoxy finishes. If they charge here what you paid, that's cheaper than RaceDeck (which was the other option I was considering) and I wouldn't have to worry about leak-through on the seams...
S

For everyone else, Backyard Buddy's NEW auto rolling jack is here:

$1695 isn't TOO bad I suppose compared to some other ones I saw... Still seems like I can fabricate something pneumatic for far cheaper. I agree that it's a must have feature on the 4-post!
6

Pitching in my $0.02...I purchased a PerfectPark 7000 about a year ago from liftsunlimited.com
I did quite a bit of research before buying, and this is the lift I felt offered the best construction for the cost (around $3,000).
The materials and workmanship are outstanding. The lift is very well constructed and easy to assemble. All parts were neatly packaged for delivery. Although I use it mostly as a storage lift for my Corvettes, it also lifts by Suburban without hesitation.
Good luck in your purchase!
S

Thanks for all your input!

I think I've settled on a lift! I've decided to go 4-post for reasons stated previously, and I'm probably gonna go with Autolifter's unless BackyardBuddy gives me a GREAT price...

Having researched this to death in the past few days, I think the design employed by BB and AL is the most sound from an engineering standpoint. BB claims to have had ZERO lift failures, and has an interesting video available for download on the comparison between the two main designs. AL's testing results, as well as their other safety comparisons/results (especially with the forklift ramming one of the posts) are also quite compelling. AL's is only $400 more than DirectLift's. However, I'm gonna go with the M6Plus so I can have the room underneath for my SUV. AL's list is $2795 (currently offering free freight). BB's price for their 10"+ version is $3395 +shipping. So unless BB is willing to cut me a sweet deal, looks like AL it is.

I'll post my results when I get this thing. Will probably be 6 months. 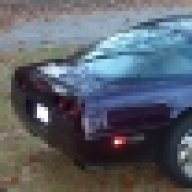 Had a commercial floor outfit (Home Pro Floor Coatings, www.homeprofloors.com ) do it for me. I Laid 10-mil poly sheet and 1-1/2" thick high-density closed-cell foam panels with heavy foil on both sides down before pouring the floor to insulate it and provide an impervious barrier against moisture migration, let it cure for three months, then let Home Pro come and do their thing.

They steel shot-blast the concrete to open pores in the "skin" so the coating has something to grab onto, then they pour a coating of 2-part industrial epoxy resin that cures overnight. They come back the next day and pour the second coat, tinted in your choice of colors, with fine silica sand sprinkled in it for anti-slip when it's wet, drive on it 24 hours later. Warm, dry, and absolutely indestructible; dropped tools won't chip it, hot tires won't mark or lift it, and it's impervious to any automotive chemical (gas, oil, anti-freeze, brake fluid, etc.), and super-easy to keep clean. I paid $1.82/sq ft to have it done three years ago, and a friend just had his done by Home Pro last month for $1.95/sq ft. Best money I ever spent in a garage, still looks like the day they poured it three years ago.

Question: what brand of rims are bad, which are good?