Which Truck to buy?

Ok guys I am looking at trucks, and wanted to know some of your experiences. Right now I am torn between either a GMC/Chevy or the dodge. I am looking in the high teens to low twenty's.

Any experiences with either of the trucks I would love to hear. I have heard a few instances about transmissions in dodge. The one in particular I am looking at is an 03 with 20k. It has the hemi, and pretty well optioned except for leather. I would prefer leather. I am also looking at an 04 chevy Z71 with 27k.

I recently sold my 1996 Dodge 3/4 ton 4X4 extended cab diesel pickup. It was a great truck but at 90K miles, I had to have the tranny rebuilt. The technician said the seals dried because I wasn't driving it enough. In the last few years, I was only putting about 3K miles per year.

Before the Dodge, I had a 1988 Furd F150 extend cab two wheel drive pickup with the 5.0 litre gas guzzler engine. It was a good truck too but it was an absolute pig on gas. It had two tanks and it needed them both.

Before that, I had a Chev but that's getting to be a long time ago!

Now I'm driving a SUV at home so I can't help you too much. I've driven the new Ford, Dodge & Chev at work and they've all improved in ride quality, power and finish, especially in the past five years. I haven't had the Toyota or Nissan out yet but a buddy bought the Nissan and another who bought the Toyota and both are happy...

All else fails, grab a copy of Consumer Reports and do a comparison.

Well it looks as if I may go buy the chevy today after all. The guy is selling it to me for what he has in it, and going to sell me the extended warranty at his cost. The dealer and my father are old friends. I'll keep you all posted!
Mods to date:
383 Stroker, Heads/cam/ intake, Ported Plenum, Ported and siamesed runners, Big Mouth Manifold with EGR delete, 52MM TB,TPIS Long Tube Headers, 3" exhaust, Dynomax UltraFlow Mufflers, Holley AFPR, MSD 6AL, 30# injectors,255 LPHWalbro fuel pump, Vortex Ram Air, MAT Relocation kit, TB Bypass,Heated 02,2400 RPM stall torque converter, Pioneer Head unit, Infinity speakers. 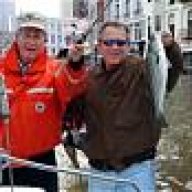 It's been a really nice truck though, very comfortable and nice riding.

vetteboy86 said:
Thanks for all the suggestions and comments. I ended up buying the chevy yesterday. Hopefully pictures to follow....
Click to expand...

vetteboy86 said:
Thanks for all the suggestions and comments. I ended up buying the chevy yesterday. Hopefully pictures to follow....
Click to expand...

It's an 04 with 27k miles. However it didn't start this morning, and I didn't think much of it, put the charger on and in a minute or so it started. Well today going to lunch I had to jump it again. They guy I bought it from swears he never had a problem with it.

He told me to swing by to see if I had something on. Well what could be on when the ign is off and key out?? I now have some people telling me it could be the starter, or the solenoid, or even the remote start. I find it hard to believe the the starter or solenoid would decide to work when a jump box was hooked up. Maybe I have a bad cell in the battery. I am also giong to look under the dash at the wiring job on the remote start.

Was the truck being driven daily before you bought it or was it sitting around? I don't know about the '04 but my '01 has map lights and an under hood lamp that will stay on with the keys out.

I agree with you about the starter working when the charger is hooked up. I'ts a good idea to look at any after market wiring that the previous owner added to the truck.

Many auto parts stores will test your battery for free and let you know if it has a developing problem.

I really dont believe it is the battery unfortunately. When the truck starts it cranks well with no hesitation. The lights come on bright. The guy did tell me he never used the remote start, however I tried it the other night. It worked last night but not this morning. Tonight leaving work the truck started fine. I went a few places after work and no problems. I am going to look under the dash for new wiring and check all connections.

Good Luck. Let us know what you find.

The truck has started every time. I am at a loss. I guess I will just wait for the next time, hopefully there wont be a next time. Does anyone know where I can find out what options my truck is equipped with, I am sure I can get a window sticker somewhere??
Mods to date:
383 Stroker, Heads/cam/ intake, Ported Plenum, Ported and siamesed runners, Big Mouth Manifold with EGR delete, 52MM TB,TPIS Long Tube Headers, 3" exhaust, Dynomax UltraFlow Mufflers, Holley AFPR, MSD 6AL, 30# injectors,255 LPHWalbro fuel pump, Vortex Ram Air, MAT Relocation kit, TB Bypass,Heated 02,2400 RPM stall torque converter, Pioneer Head unit, Infinity speakers.

if you want topost the vin i will see what i can do for an option list at work Steve
ase,gmc,olds,master tech and L1 certifed

I will surely do that sometime later today or tomorrow. I appreciate the offer.

Since I work at a Chevy dealership, if you could forward to me your VIN and a fax number, I can look up the original invoice (in most cases) and forward a copy to you.

T
I Pulled the Trigger! 42 Years in the making!