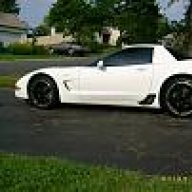 I am a Jag owner and love the car. Driving a Jag is a great experience. But I have a feeling it's would be just a tad bit too nutered to tangle with the Z06. The new XKRs are mind blowing but so are the C6 Z06s.

I say the vette would smoke the XKR 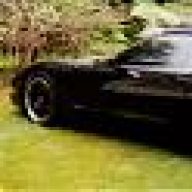 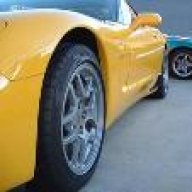 I would expect a Z06 of any matching year to a Jag would out run the Jag. But something else to consider here is that the Corvette was not just designed to be a top performer in straight line speed, but also in outstanding stopping & cornering ability.

0-60 or 1/4 mile times don't necessarily mean anything to a Corvette. But, making a high speed right turn at the end of the run and maintaining control, however does.

Jags are sexy as hell but not runners like the vette.

Z06 's crush the Jag every time. except when it comes to picking up girls..

JBsC5 said:
Jags are sexy as hell but not runners like the vette.

Z06 's crush the Jag every time. except when it comes to picking up girls..


Yeah the ladies definitely used to go for my convertible XK8... But they seem to like the Vette too....

kenlperry said:
Yeah the ladies definitely used to go for my convertible XK8... But they seem to like the Vette too....


The vette is more often than not given the thumbs up by men and kids...Young teenage or mid twenties girls..

The girls in their mid to late twenties, and thirties really dig Jag U ARS!

Both great cars ...The z06 will smoke the jag in performance but in elegance? The Jag smokes the vette..

The supercharged Jags are about equal to the LS2 in power. The extra weight makes the jaguar a better sports luxury competitor than sports car.

Now mercedes AMG powered monsters are another story at least in a straight line...

Hooked up to the automatic and they are consistant as hell too..

They will tear the Jag a new @sshole but not in sex appeal..to the women..

JBsC5 said:
The z06 will smoke the jag in performance but in elegance? The Jag smokes the vette..


You'll definitely get no argument from me here. I love the speed of the Vette and love the look of the new Jag XK.. If I had to choose between the 07 Z06 and the 07 Jag XKR I think I'd probably go with the Jag(and keep my 99 Vette too)... ha!
J

The big daddy Mercs are certainly a force to be reconed with. Then you might was well ring up the 6 series Beamer coupes too. Those are something else.

I think I was misunderstood, by posting the Jags 1/4 mile time I was showing that the Z06 Vette is faster. Not to mention the better handling capability.
Pac-Man

This actually is a no brainer

I was cruisin' in my Stingray late one night
When an XKE pulled up on the right
And rolled down the window of his shiny new Jag
And challenged me then and there to a drag
I said, "you're on, buddy, my mill's runnin' fine
Let's come off the line, now, at Sunset and Vine
But I'll go you one better if you've got the nerve
Let's race all the way
To Dead Man's Curve"

The street was deserted late Friday night
We were buggin' each other while we sat out the light
We both popped the clutch when the light turned green
You shoulda heard the whine from my screamin' machine
I flew past LaBrea, Schwab's, and Crescent Heights
And all the Jag could see were my six taillights
He passed me at Doheny then I started to swerve
But I pulled her out and there we were
At Dead Man's Curve

Well - the last thing I remember, Doc, I started to swerve
And then I saw the Jag slide into the curve
I know I'll never forget that horrible sight
I guess I found out for myself that everyone was right

I think that pretty much sums up this topic!

Achilles said:
I think that pretty much sums up this topic!

That would have been a great end to this thread, but i'd rather get credit for another post.

http://fifthgear.five.tv/jsp/5gmain.jsp?lnk=201&model=1067&description=Jaguar XK8 << felt guilty so I added this link.
You must log in or register to reply here.