I am looking at a 1989 Corvette with the auto transmission. What kind of performance would one expect from this car with no after market modifications?? What was the horsepower rating for this year Corvette? Thanks!!
S

I don't have the book in front of me, I'm sure someone that does will post also, But as I remember, the '89's ran pretty good. They had the good transmision by this time, and the tuned port fuel injection. I don't think they hit 300HP yet by then but the perfomance was pretty good............Steve

Hey, welcome aboard Iceman! The '89 had 245 horse @ 4300 rpms. I would imagine this to run a mid to lower 14 sec. qtr mile time on regular tires. When my '85 was bone stock(only 230 horse) I ran consistant 14.20's with good Mickey Thompson tires. I also had the automatic trans. The '89 is a good year. The computer uses a "speed Density" system to calibrate such things as fuel delivery, spark, etc. This system also allows the elimination of the old Mass Air Flow sensor(like I had on my '85) allowing for a much larger "accordian" intake hose. If you can get the car at a decent price and it rides well........get it! Hope this helps......
Jay
S

Welcome to the fold, Iceman!!!

The Mass Air Sensed System was still being used for the '89 production year. The only physical difference between the Mass Air Sensed system and the Speed/Density system is whether a Mass Air Flow (MAF) sensor or a Manifold Absolute Pressure (MAP) sensor is installed.

As far as rear ratios and auto trans are concerned, I believe the AT rear end ratio was in the mid to high 2's. Your launch won't be quite as good as a manually equipped vette but you'll hold your own. You will not be disappointed in the '89.

Shamster said:
The Mass Air Sensed System was still being used for the '89 production year. The only physical difference between the Mass Air Sensed system and the Speed/Density system is whether a Mass Air Flow (MAF) sensor or a Manifold Absolute Pressure (MAP) sensor is installed.
Click to expand...

Thanks for clearing some of that up Shamster
Jay
S 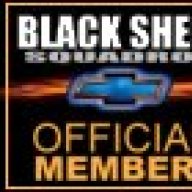 Regarding the 240 HP vs the 245hp my understaning is, its very simple to see which one it is. On each of the mufflers there are two outlets. On the 245 HP they are both functional. On the 240 HP one is blocked off. Somewhere I read that the block off was mainly for the convertibles so it wouldn't be too loud. (Can you believe that?)
91 Black Convertible

>>The Mass Air Sensed System was still being used for the '89 production year. The only physical difference between the Mass Air Sensed system and the Speed/Density system is whether a Mass Air Flow (MAF) sensor or a Manifold Absolute Pressure (MAP) sensor is installed.<<

All the port-injected engines have MAPs whether they have MAFs, or not.

Engine controls that use mass-air flow to set the fuel schedule use a MAF to measure the mass of the air going into the engine. A mass-airflow system tends to be a bit more accurate in its metering of fuel, however, this accuracy doesn't really affect performance but it does affect driveability and emissions to a small extent.

Speed density systems meter fuel by computing the air going into the engine by measuring it's density and the engine speed. "Speed-dense" systems are less expensive to manufacture but require faster and more accurate processing.

When wide-spread use of electronic port injection began, many engines used MAFs because the computers weren't robust enough to make the calculations for speed-dense to work well. In the late 80s, GM switched over to speed-density because the technolgy advanced enough such that computers capible of making the fast computations were available. In the mid-late-90s MAF systems became popular again because of the improvments this type of system makes in exhaust emissions.
Hib Halverson 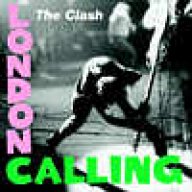 I also ran across some specs out of an old performance article (can't remember which one) claiming that an 1989 convertible did 0-60 in something like 5.7 seconds. I can't remember if this was for a manual or automatic transmission, though.

Hope this helps a bit...
You must log in or register to reply here.

C
Anyone near Cary, NC?