I've seen a few others here and there.

Eric,
I was lucky enough to have ordered and sold them when new. They were so late in production that reproduction will be VERY hard, since the 1972 VIN included some pertinent information, including engine, etc.
I sold one or two myself and my sales guys sold the rest (big metro Atlanta dealer then). We had four or five, I believe, of the original 286. The local Atlanta zone office was pushing the "Corvette" dealers (those that weren't scared by them and sold quite a few) to order them. They knew the LT-1 wouldn't be available for 1973 and had plenty of low compression LT-1 engines to use up in Corvettes and Z-28's. (Had a few of those too!)
Yours is beautiful! We had an Elkhart Green/Saddle leather coupe and a White/Saddle leather (full optioned) Convert with hardtop that were among my favorites. 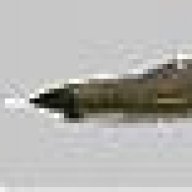 Gary,
The only number I heard from '72 to the mid 80's was 286. I've only recently seen the number 240 as a total production number. Convertibles were/are my favorite and we had two or three at our place alone. I'd guess easily 1/3 would have been convertibles or maybe about 100. That's just a guess, nothing factual to base it on. If I had one, I would do more research to try to quantify both numbers. Anyway you slice it though, they are rare pieces and owning one is a rare pleasure.