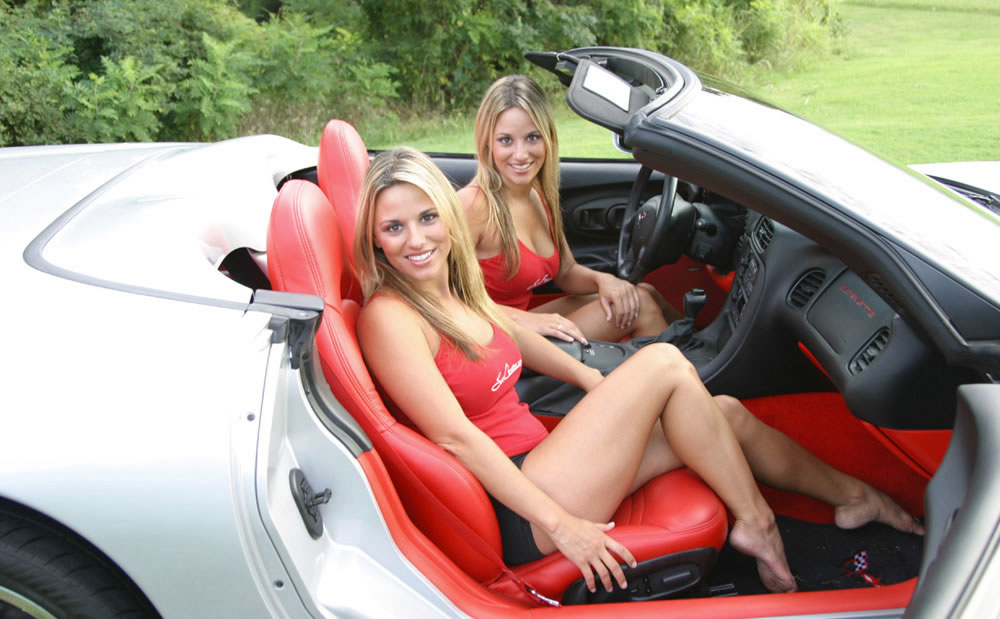 Now that I got your attention with that leader board image, it's come to my attention that a long standing tradition among new and old-timer Corvette owners alike, is dying a slow death.

It's a simple sign of affirmation and camaraderie among Corvette owners that just simply says, "HEY! NICE VETTE!"

Have you ever wondered where the slogan, "Save The Wave" came from and what it means? Below is an article that first appeared in the August/September 1969 issue of Corvette News. The article was entitled "Save The Wave". Remember, this article was written and published in 1969!

There's one item of standard equipment that comes as a pleasant surprise to every new Corvette owner. It's an instant wave of recognition he or she receives when he meets one of their ilks on the road. The first time it happens, they will be taken by surprise. He immediately thinks:

He has been mistaken for Stirling Moss.

His lights are on.

He has just been given the bird. 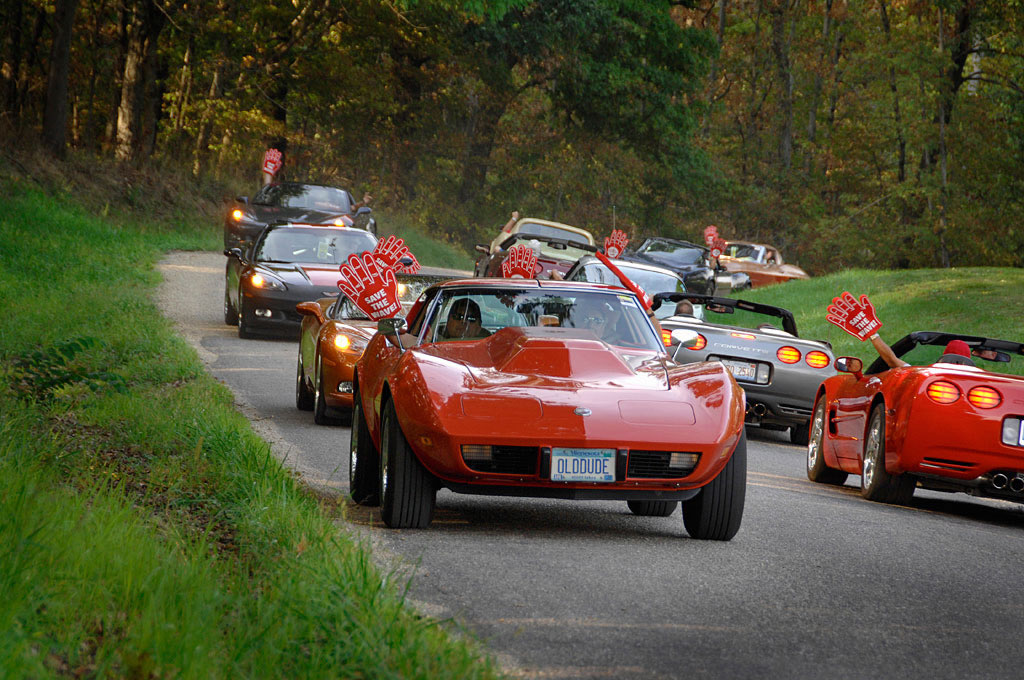 Soon, however, the new Vette owner anticipates, indeed even relishes, encountering other Vettes as he drives. During this period, he experiments with his waves, running the gamut from the gaping "yoo hoo" to the ultra cool "two finger flip." He perfects his timing, making sure he affects neither a too-early wave, nor the jaded "oh brother" too-late variety. Determined not to be one upped, he even develops a defense mechanism for non wavers, usually settling on the "Wave"? My hand was just on the way to scratch my head" approach. (This is especially useful when you're not driving your Vette, but you forget, and like a dummy, you wave anyway.)

Indeed, one of the most perplexing problems facing a would-be waver is what to do when driving next to a fellow Vette owner. Passing him going in opposite directions is one thing. Greetings are exchanged, and that's that. But what happens when you pull up next to a guy at a light, wave, nod, smile and then pull up to him at the next light, a block later? Wave again? Nod bashfully? Grin self-consciously? Ignore him? Or take the chicken's way out and turn down the next side street? If you're expecting an answer, you won't find it here. Sad to say, some questions don't have any.

Corvette drivers also have a unique problem: to wave or not to wave. This miss or misses who borrows her man's Corvette for the first time is immediately faced with this quandary. Should she wave first and look overly friendly, or ignore the wave and look like a snob? Most ladies who drive their own Vettes prefer to suffer the latter rather than take a chance of being misread. For this reason, all girls are excused for occasionally failing to return a well-meaning wave. So are new owners who are still learning the ropes.

There is no excuse, however, for a guy who refuses to return the wave, not out of ignorance, but of arrogance or apathy. While this type of behavior is the exception to the rule, it seems a few owners of newer models refuse to recognize anything older than theirs, while some others simply won't wave, period. Boo on them. These ding-a-lings don't seem to realize that they are helping to squash a tradition that had its beginnings back when most of us were still driving tootsietoys.


My first experience with the wave was when I was a little kid.

My parents owned a beautiful 1969 Jaguar XKE. I can remember my mother driving the car and she would suddenly wave out the window or flash the headlights. I asked her what she was doing and she explained to me that Jaguar XKE owners wave to one another as a sign of acknowledgement and to just say "hi".

As I got older, I realized, Jeep owners wave, owners of certain BMW models wave and MINI drivers wave.

So if Jeep owners and MINI owners wave, why can't Corvette owners keep the wave alive?

Besides, if you start the wave early enough as you're approaching another Corvette, you never know who might be behind the wheel of that oncoming Corvette.

(Scroll back up and take another look at that leader board image...)

Source: Save the Wave