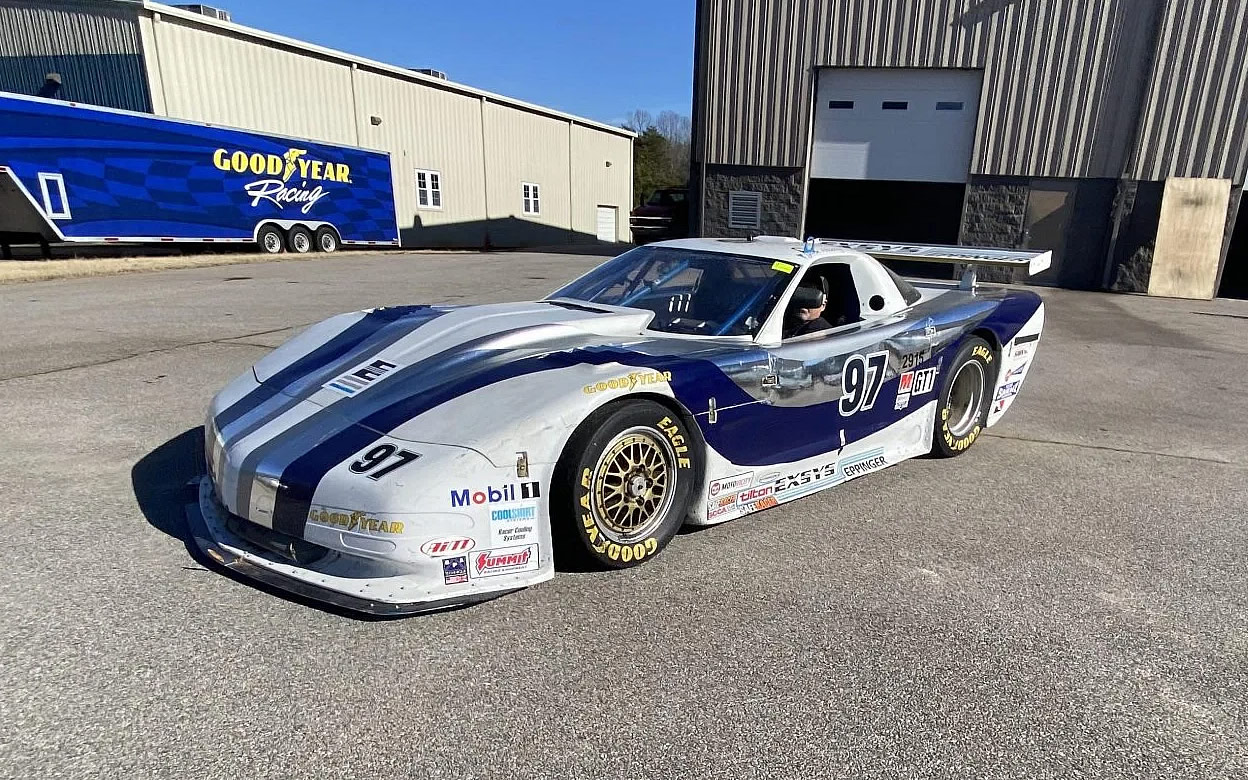 Being an occasional weekend racer myself, every now and then a Corvette pops up for sale with an interesting pedigree that gives me those warm fuzzies. This SCCA GT1 Race Car is one of those Corvettes! 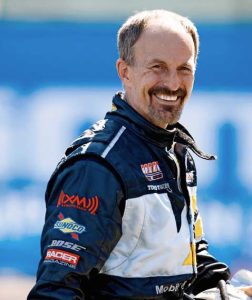 Not many people may remember John Heinricy, but he was the man behind bringing the Corvette back to its competitive ways.

He worked for many years as the manager of the Corvette Development Group at GM's Milford Proving Ground and eventually became the Corvette Assistant Chief Engineer in 1990. During that time, he focused on vehicle handling and dynamics and helped make the Corvette a credible force against the competition both on and off the race track.

A co-worker gave him the nickname of "Heinrocket" because he became well-known for setting some incredibly quick lap times and qualifying times during competitive practice sessions.

He also played a key role in the development of some of GM's highest performance vehicles such as the Camaro, Firebird and Cadillac CTS-V and contributed to the development of the 1999 Corvette C5-R race car which was GM's return to a factory-backed racing effort. 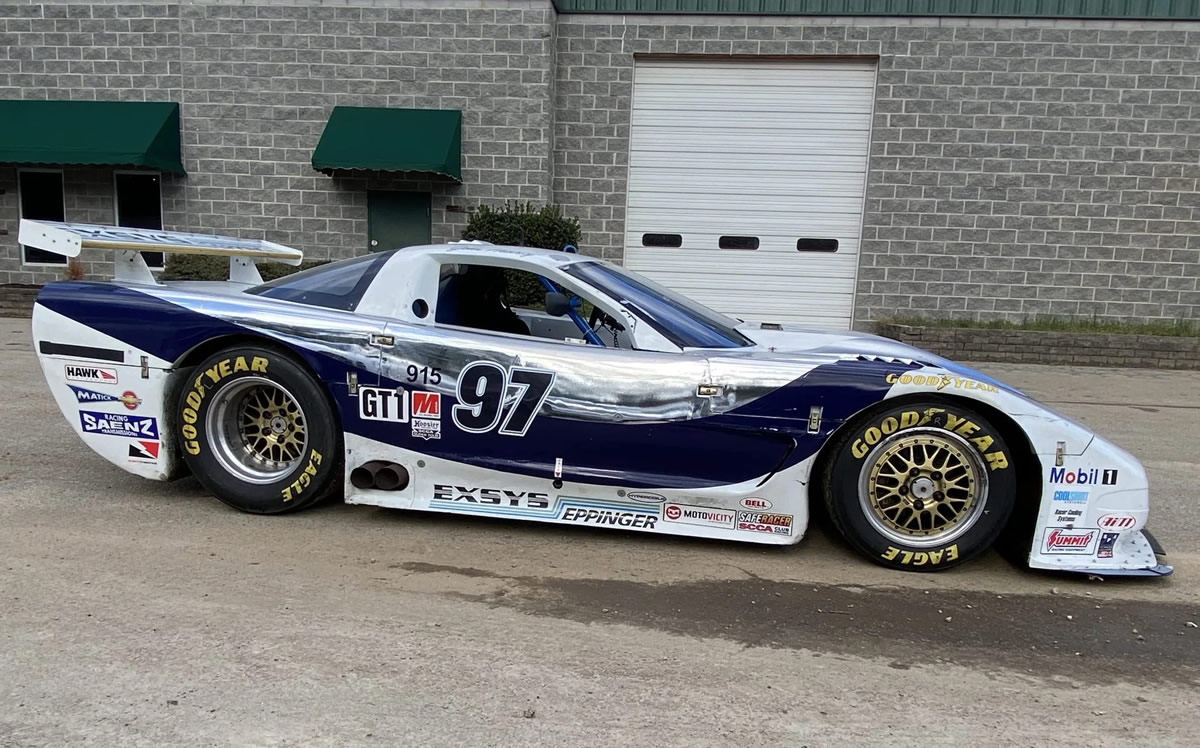 It was built for SCCA GT1 competition and driven by John Heinricy for the Exsys-Eppinger team between 2015 and 2017.

This exact car is now listed for sale on the Bring A Trailer website. While an official log book isn't mentioned in the listing, we were able to find a historical photo of the car being raced by John: 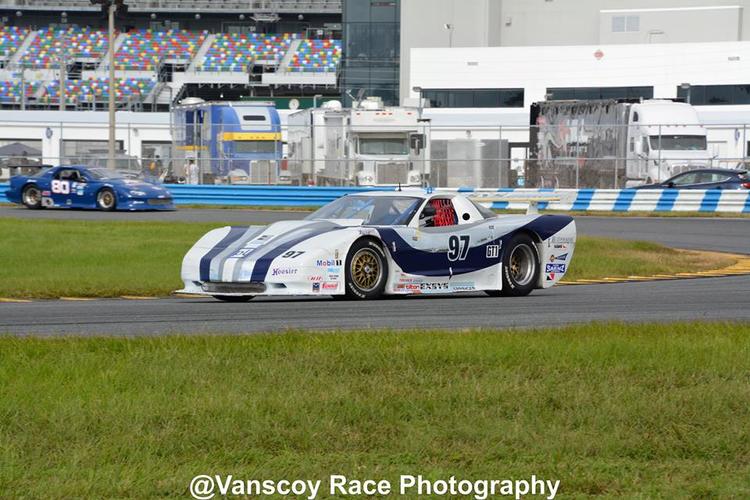 Five-time winner John Heinricy # 97 Corvette was a would-be contender in the much anticipated GT-1 race against Stewart Bachmann # 68 Camaro and Michael Lewis # 12 Jaguar XJR (Mustang bodied) but suffered driveline problems in practice that could not be repaired in time for the race.

This Chevrolet Corvette is a custom tube-frame race car equipped with a C5-style fiberglass body, and it was built for SCCA GT1 competition and was driven by John Heinricy for the Exsys-Eppinger team between 2015 and 2017. Power is provided by an Advanced Engine Concepts 358ci V8 paired with a SAENZ five-speed sequential transmission, and features include a front splitter, plexiglass front and rear windows, an adjustable rear spoiler, a roll cage, an onboard fire-suppression system, and a Kirkey Racing seat. Additional equipment includes four-wheel disc brakes with a brake bias adjustment knob, multi-piece BBS racing wheels, and a pushrod-style suspension system with inboard adjustable coilovers. Spare parts that will accompany the car include a Hewland ST-030 gearbox assembly, an assortment of spare transmission gears, spare clutch discs, a spare bellhousing, and additional wheel hoops and centers, and the battery and fluids were replaced in preparation for the sale. This Corvette GT1 race car is now offered by the selling dealer in Virginia on behalf of the charitable organization Racing For Heroes with a bill of sale.
Click to expand...

While it may look raw and crude, it's a Corvette race car and I'm willing to bet that it's one hell of a blast to drive on a track!

If you're looking for a weekend track toy, head on over to the Bring a Trailer website for all the juicy photos and details. Remember, it's listed for sale on behalf of a charitable organization: Racing For Heroes!

About the Racing For Heroes Organization​

Racing for Heroes provides the Veteran community new mission with a purpose and place to belong.

There are too many heroes who need a shoulder to cry on, a patient ear to listen and a hug to let them know they are not alone in their daily battle. We provide that space and we know the challenges, because many of us face them too.

Through our participation in research studies, the scientific community is proving that the excitement and adrenaline of racing, also helps Veterans with Post Traumatic Stress (PTS) and Traumatic Brain Injuries (TBI) by improving neurological and emotional connections damaged by trauma.

Our health and wellness programs support Veterans ready to find alternatives to addictive drugs and self medications in order to better handle the challenges they face in civilian life.

We are an approved 501(c)3 Veteran Service Organization who asks for your support!