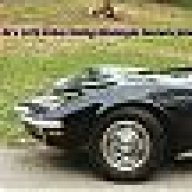 I've been reading the posts on temperatures rising.

Does anyone else share similar systems. On hot summer days I cannot do any highway driving without the temp gage going beyong 240+. If I'm traveling threw cities where the average speed is about 30mph, temp gage won't go above 200 if I don't stop for hours. But if I have to get onto an interstate where you need to maintain 65mph, my temp. rises amost immediately. If there's no exits for miles I need to turn the heater on to cool it down. While the outside temperture may be 90 degrees, inside seems like an inferno. My wife refuses To ride in it if we're going to any events on HOT days( which isn't a BAD thing, sometimes.:L) I've flush out the system several times over the years and the system is fine. The fan operates the way it's suppose to, there are no leaks, and I've replaced the heater core Installed a lower degree thermostat and had the radiator tested. It runs fine for city driving, but overheats on highways. If we're having just 70 to 80 degree days then it'll run just a little over 200 degrees on the highway. Any sugguestions besides NOT driving it long distantes on HOT summer days.
PS....By the way the only air I have for cooling down inside is to remove the tops and back window, and that doesn't help either.

AJ,
Have your radiator rodded out or have the core replaced with a 4core. Also I would put a 185 thermostat back in as that will keep the water longer in the radiator for cooling. Make sure your shroud is up against the radiator with no space.. Hope this helps.

aja37,
When all else fails to cool down your vette there are two sure things that will. 1. Change your water pump to a new high flow pump. This may solve your problem. If not, step 2. would be to upgrade your radiator to a more efficient design such as the all aluminum BECOOL unit. Before you start spending bucks you might want to verify that your sending unit and temperature gauge are reading correctly.
Dale
6

You should check your clutch fan to be sure it's working if you have one.
J

Don't overlook the water passages in the block - they could just be filled with crud. For $0. you can remove the pipe plugs on the side of the block and poke around - I was rewarded with a torrent of water and crud from mine, significant cooling improvements were gained. It really doesn't take much to reduce the efficiency of my BB.
Lance '66 L72
G

My son is a Dirt Track racer and its amazing all the little things that can cause a motor to run HOT!

All of the above suggestions are good advice. Let me add a couple more. Advanced timing will make an engine run hotter, check your distributor timing. Radiator hoses tend to soften with use and age. They can collaspe or ballon at higher speeds depending on intake or outlet application. Replace them if they look inflated or are soft to the squeeze. Check your overflow expansion tank, when operating properly it will collect pressure overflow water when running hot and return it to radiator when it cools down.. Replace your radiator pressure cap with a new one.

From my experience higher capacity radiators will not correct an impedience problem.


"KISS"
Keep It Simple Simeon, check the easy possibilities before you make hard changes. Eliminate one thing at a time until you find the cause.

Thanks everyone so far for all the input. As GreyGhost sugguested I'm going to start with all the easiest applications 1st and move on if I need to. I still have a few months before we get into the really hot weather, so I should have plenty of time to solve the problem. All my questions here so far has yeilded Great results. I'm soooo happy that I found this site, and hope to continue to get input and hopefully give some along the way in return......AJA and his 70coupe

I have been having some what of the same problem. Today I was taking the vette to the shop to get exhaust work done. While driving in rush hour at around 40 mph the car started to overheat with heater on. When I stopped, the car dropped to around 180 degrees. Everything has been replaced except the water pump. How old is your's? The shop owner suggested that over time the impeller has rusted and the fins are worn to the point that they are not moving coolant through the system fast enough to keep up with heat generated by moving engine. I hope this does it because there is nothing left for me to fix/replace.

Jim, I own a 1970 matching # coupe. Midnight Metalic Blue. Haven't done anything yet as far as checking the cooling systems since posting, but will be getting the car ready for the coming season. I keep it in storage until I'm sure the weather is just right for driving it. Living on the East coast, we get some real severe winters. We're just now starting to get some nice days and I usally wait until the Roads are free and clear from the sand and salt before I bring it out. Probably Mid April I will be enjoying driving and doing my nodding and waving to all the head turners that my VETTE attracks. Good luck with yours, changing water pumps are fairly easy and don't require a lot of special tools. I try and do most of my own repairs and fixes. When something MAJOR occurs I will bring it to trusted Mechanics. Take care and good driving. Maybe some of us can meet each other at a Major show like Carlise or something simular sometime.