The entire GTLM field was within 0.192 seconds at the end of the 15-minute
session. It sets up what should be a tantalizing race – the first
long-distance event for Corvette Racing since a February round of the World
Endurance Championship and the first in IMSA since the season-opening Rolex
24 At Daytona in January, which also was the debut of the mid-engine
Chevrolet Corvette C8.R.


Garcia and teammate Jordan Taylor enter as the GTLM Drivers’ Championship
co-leaders, as does Chevrolet in the Manufacturers’ standings. The
Garcia/Taylor pairing has won three times in the last four races including
two in a row.


Milner and Oliver Gavin sit third in points with a victory at Sebring in
July to their credit. Corvette Racing’s four-race winning streak is its
longest since the 2014 season.


The Corvette Racing program has won 10 times at Road Atlanta, eight of those
in long-distance endurance rounds. Gavin is IMSA’s winningest active driver
at the circuit with five wins, and Taylor is a past IMSA winner at the
track, having won twice in a prototype. Road Atlanta is one of the tracks at
which Corvette Racing tested the mid-engine C8.R during its development
phase, albeit more than a year ago. It has been a good omen so far with
victories at Daytona, Sebring, Road America and VIR – all places where the
Corvette C8.R was tested in the past.


The TireRack.com Grand Prix is scheduled for 11:35 a.m. ET on Saturday with
live coverage on NBC Sports Network starting at 11:30 a.m. ET before
continuing on Trackpass at 12:30 p.m. and returning to NBCSN at 2:30 p.m.
IMSA Radio will have the race on IMSA.com, which also will host live timing
and scoring.

ANTONIO GARCIA, NO. 3 MOBIL 1/SiriusXM CHEVROLET CORVETTE C8.R - QUALIFIED
SECOND IN GTLM: “I know where those hundredths of a second are! That’s what
hurts a little bit. When it’s that close and you don’t know how close they
are, you have to guess where pole position is. I knew pole was a 1:16.1 but
I didn’t know where in that range of 1:16.1. I knew I had the slowest 1:16.1
you could get, and I still improved by a hundredth on that last lap. I’m
sure I could find a tenth on those laps but everyone else can do the same. I
really enjoyed this qualifying where it’s all out and you’re really pushing
to go for it. It’s a shame it wasn’t enough and being that close. But we
probably chose the best race to do this. We have six hours tomorrow to move
up. It’s a good start. The Corvette is there. We had reasonably good
practice sessions and good data. The cars should be good in the heat so let’s
see where we are in the heat. If we win tomorrow by a hundredth then I’ll be
good with that!”


TOMMY MILNER, NO. 4 MOBIL 1/SiriusXM CHEVROLET CORVETTE C8.R - QUALIFIED
THIRD IN GTLM: “When it’s that close, you replay every single lap and you
think, ‘If I had done the entry to that one corner the same way on my quick
lap, that would have been pole.’ I’m sure every guy in the class had bits
and pieces where if you put it all together, it would have been good enough.
Congrats to Nick and the 911. They did better job of all of us. This was
classic GTLM qualifying with everyone super close. It’s a longer race
tomorrow, so qualifying doesn’t matter too much. I think we feel really good
about long-run pace based on practice today. It’s certainly good to be
toward the front today but I think I’m more excited about the race tomorrow
and the pace we have. It was fun to qualify. This track really lends itself
to close racing and close lap times between all of us. It should be a good
race tomorrow.” 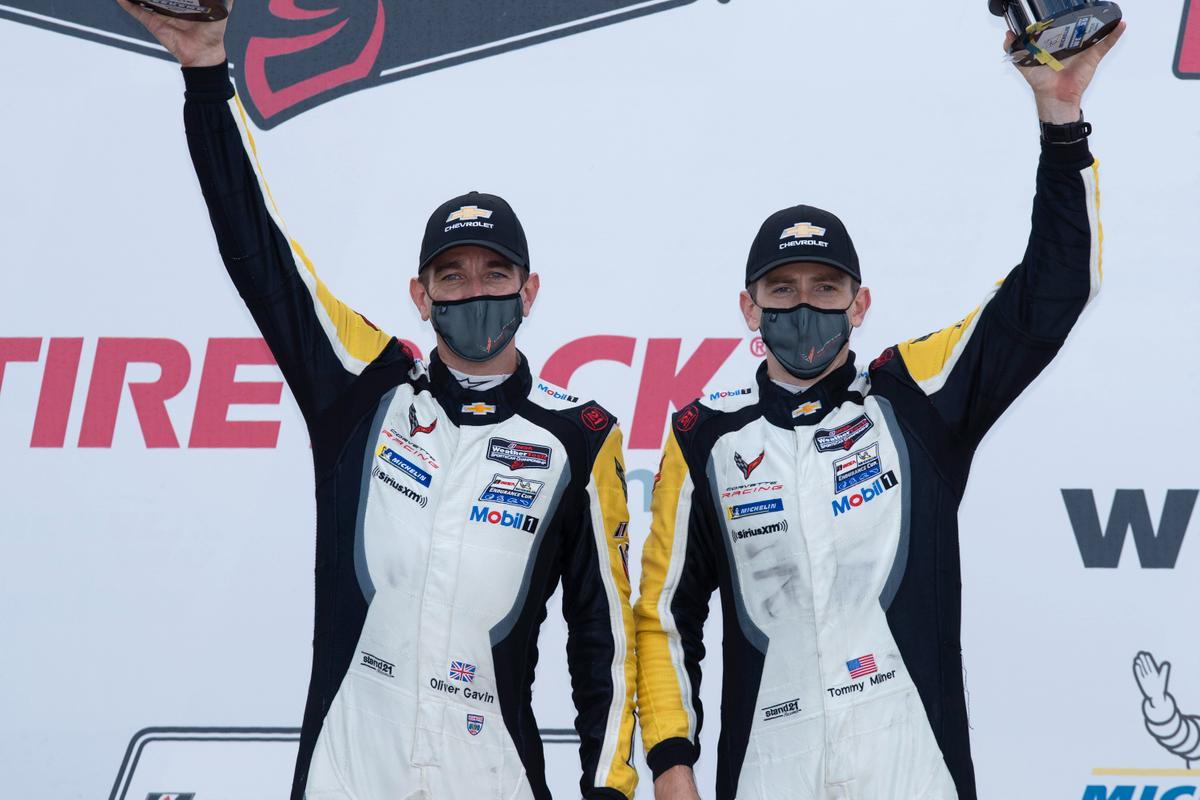