BOWMANVILLE, Ontario (July 2, 2022) – Corvette Racing’s No. 3 Chevrolet Corvette C8.R will start from the third row of the GT Daytona (GTD) category Sunday for the Chevrolet Grand Prix at Canadian Tire Motosport Park – the first race for the mid-engine Corvette in Canada.


A performance deficit left Taylor and Antonio Garcia starting similarly down the GTD PRO order a week ago at Watkins Glen International. With no significant changes to the Corvette on the performance side, the key will be gaining positions through strategy and execution – just like at The Glen.


Corvette Racing – and the rest of the WeatherTech Championship – is back at CTMP for the first time since 2019. The C8.R is the fourth generation of Corvette to compete around and over the elevation changes at CTMP since the Corvette Racing program first competed there in 2000 with the Corvette C5-R.


Since that time, the team has claimed 11 victories at the track – second-most among all venues behind only Sebring. Three of those came in Corvettes driven by Canadian and Corvette Racing legend Ron Fellows, who is co-owner of Canadian Tire Motorsport Park.


The Chevrolet Grand Prix at Canadian Tire Motorsport Park is scheduled for 3:05 p.m. ET on Sunday, July 3. The race will air live on NBC and stream live on Peacock inside the United States and IMSA.com outside the U.S. IMSA Radio will broadcast the race at IMSA.com with the call also on XM 207 and SiriusXM Online 992.


JORDAN TAYLOR, NO. 3 MOBIL 1/SiriusXM CHEVROLET CORVETTE C8.R – QUALIFIED FOURTH IN GTD PRO: "The car is good. We're just slow. It's frustrating. I felt like the lap was pretty good but we're off the pace. It's nothing we're doing wrong. We've improved the car through the weekend, and it's the best it's been since we've been here. Hopefully we can play some strategy in the race, jump ahead of some guys and hopefully hold them off.
"I think the only hope for us is big tire degradation or traffic. On speed alone, we won't be able to pass anyone I don't think. We'll have to hope for some other guys to make mistakes and hopefully our guys in the pitlane can make some passes for us." 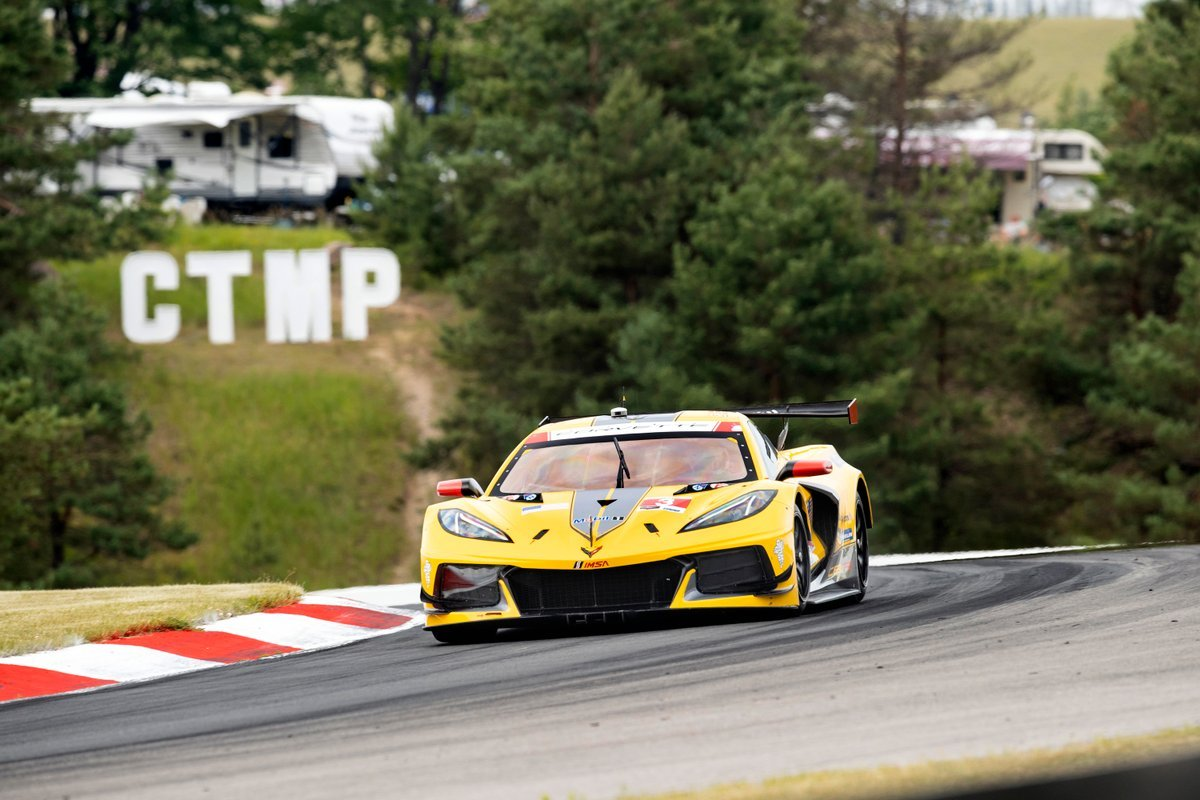