DETROIT (Jan. 18, 2022) – Corvette Racing starts a new year in a new
classification this week with the annual Roar Before the 24 – a three-day
test at Daytona International Speedway ahead of next weekend’s Rolex 24 At
Daytona.


For the first time since 2014, Corvette Racing will participate in a new
category of the IMSA WeatherTech SportsCar Championship: GT Daytona PRO (GTD
PRO). It serves as a successor to GT Le Mans (GTLM), a classification in
which Corvette Racing won more races and championships than any other
program since 2014. The next goal is to replicate that same success in a
full season of GTD PRO competition, which will feature 13 entries at
Daytona.


The team’s Chevrolet Corvette C8.Rs for the Roar and Rolex will look similar
to the GTLM trim. A revised wing profile will mean a slightly different
level of downforce at the rear of the Corvette. The C8.R will run on
customer Michelin tires, per GTD regulations.


Under the skin, the GTD-PRO Corvette will retain the same 5.5-liter,
flat-plane V8 with a slightly decreased power output over the GTLM rules
package. An anti-lock braking system (ABS), tested by Corvette Racing at
Belle Isle’s race in June, also will be featured on the IMSA C8.R along with
other driver aids that are mandated by the class regulations.


Antonio Garcia, Jordan Taylor and Nicky Catsburg won last year’s Rolex 24 in
GTLM to lead a 1-2 finish for Corvette Racing. The trio in the No. 3 Mobil
1/SiriusXM Chevrolet Corvette C8.R is back for a chance at two in a row.
Full-season teammates Garcia and Taylor won the last two GTLM Driver
championships and seek to use Daytona as a springboard to another
full-season championship run.


While Tommy Milner and Nick Tandy will contest the FIA World Endurance
Championship in 2022, they will return to Daytona in the No. 4 Mobil
1/SiriusXM Corvette C8.R alongside new teammate Marco Sorensen. Milner and
Tandy were second to their Corvette Racing teammates in the 2021 Rolex 24
with Sorensen set for his second Daytona start.


The learnings from the Roar and the Rolex 24 also will serve to further
development of the customer Corvette Z06 GT3.R that will be available to
independent teams beginning in 2024.


The Roar Before the 24 is set for Friday-Sunday with the 100-minute
qualifying race set for 2:05 p.m. ET on Sunday. Live coverage will be
available on Peacock in the United States and IMSA.com outside the U.S.

ANTONIO GARCIA, NO. 3 MOBIL 1/SiriusXM CHEVROLET CORVETTE C8.R: “Every year,
we see how important the Roar test is for race preparation. With the Rolex
24 being the first race for us in a new category, it will be difficult to
learn and understand things that every other team that has raced in GTD
already knows. We will have to play catch-up to be competitive. But I have a
lot of faith in Corvette Racing. Our experience can help us achieve that.”


JORDAN TAYLOR, NO. 3 MOBIL 1/SiriusXM CHEVROLET CORVETTE C8.R: “I'm super
excited to get back to Daytona. Even with it being a shorter offseason than
usual, it feels like it’s been forever since we’ve been at the track. We’ve
got a lot of new things to look forward to with the new GTD PRO class and a
little different C8.R than we've raced before. It’ll be our first time
having the car out on track with competition in this spec, so it’ll be
interesting to see where we stack up. There’s going to be a long list of
items we’ll be wanting to check off throughout the Roar test to give us
confidence going into the Rolex 24.”


NICKY CATSBURG, NO. 3 MOBIL 1/SiriusXM CHEVROLET CORVETTE C8.R: "The Roar
will be super important for us - maybe even more than the last couple of
years. It's an all new class and the field is much bigger and very
diverse... simply bigger than years before. So it will be interesting in
learning about who is strong where, which drivers are strong and where we
fit in. It's going to be interesting to find out where we are with our car
compared to the other GTDs. We haven't had an extreme amount of running in
this spec so we are definitely going to use the Roar as a big learning tool.
I'm excited to jump back in the car. It's a little different now with ABS of
course and some minor differences. It's going to take some adjusting again.
Coming off our Rolex win last year, it's definitely a positive feeling
coming into the Roar. I'm looking forward to it."


TOMMY MILNER, NO. 4 MOBIL 1/SiriusXM CHEVROLET CORVETTE C8.R: “At the end of
last season, I didn’t think we would have the chance to race in IMSA this
year. So this is a nice bonus to get us back into the groove of racing.
Things will be a little different with some changes to our Corvette C8.R for
the new GTD PRO category but they are items we’ve tested before in the
simulator and on the track. So much of the success you have at Daytona is
down to the preparation going into the race. I feel that’s where we are
really strong. It looks like it’s going to be a deep and competitive field
so let’s see how myself, Nick and our new teammate Marco pick up over these
three days.”


NICK TANDY, NO. 4 MOBIL 1/SiriusXM CHEVROLET CORVETTE C8.R: “Daytona this
year will be a challenge but it’s one we’re looking forward to. It’s looking
like a very strong grid in GTD PRO, which should make great racing but also
means getting a top result that much harder. It’s a brand new class to IMSA
racing, however it shares many technical and sporting regulations with GTD
and some of the teams transitioning from GTD to Pro might have a bit more
experience and knowledge. One thing that Corvette Racing knows is how to win
long endurance races so we go with high hopes, but we also know we still
have work to do. For example the Roar test will be the first time the C8.R
will run in GTD spec at Daytona. For me personally, it will be the first
time I drive the car in GTD trim with the spec Michelin tires used for our
class. The test days often don’t seem to last very long so we’ll need to be
well prepared to make the most of all the on-track running we can get. I’m
also personally excited to work with Marco for the first time. We first
raced against each other back in 2007 in Formula Ford so I’ve known him a
long time even though we’ve never shared a cockpit together. I’m sure he’ll
fit in perfectly and be a big asset to our team alongside Tommy and myself."


MARCO SORENSEN, NO. 4 MOBIL 1/SiriusXM CHEVROLET CORVETTE C8.R: Honestly, I
can’t wait to meet and work with the full Corvette Racing team and get
things going. To go racing with a team like this is going to be a real
pleasure. I met some of the team at the race shop and got my first real look
at the C8.R and spent some time in the simulator last week. It's a really
good setup and very useful to help me get ready for Daytona. The Roar and
the qualifying event are obviously good opportunities to get some laps in
the car and get comfortable with everything so we can get the job done in
the real race.” 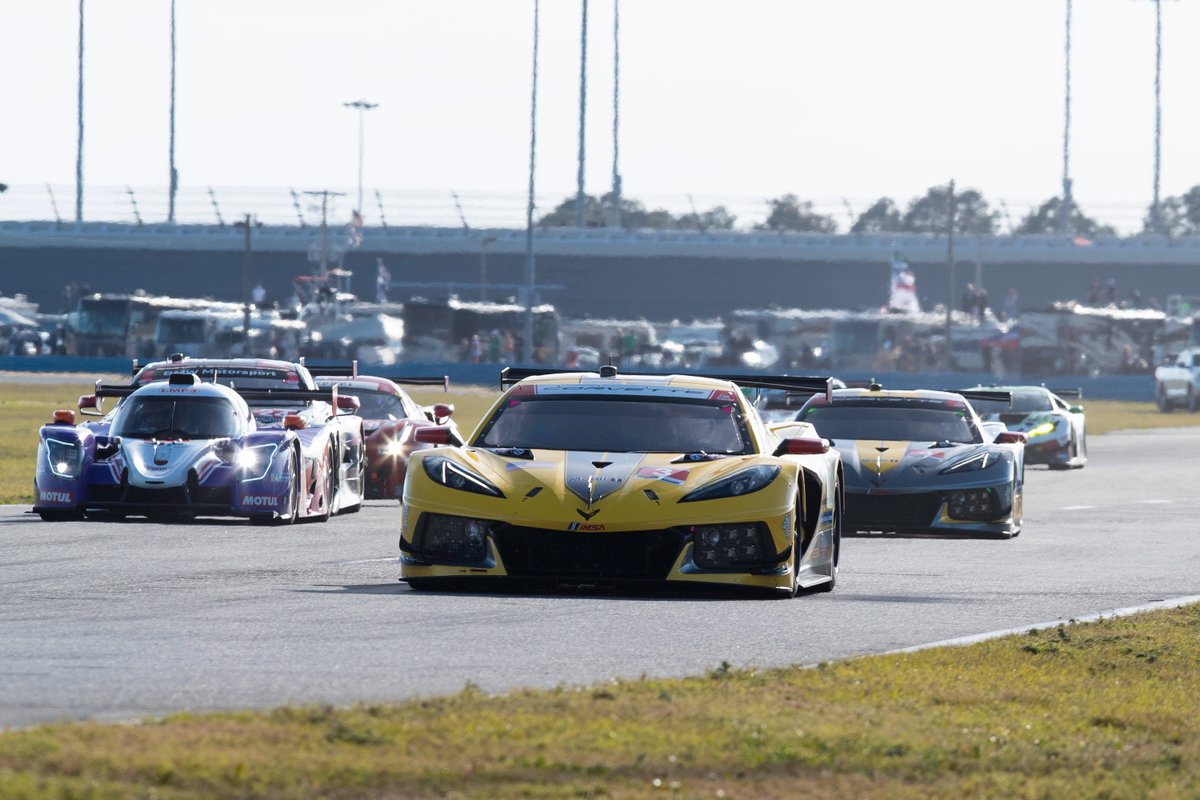