PRESS RELEASE:
Another GTLM front-row lockout with Gavin second in No. 4 C8.R

SEBRING, Fla. (July 18, 2020) – Corvette Racing claimed its second consecutive pole position in the IMSA WeatherTech SportsCar Championship as Jordan Taylor turned in the best GT Le Mans (GTLM) qualifying time for the Cadillac Grand Prix on Saturday in the No. 3 Mobil 1/SiriusXM Chevrolet Corvette C8.R.
Taylor’s best effort was a 1:55.634 (116.436 mph) lap for his first career GTLM pole in the Corvette that he shares with Antonio Garcia. Oliver Gavin was just behind in the No. 4 Corvette that he drives with Tommy Milner – only 0.381 seconds off the lead C8.R.
Garcia and Taylor delivered Corvette Racing’s first victory with the mid-engine C8.R and the team’s 100th win in IMSA two weeks ago at Daytona, a race in which Gavin was the fastest qualifier just ahead of Taylor.
The Cadillac Grand Prix at Sebring is set for 5:30 p.m. ET today with live race television coverage on NBC Sports Network, NBCSports.com and the NBC Sports App. IMSA Radio will broadcast the race on IMSA.com, which also will host live timing and scoring.
JORDAN TAYLOR, NO. 3 MOBIL 1/SiriusXM CHEVROLET CORVETTE C8.R – GTLM POLE WINNER:"This one was a little bit unexpected. At Daytona, we thought we would have pace because we were there for the Roar and the Rolex 24, and had a lot of data to go by to improve the C8.R. Coming here was a big unknown. We did two of testing in February, but it was private testing so we didn't know how quick everyone else would be, and where our strengths and weaknesses would lie. There is limited practice time here again, but we had a couple days on the simulator where we worked on a few things. This morning to be honest, we were a little off the pace and bouncing around a little. The Corvette Racing guys made a lot of big changes for qualifying, and the Corvette was super nice to drive. It's my first pole with Corvette and first one of the No. 3 C8.R, so that's special to do it at a historic track like Sebring. I'm excited but the race is going to be a much different story with the what type of weather might come later on today."
TALK ABOUT THE MOMENTUM OF THE TEAM RIGHT NOW.
"It's great to be up front and now trying to follow up our first win. I think everyone was down during the quarantine time – stuck at home and stuck in the shop and hoping all our work would pay off. Now we've proven it at Daytona with the win and it's gotten everyone excited and showing on the track how much work we’ve done. There's a lot of good momentum and we hope to carry it on throughout the season."

OLIVER GAVIN, NO. 4 MOBIL 1/SiriusXM CHEVROLET CORVETTE C8.R – QUALIFIED SECOND IN GTLM: "It's positive result for the team to have both Corvettes up front and get another 1-2 in qualifying. Due to the lack of dry running, both cars went different directions for qualifying to try and learn more in time for the race this evening. Our car was good for a couple laps and I thought there might have been more in it, but the balance just started to go away. It seemed Jordan really managed to nail it and get that lap together for pole. Hats off to him and everyone at Corvette Racing for another good day. We'll try to carry that forward into the race. The weather will play its part, but we don't know how or when. We'll be ready for whatever is thrown at is." 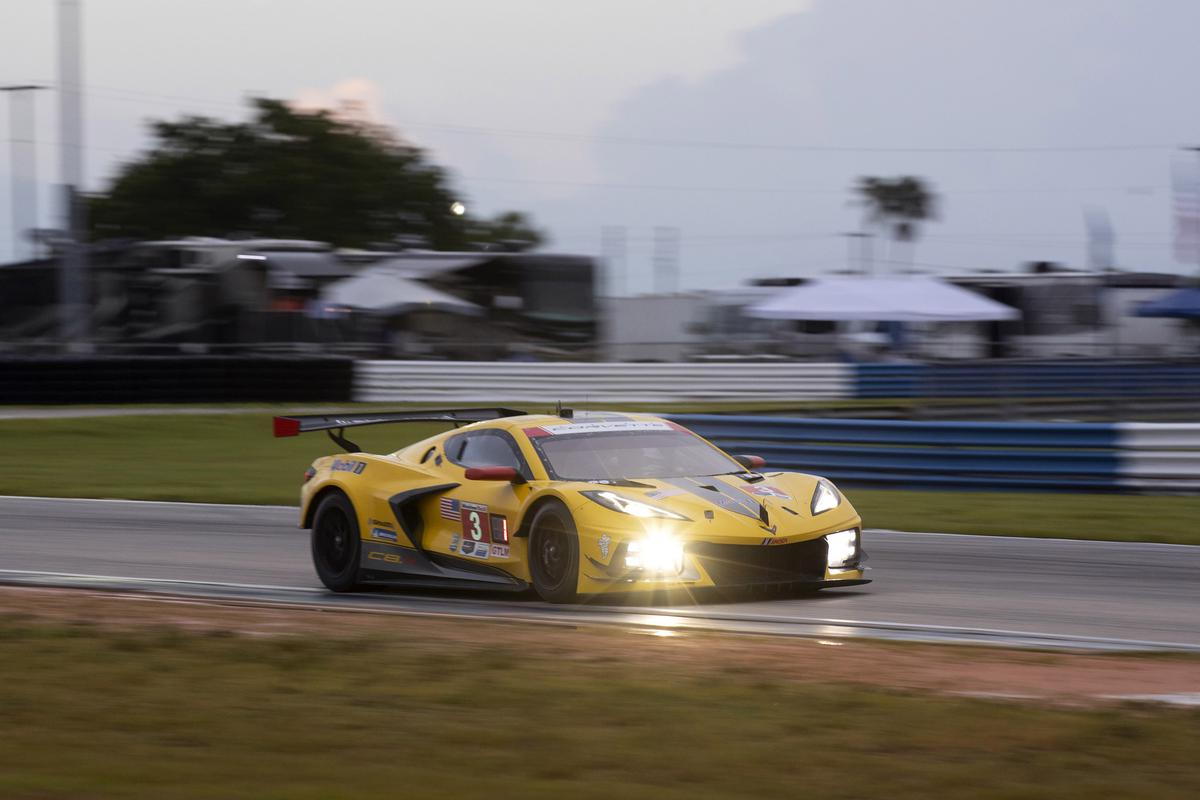