Fourth in GTD PRO for Garcia, Taylor and No. 3 Corvette with Le Mans up next


CORVETTE RACING AT LAGUNA SECA: Just off the Podium
Fourth in GTD PRO for Garcia, Taylor and No. 3 Corvette with Le Mans up next


MONTEREY, Calif. (May 1, 2022) – Corvette Racing made the right strategy
calls Sunday and put itself in position for another incredible comeback in
the IMSA WeatherTech SportsCar Championship. Things didn’t exactly pan out
in the best way but Antonio Garcia and Jordan Taylor still came out better
than where they started with a fourth-place finish at the Hyundai Monterey
Sports Car Championship at WeatherTech Raceway Laguna Seca.


The No. 3 Mobil 1/SiriusXM Chevrolet Corvette C8.R challenged for a third
straight podium in the new-for-2022 GTD PRO class. The team now takes a
break from IMSA competition and will prepare for its annual trip to the 24
Hours of Le Mans in June with eyes on a ninth class title in France.


Starting at the back of the GTD PRO grid Sunday and in the middle of the
regular GTD field, Corvette Racing elected for a three-stop strategy in
attempt to gain early track position. Taylor brought in the No. 3 Corvette
25 minutes into the race on the strategic call from team engineers for fresh
Michelin tires and fuel. The move paid off as Taylor got back around ahead
of the No. 14 Lexus, which stopped a lap later in an attempt to mirror the
Corvette Racing strategy.


Things got better with a full-course caution on the following lap. The
Corvette strategists called Taylor back to the pitlane for a fuel top-off
under yellow once the GTD pits opened, sending the No. 3 C8.R to the class
lead.


Misfortune struck on the restart with Taylor falling back slightly and
suffering contact, which pushed the No. 3 Corvette to third in class. Any
damage was minimal as Taylor drove another 57 minutes until giving way to
Garcia, who went the final 60 minutes without another stop. Garcia whittled
a four-second deficit to the third-place BMW of Connor de Phillippi to a
half-second inside the final seven minutes, with both within 1.5 seconds of
the second-place Lexus at the same time.

Corvette Racing’s next round in IMSA is the Sahlen’s Six Hours of The Glen
on June 24-26 from Watkins Glen (N.Y.) International.


ANTONIO GARCIA, NO. 3 MOBIL 1/SiriusXM CHEVROLET CORVETTE C8.R – FOURTH IN
GTD PRO: “Things almost played out our way. We stopped first and the Lexus
followed us from the same position to cover us. In a way, I think it was a
smart race from our point of view. We got the most out of the pace we showed
over the weekend. I knew I had to do more than 40 laps on the last stint on
the same tires so I didn’t want to kill them. I think everyone was
struggling with tires. It was difficult. The different cars achieve lap
times in different ways, so when we race BMW for example, it’s very
difficult. I got close to them for about four or five laps before traffic
got very bad. Without that, maybe I would have had a shot but it’s the way
it is around here. Traffic is always very bad at Laguna when we are all
struggling with tire degradation. Coming out fourth and being able to maybe
get P2 with what we had, I think we have to be happy. I feel just a little
disappointed that I couldn’t find my way through to gain those positions.”
On to Le Mans: “It will be fun. Going from this race track with the least
amount of grip in GTD PRO, it will feel like we are in LMP1 at Le Mans! It
will be nice to get back into WEC and GTE Pro mode as fast possible. I can’t
wait to work with the 64 guys again to get a good result for both
Corvettes.”


JORDAN TAYLOR, NO. 3 MOBIL 1/SiriusXM CHEVROLET CORVETTE C8.R – FOURTH IN
GTD PRO: “From where we started the race, we had to take risks with strategy
to make things happen. Fortunately the first call to pit early and the early
yellow put us to the lead. I didn’t have a good restart, which shuffled me
back to third. I think we were going to be third or fourth on pace with the
other guys’ strategies. So it’s not the greatest day but looking at the
weekend as a whole, the race is what counts for points. We’ve learned a
little bit so hopefully we can go to Watkins Glen and be in a little
stronger position.”
On to Le Mans: “I’m already thinking about it. It’s nice to shift gears and
go back to the GTE spec of the C8.R. I’ll go to the simulator in the next
week-and-a-half to do some Le Mans prep, and I’m looking forward to that. It’ll
nice to get back over there and redeem ourselves from last year.” 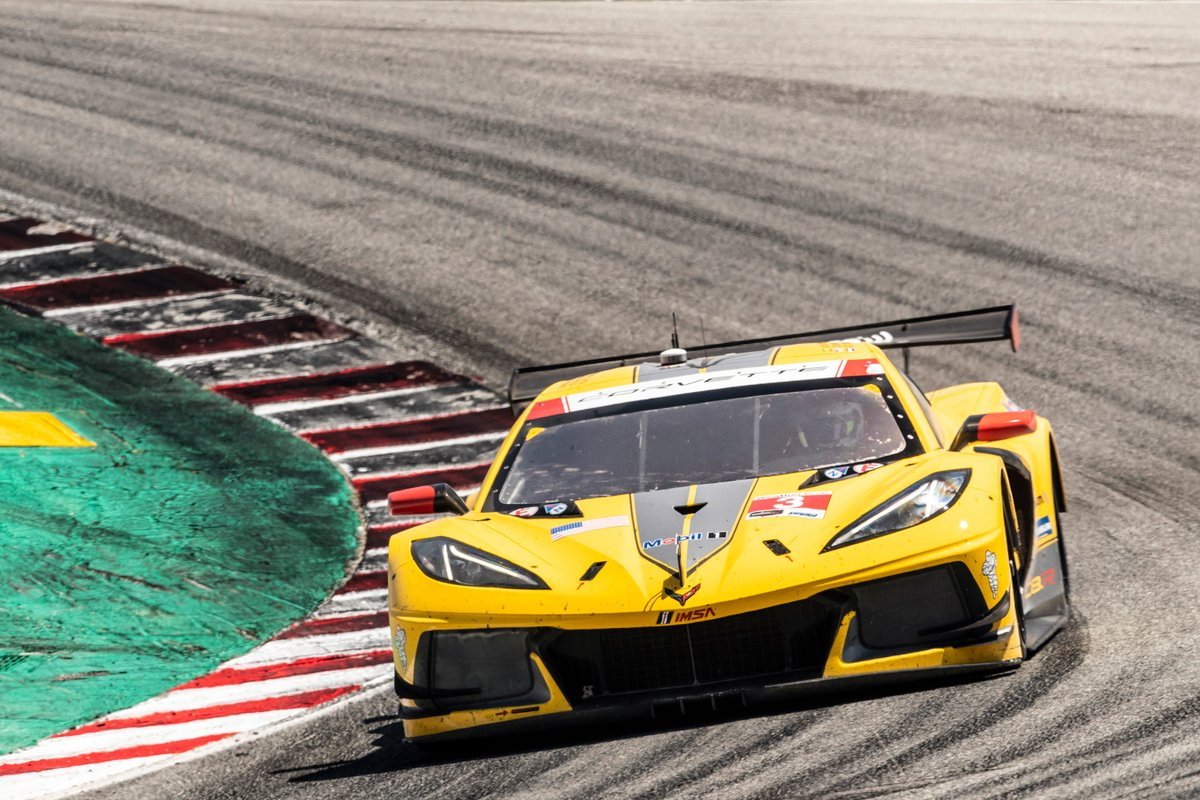