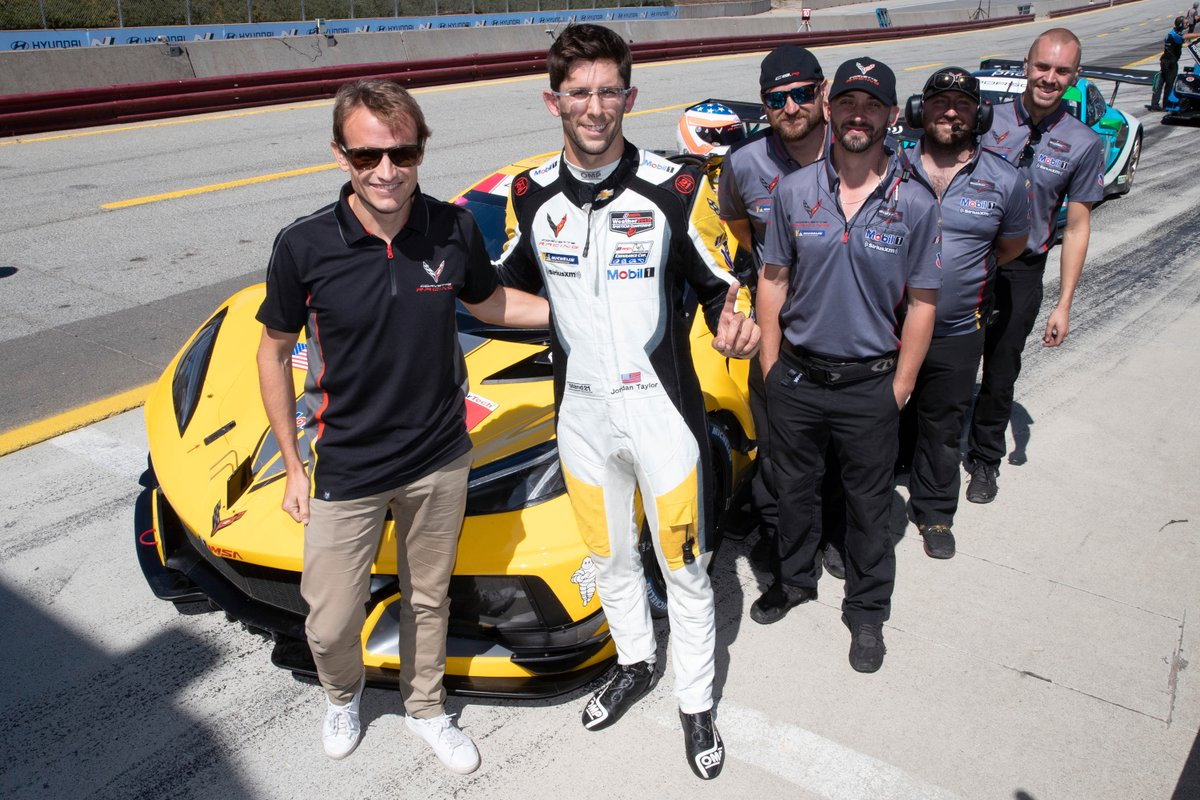 All-Corvette front row in GTLM after tight battle with Milner, No. 4 C8.R


Taylor and Garcia lead the GTLM Drivers Championship as they seek to repeat their title win from 2020. The pairing have won four times this year including the season-opening Rolex 24 At Daytona to start the year.


Milner and Tandy are second in GTLM points, and they were quickest in the two practice sessions leading up to qualifying. Both Taylor and Milner stressed the importance of race setup to help conserve their Michelin tires over the course of a full stint instead of going for single-lap pace.


This is Corvette Racing’s 23rd consecutive start at WeatherTech Raceway Laguna Seca. The program has won seven times in Monterey but is seeking its first victory there since 2014.


Corvette Racing will contest the Hyundai Monterey SportsCar Championship at 4:10 p.m. ET on Sunday. Live television coverage from NBCSN will start at 4 p.m. ET with live streaming coverage on TrackPass and NBC Sports Gold. Live audio coverage from IMSA Radio will be available on IMSA.com, Sirius 219, XM 202 and SiriusXM Online 992.


JORDAN TAYLOR, NO. 3 MOBIL 1/SiriusXM CHEVROLET CORVETTE C8.R – GTLM POLE-WINNER: "It was good. We were a little bit behind the 4 car all weekend. They seemed to be a little bit stronger throughout practice. We made some big changes in Practice 2 and even into qualifying to separate the two setups (for qualifying and the race). We found some things for pure laptime but I don't think they're going to work for a race setup. It's nice to get the pole and get those points. We have an idea of what we need to do for the race from a setup point of view. So it's nice to start out front but at the same time, I think tomorrow is going to be a different picture."

KEYS TO WINNING THE RACE: "Last year was our first year here with this new Corvette. Having that under our belt and understanding more about tire degradation, what tire compound to be on and the strategy of when to pit when we're catching GTD cars (are important). Every year we are learning new lessons. We learned a lot last year and already have learned a lot through yesterday and today. We're in good shape but at the same time, you never know what's going to happen in these races with yellows and the different strategies. We'll have to stay on top of our game."


TOMMY MILNER, NO. 4 MOBIL 1/SiriusXM CHEVROLET CORVETTE C8.R – QUALIFIED SECOND IN GTLM: "All things considered, the cars are good. We were fastest in the two sessions that don't count and on the one does kind of count, we were a little bit off. It was a good lap from Jordan. I was happy with our car, though. I didn't put it all together but I think we have a good Corvette for the race. This track is super-tricky with tires and strategy. You can get cars stuck in the gravel pretty easy, so cautions play a big role in the outcome of the race, as well. We need to be on top of our game and do whatever we can early on in the first part of the race to build as big a gap as we can to hold off the Porsche."
HAPPY WITH RACE SETUP? "You definitely have to manage the tires at this track. The surface is pretty low-grip but it's also pretty high-wear, too. It makes our job pretty difficult but it's the same for everyone. We saw in the GTD class that some of those guys did only one lap for their qualifying and parked it. (In GTLM), we don't have to start on our qualifying tires, so we were able to push for the whole session. We definitely have an eye toward making the car and tires maybe not fastest over one lap but fastest over one stint."