GM Press Release: CORVETTE RACING AT LE MANS: 20 Years In Their Own Words

Press Release:
Ahead of landmark 20th consecutive appearance at the 24 Hours of Le Mans

CORVETTE RACING AT LE MANS: 20 Years In Their Own Words
Ahead of landmark 20th consecutive appearance at the 24 Hours


LE MANS, France (June 13, 2019) – No program in endurance sports car racing
can claim a longevity to match Corvette Racing at the 24 Hours of Le Mans.
Not only is this is the program’s 20th consecutive year at Le Mans, each
year has been with Chevrolet and the Corvette brand. The success has been
substantial with eight class victories in 19 attempts.


Ahead of this weekend’s 87th running of Le Mans, Corvette Racing leadership
and drivers offered their thoughts on this historic milestone.


JIM CAMPBELL, CHEVROLET U.S. VICE PRESIDENT, PERFORMANCE AND MOTORSPORTS:
“This is Corvette Racing’s 20th consecutive appearance at the 24 Hours of Le
Mans. Every single year is an absolute honor to race at Le Mans. We’re proud
to have celebrated eight class wins and many podium finishes with Corvette
owners and supporters from around the world. The tens of thousands of miles
completed at Le Mans continue to help us learn lessons on the track that
transfer back to our production vehicles and powertrain systems for the
showroom. The Corvette owners’ passion and support of this race program is
one of the reasons why we continue to compete at Le Mans each year.”

ANTONIO GARCIA, NO. 63 MOBIL 1/SiriusXM CHEVROLET CORVETTE C7.R: “Corvette
Racing is a huge part of Le Mans. Even though people focus a lot of
prototypes, we always have a large group that follows us at the race and
around the world on TV and radio. It’s a big honor for them to follow us.
“I’ve already been there 15 years, but Corvette Racing has been there a few
years longer! I don’t see any other team that has been going to Le Mans for
such a long period year after year. Corvette Racing needs Le Mans, but I
also believe Le Mans needs Corvette Racing.”


JAN MAGNUSSEN, NO. 63 MOBIL 1/SiriusXM CHEVROLET CORVETTE C7.R: “I don’t
know if sports car racing will see a program like Corvette Racing again. It
is unique with how this program has been put together and run for the last
20 years. That’s what makes being part of Corvette Racing so special. None
of us knew when we joined the team that we were going to be here this many
years for Le Mans. That’s one of the strengths of the program – the
continuity in the team. Everyone knows each other so well that we can work
to the strengths of everyone on the team. I’d say it’s a huge advantage. It
doesn’t mean we will win every race, but we do have the biggest chance to
not making mistakes because there are very few unknowns. As a driver, I
really like that.”

MIKE ROCKENFELLER, NO. 63 MOBIL 1/SiriusXM CHEVROLET CORVETTE C7.R: “What
stands out to me about Corvette Racing is that it is an American team that
comes over every year for 20 years to Le Mans. It shows how important Le
Mans is to Corvette Racing, but also Le Mans appreciates the attendance of
Corvette Racing as well. This program is committed and has all this
experience over the years, still we know it’s a new challenge. The Corvettes
always stand out. Even when I was younger and in my container with other
teams, you always knew when Corvette would come by! I knew that sound and
loved it, and so do all the fans.”

OLIVER GAVIN, NO. 64 MOBIL 1/SiriusXM CHEVROLET CORVETTE C7.R: “Corvette
Racing has been very loyal and determined to follow through on our
commitment to Le Mans and what it stands for. It means a lot to the brand.
Creating that image and sporting identity of racing and winning at Le Mans
each year against the other top manufacturers is a huge deal. If we are
fortunate to do it again this year, we would come away with nine wins out of
20 years! That’s an amazing average and something to be extremely proud of.
Then you think about how many races where we’ve been runner-up. For all the
victories we’ve had, there have been some extremely unlucky close calls
where we could have two, three or four more. But that’s the nature of Le
Mans and why we keep going back. You take up that challenge and fight
against the other teams and manufacturers to come away with the spoils. And
when you do, it’s the best feeling in the world.”

TOMMY MILNER, NO. 64 MOBIL 1/SiriusXM CHEVROLET CORVETTE C7.R: “These
24-hour races are unique in itself. But Le Mans is why Corvette and other
teams and manufacturers want to compete and test themselves and their
technology. In a lot of ways, this is shaping the trajectory of the Corvette
brand itself with lessons learned on the track and improving future
generations with what we learn on the racing side at Le Mans. It definitely
has had an impact on the Corvette brand and the cars people can buy every
day. If there was ever an example of how a manufacturer makes a car better
or the sentiment toward your brand, I’d say those manufacturers look at
Corvette Racing as the shining example of what can be done.”


MARCEL FÄSSLER, NO. 64 MOBIL 1/SiriusXM CHEVROLET CORVETTE C7.R: “This is
something very unique. It makes me very proud to be a driver for such a
great team. The commitment also shows the value of the success of Corvette
Racing at Le Mans. They have won many times and been on the podium many
more. It shows the professionalism of the team in the preparation and also
not having so much change within the team. This is an important thing to
have consistency within the team to improve and be fast. It develops a trust
between the drivers and the team. You are confident because you know have
the support of the program in good times and bad times. This is something
every driver appreciates and I’m very happy and appreciative to be part of
Corvette Racing.” 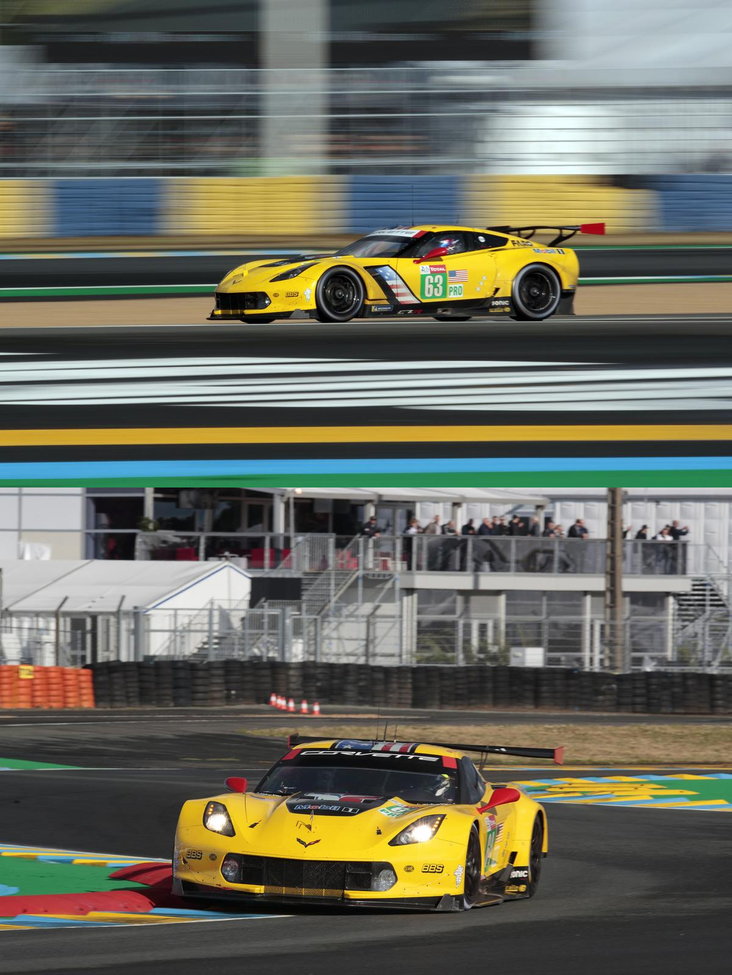